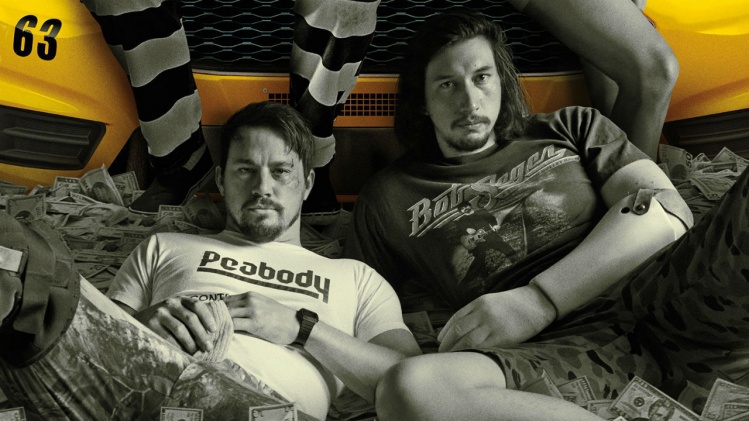 What a monster of versatility Steven Soderbergh is! Can the person behind the coolly ironic sex, lies and videotape (1989) really also have made King of the Hill (1993), a warmly heart-rending tale of a Depression-era childhood; as well as Out of Sight (1998), a sexy Elmore Leonard adaptation with hip Tarantino-esque touches; Erin Brockovich (2000), a sympathetic portrayal of a single working mom; Traffic (2000), a sprawling saga of the drug wars—and such art-house oddities as Kafka (1991) and Schizopolis (1996)? Soderbergh is that rare crossover director who’s both art house and A-list, his quirky experiments—like Full Frontal, his 2002 neo-French New Wave account of a day in the life of several Hollywood actors, shot on digital video in three weeks—alternating with sleekly popular entertainments such as Ocean’s Eleven (2000) and its sequels. Along with directing, he has also served as producer, cinematographer, screenwriter, and editor. What other film credit might Soderbergh rack up? Popcorn popper?

Recent years have, if anything, accentuated his promiscuity in style, subject, and approach. There was Che, his 2008 ode to the Cuban revolutionary. The Girlfriend Experience (2009) cast a real-life porn star in its lead role. Bubble (2005) is a murder mystery shot with no script and non-professional actors. Behind the Candelabra (2012) was an uproarious biopic starring Michael Douglas (!!) as Liberace. Magic Mike (2014) explored the life of a male stripper. Soderbergh has even made a film shot entirely with iPhones (Unsane, not yet released). In 2014 the director announced his retirement, confessing moviemaking fatigue. But now he’s back, giving us his first feature film in nearly four years.

Logan Lucky takes an iconic movie genre—the heist—and matches it to an iconic blue-collar American pastime, Nascar racing, in a down-home, hardscrabble version of Ocean’s Eleven. Instead of George Clooney and his suave insinuations, Soderbergh gives us Jimmy Logan (Channing Tatum), an ex-high-school football star with a bum knee and bum luck in life. Working an excavator at a renovation project at Charlotte Motor Speedway, Jimmy lives up the road in West Virginia, where his ex-wife (Katie Holmes) has remarried a wealthy car dealer, and his brother Clyde (Adam Driver) tends bar in a dive called Duck Tape. Both brothers have suffered blue-collar American setbacks: Clyde lost an arm in Iraq; and, at the start of the film, Jimmy gets laid off, the company informing him that his bad knee is a “preexisting condition” they cannot insure him for. He’s limping through life, with wounds both physical and psychic.

Clyde considers the Logan family cursed, but Jimmy rejects such fatalism and decides to fire back the slings and arrows of outrageous blue-collar fortune. What’s a working man to do when an honest living is taken away from him? Try a dishonest one! Soon Jimmy posts on his fridge a list of tips for How to Rob a Bank.

It isn’t an actual bank he has in his crosshairs, but the Charlotte Speedway. Having learned that the cash intake during events is funneled to a subterranean vault via a system of vacuum tubes, Jimmy plots to penetrate this system and steal the loot—and to do so during a legendary race, the Coca-Cola 600. To pull this off, he needs, of course, a crew. His team of masterminds begins with Clyde, adds their sassy sister Mellie (Riley Keough), then zeroes in on an explosives expert nicknamed Joe Bang (Daniel Craig, sporting a highly improvised Southern twang). Inconveniently, Bang currently resides in a state prison, and so the plan requires an extra little fillip—breaking him out of prison to pull off the heist, then sneaking him back in when it’s done. Rounding out the crew are Joe’s two brothers, a Mutt-and-Jeff pair of Scripture-quoting bumpkins who spout malapropisms (“the job just changed dramastically”) and excitedly discuss grand larceny even as they solemnly profess their born-again faith.

The ensuing hijinks play out before a tapestry of Southern-rural-white Americana. Central is the loud and vivid glory of Nascar, with actual footage conveying the full panoply of patriotic symbolism, including a soulful rendition of “America the Beautiful” (by LeAnn Rimes) and the requisite fighter-jet flyover. Other Southern-heritage entertainments on display in Logan Lucky range from miniature tractor races for the kids, to bobbing for pigs’ feet at a county fair, to a child’s beauty pageant in which Jimmy’s young daughter Sadie is dolled up like JonBenet Ramsey. Southern style points and social rituals predominate: for the women, rhinestone-studded blue jeans, audacious push-up bras, and deep-drawling gossip at the beauty salon; for the men, muscle shirts and muscle cars; rowdy barroom brawls, and above all, a laconic conversational style that makes these guys seem, as far as intellect goes, a beer or two short of a sixpack.

Such judgments raise the question of how in the world these yokels—the “Redneck Robbers,” as they come to be called—can possibly pull off a caper requiring this much logistical finesse, including triggering a power outage so that customers have to pay cash instead of using credit cards, stoking the flow down those vacuum tubes. There’s broad comedy to be found in the fastening of a cast of American hillbillies to a genre that so often features international intrigue, casinos, diamonds, and other avatars of glamorous high living. Channeling the Coen Brothers into a Southern version of the deadpan bucolic repartee exploited to such success in Fargo, Soderbergh is clearly enjoying himself, his tongue firmly lodged in cheek. The film credits cite a screenwriter, Rebecca Blunt, said to be an alias for the director himself (he has a history of working pseudonymously on his own films), and list Joe Bang’s role as “Introducing Daniel Craig.” Logan Lucky is an extended gag.

But at whose expense? That question ramifies especially amid the ruins of last year’s election, with liberals wincing at the charge of having overlooked, and condescended to, the white-male-workingman cohort that is Trump’s America. Logan Lucky has performed abysmally at box offices in the Midwest and the South—precisely those markets where Soderbergh surely hoped it would have particular resonance—and one suspects that its deadpan irony, applied to white rural lives and ways, has backfired. Soderbergh intends sympathy, but his means are satirical, and the result raises the specter of audiences of coastal cosmopolitans moved to mirth at these benighted hicks plotting their “Hee-Haw Heist.”

Don’t get me wrong—there’s plenty to enjoy in Logan Lucky. Channing Tatum (who played the smart but naive stripper in Magic Mike) is pitch-perfect as Jimmy; coping with serial indignities while attempting to be a father to his young daughter, he conveys reserves of wounded tenderness within his hulking, hurting frame. And Daniel Craig is a hoot as Joe Bang, all blond-spiked hair, adrenaline, tattoos, and riffing insinuation. Visited in jail by Clyde and Jimmy, who ask how it’s going, Joe replies, “I’m sitting on the other side of the table wearing a onesie. How d’you think it’s going?”

Set in West Virginia, perennially among the whitest of white states, the movie takes as its refrain the plaintive folksy wail of John Denver’s “Country Roads,” and culminates in an impromptu group chorus of the song that, for an interesting moment, bumps the register from sardonic to sincere, and hints at what a different kind of movie it might have been if Soderbergh had opted not for broad comedy, but for a serious treatment of white rural pride and woundedness. Instead, and with mischievous delight, he has refracted Ocean’s Eleven through the prism of Gomer Pyle. This kind of irony can easily be taken to condescend, and the film risks a lot with its cartoonishness. Are we laughing with these characters in their doltish enthusiasm, or at them? In terms of the red-blue divide, and the hope of bridging it—through mutual understanding, or even mutually enjoyable laughter—it’s not clear that Logan Lucky is the solution. It may well be part of the problem.