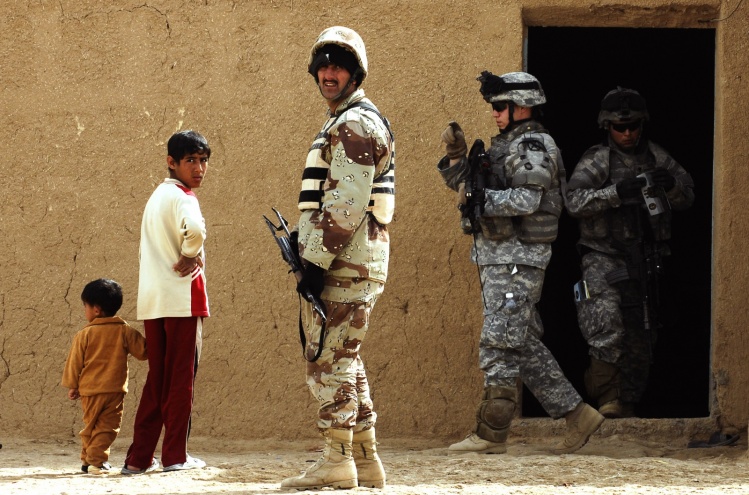 On June 17, the House of Representatives voted to repeal the 2002 Authorization for the Use of Military Force (AUMF). Forty-nine Republicans joined all but one Democrat to end the nineteen-year-old authorization that Congress gave to President George W. Bush to invade Iraq. The vote on H.R. 256, which was introduced by Rep. Barbara Lee (D-Calif.), is a welcome step in a years-long campaign to retrieve some of the warmaking powers Congress has ceded to the executive branch over the past two decades. Article One of the Constitution gives Congress the power to declare war, but authorizations like the 2002 AUMF effectively cede that role to the president. If the repeal passed in the Senate, the Iraq-specific authorization could no longer be used by any president to justify future military operations.

But the vote to repeal the 2002 AUMF will not by itself solve the problem of executive overreach. It will not even eliminate the misuse of AUMFs. The 2001 AUMF, passed three days after 9/11 and still on the books, is still the one presidents most often use to justify military action. This earlier AUMF allows the president to wage war against anyone who, in the president’s accounting, “planned, authorized, committed or aided” the attacks of September 11, 2001. In the twenty years since, the authorization has been used to justify military operations and targeted strikes in at least nineteen countries, including the Philippines, Kenya, Somalia, and Georgia.

The vote to repeal the 2002 AUMF will not by itself solve the problem of executive overreach. It will not even eliminate the misuse of AUMFs.
sharetweet

In a statement after the passage of H.R. 256, President Biden expressed support for the repeal of the 2002 AUMF. This is certainly a good thing, but the rest of the statement reveals that Biden’s position on AUMFs in general is less solid. Biden supports the outright repeal of the 2002 AUMF because the United States has “no ongoing military activities that rely solely on [it] as a domestic legal basis.” But he says he wants Congress not only to repeal but to replace the sweeping 2001 authorization, presumably because active military operations do rely on it. The replacement AUMF, Biden says, must give him the “clear authority to reduce threats”—specifically “terrorist threats”—throughout the world.

Writing in our pages, Andrew J. Bacevich has argued that Biden is fundamentally a supporter of the foreign-policy status quo: a “perpetual war” of military operations and multigenerational wars conducted throughout the world by the executive branch with little input from Congress or the American public. Under a status-quo president, a new but vague authorization to protect “national interests” from “terrorist threats” would do nothing to prevent us from continuing to stumble into endless military conflicts.

Now that H.R. 256 is passed, the Senate will vote on a bill introduced by Sen. Tim Kaine (D-Vir.) and Sen. Todd Young (R-Ind.) to repeal the 2002 AUMF, as well as the 1991 AUMF, which is still active. Senate Majority Leader Chuck Schumer has agreed to hold a vote on it, which will likely fall mostly along party lines; Senate Minority Leader Mitch McConnell has expressed opposition to repealing any authorizations. But given that the majority of Americans desire an end to our ongoing military operations, as well as a greater role for Congress in making decisions about when and how to use the military, the time could be near when Congress finally takes back some of the power the Constitution gives it.

Kaine has pointed out the dangerous open-endedness of the current AUMFs: “We pass them and then they just float out there like these zombies that can be used for mischief.” There may again be occasions when it will be appropriate for Congress to issue a new AUMF, but only in response to a specific threat and with a well-defined objective. It is an inexcusable abdication of its own responsibilities for Congress to continue giving presidents a blank check for the use of deadly force abroad.