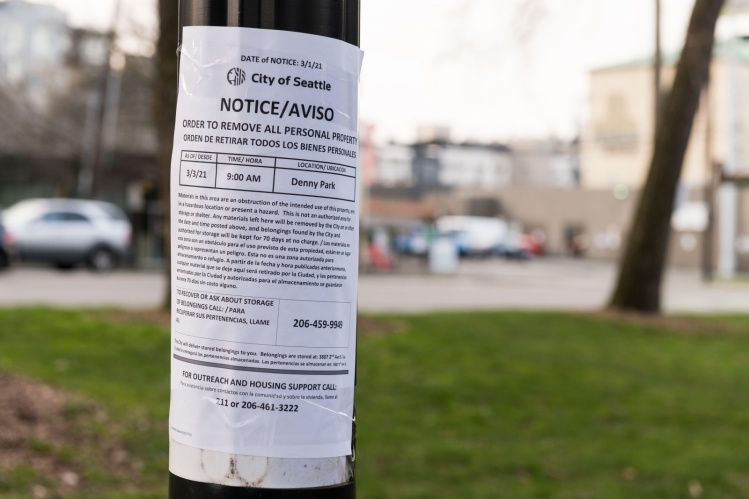 Even as the pandemic continues to recede in the United States and the economy shows signs of a strong (if uneven) recovery, another crisis looms just around the corner. Come August, millions of low-income Americans will find themselves at risk of eviction. The U.S. Census Bureau estimates that more than 10 million households—a staggering 14 percent of all U.S. renters—are behind on rent because they lost income during the pandemic, and more than 4 million are likely to be evicted in the next two months.

Because those facing eviction are also among the least likely to be vaccinated, the CDC has extended the national moratorium on evictions through the end of July. That measure provides a much-needed reprieve, but urgent challenges remain. A little less than half of the $46 billion renters’ relief fund approved under the CARES Act and the American Rescue Plan remains undistributed. This is mostly the fault of sluggish state bureaucracies; New York, for example, distributed less than half the available money last year, then waited until June of this year to open new relief applications. In other states, such as Tennessee and Washington, conservative judges have quietly quashed the CDC’s national moratoriums, allowing evictions to proceed and thereby offering a grim preview of what’s in store for the rest of the country.

Though late to address the crisis, the Biden administration is now calling for an “all hands on deck effort by local governments, courts, community organizations, and the legal community to create alternatives to evictions.” Since so much of the nation’s housing policy relies on a patchwork of state and municipal regulations, there’s a limit to what the federal government can achieve on its own. Nonetheless, the Biden administration is now taking decisive measures to keep people in their homes. To prevent potential foreclosures, Biden has ousted Trump appointee Mark Calabria from the helm of the Federal Housing Finance Agency. The Treasury and Justice departments have issued new memos to speed up the distribution of rental relief and enhance renters’ bargaining power in court. Biden has also convened a White House summit on the eviction crisis to solicit “immediate eviction prevention programs” from state and local leaders.

The U.S. Census Bureau estimates that more than 10 million households are behind on rent because they lost income during the pandemic.
sharetweet

He’d do well to consider developments in California and Pennsylvania. Last month, California Gov. Gavin Newsom announced that his state would use $7 billion in federal relief funding to pay back-rent and past-due utility bills for all low-income renters. The plan amounts to the largest single rent-relief program in the country’s history. And when landlords complain that they too are the victims of lost income, cities like Philadelphia have begun to call their bluff. The city is now allowing landlords to sue for eviction—but only after they’ve helped their tenants apply for federal aid and have demonstrated a good-faith effort at “eviction diversion” through arbitration. This is a creative way of balancing the legitimate property interests of landlords with a tenant’s right to a vigorous legal defense.

Whatever the results of current efforts to stem the coming tide of evictions, the country is long overdue for a robust public discussion about the increasing scarcity of affordable housing. That debate should put renters front and center. The government already offers a range of benefits and protections for homeowners. But as David Dayen points out in the American Prospect, we routinely treat renters with “callousness and cruelty,” punishing them with dispossession for “one false move.” It doesn’t have to be that way. Biden has repeatedly said that “housing is a human right.” He will now have a chance to show the country he means it.