Next Steps For the Trump Resistance 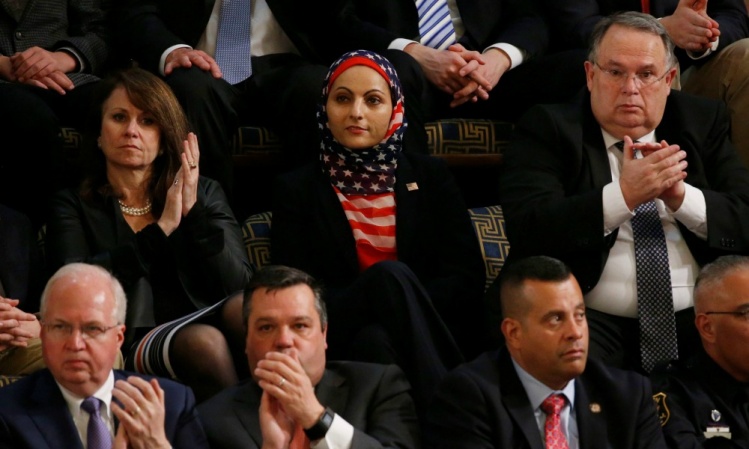 For opponents of President Trump, his first seven weeks in office went about as badly for the country as they expected. The pleasant surprise is their own capacity for resistance and political resilience. What some feared might be a Trump Juggernaut is instead the Trump Jalopy, a wheezing, unsightly contraption with grinding gears and missing parts.

Many of Trump’s problems are of his own creation. They include the lies about his team’s Russian contacts that feed suspicions of wrongdoing; the sloppy execution of his flawed-from-the-start anti-Muslim travel ban; the failure to fill scores of key government jobs; and Trump’s adolescent indiscipline highlighted by his evidence-free charge that President Obama had him wiretapped.

But Trump’s critics have also had early victories that matter. These include major court triumphs over the executive order on immigrants and refugees, crowded town halls that have sharpened doubts among Republicans about their party’s incoherent health care bill, and success in focusing widespread attention on the many unanswered questions about the Russia connection. All these reflect larger achievements: the kindling of a new energy in civil society, a new activism in politics, and a new appreciation of the free press’s role in our democracy.

Trump defenders typically denigrate these successes by arguing that his base is still intact and that the Republican rank-and-file continues to embrace him. Well, yes, but the country as a whole does not share their joy. A Gallup survey at the end of last week found that 52 percent of Americans disapproved of the job Trump is doing, while only 42 percent approved.

No matter how hard they try to contort reality, Trumpians cannot write off pluralities or majorities of Americans as being detached from the “real America."

But there is an important truth to what the president's camp is saying: Republicans in Congress who privately express grave doubts about Trump will be reluctant to break with him as long as he remains strong among those who dominate party primaries and could threaten their reelection.

So now the opposition must look ahead and grapple with two related questions: Who among Trump’s 2016 voters already have second thoughts about him, and how many of those still sticking with him are open to changing their minds?

Liberals who rightly condemn demeaning stereotypes of African-Americans and Latinos must also oppose stereotyping Trump’s white working-class supporters. The Trump camp was not monolithic. Many of Trump’s ballots, after all, came not from blue-collar strongholds but from precincts dominated by well-off conservatives who routinely back Republicans.

And the decisive votes for Trump were not cast by the passionately committed. The media exit poll found that only 38 percent of those who participated in the 2016 election had a favorable view of Trump. That’s the base. The contest was settled by those who viewed both Trump and Hillary Clinton negatively. These pox-on-both-houses voters made up 18 percent of the electorate, and went 47 percent to 30 percent for Trump over Clinton, with most of the rest opting for third-party choices. These are the Trump agnostics. They are central to our political future.

Moreover, an important minority of white working-class Trump voters in the election’s three key states (Pennsylvania, Wisconsin and Michigan) favored Obama four years earlier. They are not right-wingers. For example, in 2012 in Erie County, Pennsylvania, Obama prevailed over Mitt Romney, 68,036 to 49,025. But in 2016, Trump carried the county, 60,069 to 58,112 for Clinton.

Switchers can switch again. This means focusing in the short term on how Trump’s policies will do severe harm to many who thought he would help them. An analysis by Nate Cohn of The New York Times found that those who stand to lose the most under the Republican health care plan’s tax credits tended to support Trump over Clinton. Citizens who are hit in their pocketbooks usually notice.

In the longer run, the anti-Trump forces—like opponents of the far right in Europe—need to empathize with, not mock, those who have been left out of the prosperity that prevails in so many of the large metropolitan areas across the West. And with empathy must come serious policies to combat an economic isolation that affects Americans across racial lines and in both parties’ coalitions.

Trump’s opponents must thus keep two quite different ideas in their heads at the same time. They should be encouraged by what they have accomplished and build on it. And they should do more than just speak to each other. Resistance must be accompanied by persuasion.

The Tea Party Is Winning