The News: A User's Manual 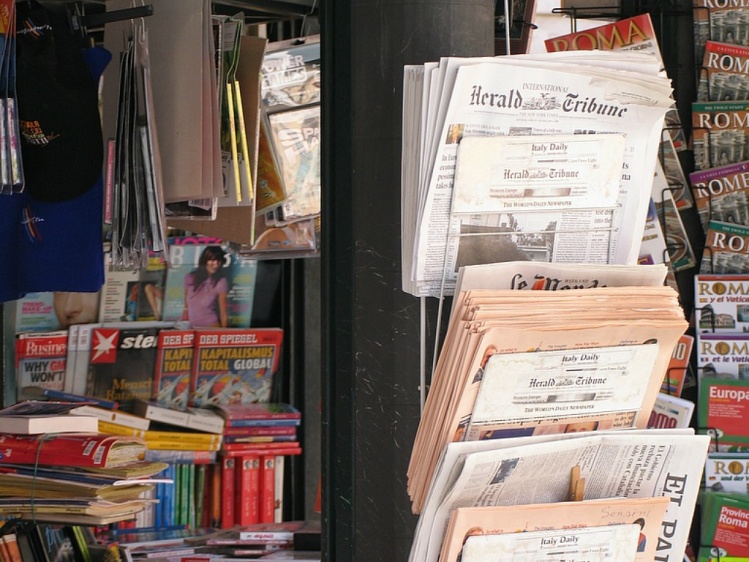 In the introduction to his 1946 autobiography, Not So Wild a Dream, the great newsman Eric Sevareid described journalists as the ultimate generalists—jacks-of-all-trades and masters of none,” he wrote, “save the trade of being jack-of-all.” The journalist’s job, said Sevareid, was to “pull together the threads of disparate thought” and “weigh them on the scales of common sense.”

Though not a journalist, the Anglo-Swiss author Alain de Botton has fashioned for himself a jack-of-all-trades beat that includes architecture, travel, love, sex, a column in the Independent, TV, pop philosophy based on some years in graduate school...and a non-believer’s guide to religion. On this last topic his message, in short, is that you don’t have to be religious in order to use some of religion’s ideas. His approach to journalism, as expressed in The News: A User’s Manual, is similar. The mind flashes back to “News You Can Use,” the original marketing motto of U.S. News and World Report; de Botton digs out the message buried in each journalistic literary form and applies it to our lives, in hopes of helping make us better persons. His m.o. is to select a bunch of headlines and offer advice—both to the media on how they should have described, say, a scandal in a more positive way, and to us on how we should use a tragedy to make us grow.

A journalism professor might begin the semester listing the primary functions of the press: educate the public; provide a political forum; entertain readers; record history; elevate culture; build community while serving as its conscience; stimulate commerce; and (oh yes) make money. De Botton’s list is a lot smaller, and highlights journalism’s function in shaping how we see and experience the world. Citing Hegel, he says that “societies become modern when news replaces religion as our central source of guidance and our touchstone of authority.” In developed economies, he says, “the news now occupies a position at least equal to that formerly enjoyed” by faith. “Matins have been transubstantiated into the breakfast bulletin, vespers into the evening report.”

De Botton calls his book a “record, a phenomenology, of a set of encounters with the news.” As for the definition of news itself, he leaves it vague. (The most down-to-earth definition was Joseph Pulitzer’s: “that which is talked about,” a definition that required editors to be tuned in to what the people are saying in the streets.) The News is not ultimately about a journalism profession faced with an identity crisis and struggling to remake itself before the last paper folds. Rather, it is about our feelings as we read and how we make use of what we read—or fail to.

De Botton is rightly restless with the profession’s “dispassionate and neutral presentation of ‘facts’” as practiced by, for instance, CNN and the BBC. Though “bias” has a bad name, he believes we should be more accepting of it, since “bias” is simply a method of evaluating events. (He does not seem to know about the New Journalism of the 1960s and ’70s, in which novelists like Norman Mailer, Joan Didion, Tom Wolfe, and John Hersey applied both their creative narrative skills and their moral convictions to subjects ranging from Hiroshima to New York liberalism.) De Botton is uneasy with the journalist’s zeal to bring down powerful politicians who have abused their offices; he does not share the enthusiasm for the Watergate investigations, which inspired a new generation of idealistic young men and women to go to journalism schools. Concentrating on “baddies,” in his view, distracts reporters from subtler evils—for example, “property owners who condemn thousands of people to live in humiliating environments”—that don’t break the law but have evil effects.

Indeed, de Botton seems to think there is very little that journalism today does right. Foreign news, he says, is not presented in a compelling way; editors wrongly assume that a bombing that kills thirty people is more newsworthy than a quiet day in a fishing village. On a visit to the BBC headquarters in London he complains that the BBC coverage of Uganda is scant on ordinary Ugandan life. A young Ugandan who has spent several years in refugee camps tells him to go to Uganda and see for himself, and he does. Arriving, he is immediately struck by the exotic smells of roasting meat and the “weavers and touracos that wheel in the light-blue morning sky.” He attends a press conference by the prime minister, who is accused of being a thief. These impressions develop into an essay on what makes a good photograph. One such photo captures the poverty embodied in a musician’s battered tuba at a parade celebrating Ugandan independence. De Botton recalls W. H. Auden’s poetic reference to Bruegel’s Landscape with the Fall of Icarus, wherein ships, shepherds and cities go their own way, not noticing two legs splashing in the sea where the reckless Icarus has plunged to his death. Foreign-news editors, he suggests, lack the vision of the painter and poet who call the Icaruses to our attention.

In line with its view of journalism’s religious function, this book seeks to bolster the news’s moral function. Gertrude Stein defined a celebrity as someone who is “well known for being well known,” and de Botton believes that too much of the media is preoccupied with celebrity. Instead, he urges the press to present psychologically rich portraits of noble-minded individuals so that the rest of us can have “secular patron saints” to rely on, instead of the merely famous. He sums things up by outlining the kinds of news stories that can make us more tolerant, sensitive to other nations, grateful for avoided disasters, and happy in spending money. Finally he advises us to forgo the news altogether, in order to pay more attention to snow geese, spider beetles, and small children.

I am grateful for de Botton’s suggestions; but I still read the New York Daily News quickly, and the Washington Post, New York Times, Manchester Guardian, and a dozen other periodicals slowly every day. I never think I am “using” the press; rather I devour it as I would the Eucharist, finding God in all things.

Raymond A. Schroth, SJ, is Jesuit Community Professor of the Humanities at Saint Peter’s College in Jersey City, New Jersey.