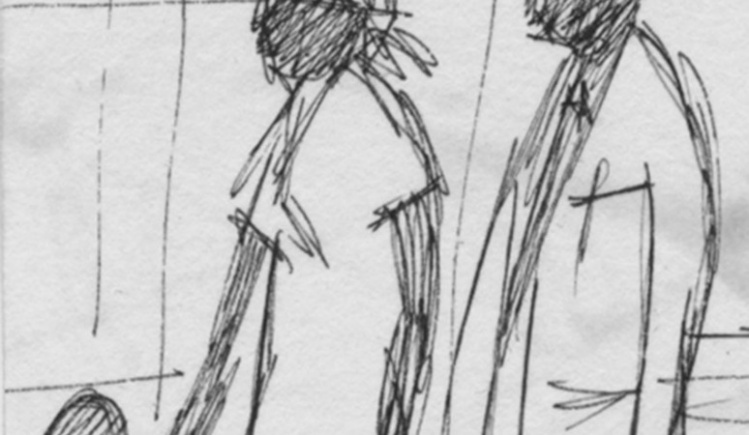 I was nine years old when my father’s mother died. I still remember hearing the phone ring and knowing—instantly—that Grandma was gone. I was already in bed for the night but I ran down to the kitchen where my mother was on the phone with my father, who had been with my grandmother in the Rose Hawthorne Hospice. My older sister had also come running into the kitchen, and we held each other tightly in that tidal wave of grief and disbelief. It was the biggest and the worst thing that had ever happened to us.

In the middle of it all, sitting on the couch with Mom, waiting for Daddy to come home, I suddenly realized that my father was now an orphan. He was forty-five (touchingly young to me now). I remember meeting him at the door when he came home and thinking how brave he was, how strong. Years later, in my twenties, I understood that being “orphaned” at forty-five was not what I thought it was when I was nine. Now that I am fifty-eight and an orphan myself, I realize that it was worse. But also better.

My mother died eight years ago, my father a little less than a year ago. I’m still emerging from those twin losses. I don’t think I will ever be the same. I still wake sometimes, panicky, in the middle of the night wondering where they are. I still think of things I want to tell them. I still wonder what they would make of my life, my dreams, my stories. I still have questions that only they could answer. I miss them. Dreadfully and physically. There is a void in the center of my heart. I ignore it most of the time and carry on, because that’s what we do. But something has been torn out of me. Yet, strangely, I think I’m a better person now.

Does anything ever prepare us for the loss of our parents? When I was a young adult, I believed that when you reached your forties and fifties, you were beyond needing your parents. I was closer to the truth when I was nine. By the time my own parents died, everything had shifted. They were no longer the center of my life, and their new dependence meant that, whenever I was with them, I took on the role of parent myself, guiding them, making their decisions, steering them through life as I saw fit. That fact somehow made me feel I would be ready to let go when the time came.

But something funny happened when the time came. Time sped up or telescoped or folded in on itself—I don’t understand it and I don’t know how to describe it—and I found to my surprise that the immediate past had merged with the distant past to make a coherent present that was whole and entire of itself. Mom and Dad were young when I first met them—in their early thirties. As I grew up, I listened to their stories of times before I was even born, when they were younger still. I lived with them through their middle years and absorbed their lives without even being aware that I was doing so. I got married when they were the age I am now and I remember thinking in my youthful self-absorption that their lives were ending as mine was taking off.

Of course, that wasn’t true: their lives remained as full and as busy as mine is today, and I can see this now. But it took their deaths for me to understand fully the complete human beings they were—to realize that they had once been children, teenagers, college students, young adults, and that all of those selves were contained in the selves I knew as a child and took care of as an adult. They had friends, ambitions, secret fears. They had regrets. They had love. I, who loved them unconditionally my whole life, feel as if I am getting to know them at last. Now that they are gone, the complexity and richness of their lives is so much clearer to me. I wish I could talk with them again. I would ask for their thoughts on some of the things that I am thinking about now. I would go with them for long walks. I would introduce them to podcasts. We would discuss politics.

I find myself constantly calculating their ages in relation to my own, as if they are contained within me, living through me and I through them. They are a part of me now in ways they never were when they were alive and my love for them feels deeper and more complete. St. John Chrysostom is supposed to have said: “Those whom we love and lose are no longer where they were. They are now wherever we are.” It’s a pretty thought, and a comfort. Now I see it is also the plain truth.