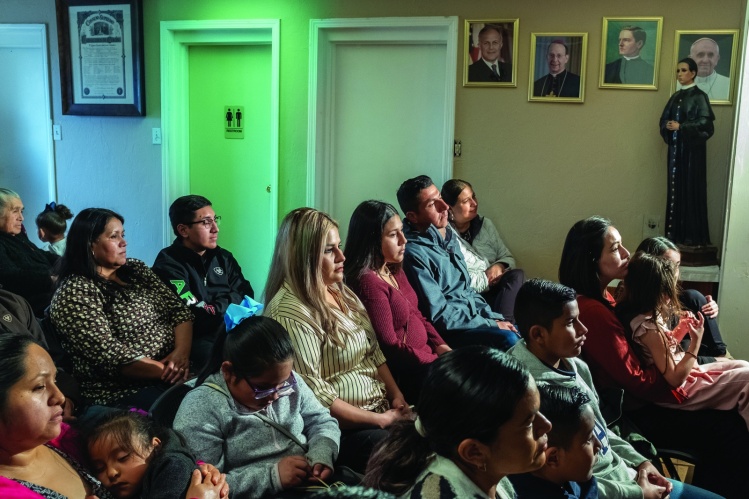 I first heard about Out at St. Paul (OSP), the LGBTQ ministry of St. Paul the Apostle Church in Manhattan, on a date. I was new to New York City, a PhD student in theology who still had not come out to my Midwestern evangelical family. My date was a confident medical professional and lay leader who invited me to his LGBTQ-affirming parish. I appreciated the invitation, but was not ready to accept it.

Years later, after I’d been in my first serious relationship, found a theological home at Fordham University, and settled into my calling as a gay man, I visited OSP for the first time. The Mass I attended took place just after Pope Francis met with Kim Davis, the notoriously homophobic Kentucky clerk who refused to issue marriage certificates to lesbian and gay couples, when he visited the United States in 2015. The pontiff who asked “Who am I to judge?” had broken my heart. I felt betrayed. I needed to be with my people.

The community that OSP provided that night—and ever since then—has been a balm within a church that continues to wound.

I am not alone. The ministry—set on the northern edge of Hell’s Kitchen, New York’s lively gayborhood—has a mailing list of more than five hundred. Many LGBTQ people have embraced their Catholic faith because OSP exists. Some were expelled from other parishes. Others lost their biological families when they came out.

OSP began in 2010 when Fr. Gil Martinez, then head-pastor of St. Paul the Apostle, noticed a number of parishioners who, in another era, could be described as “festive,” “flamboyant,” or “queer.” How could he better minister to the lesbians and gays under his spiritual care? He had a heart for his neighborhood and the multitudes of LGBTQ people exiled from the church. A decade before Fr. Gil’s arrival, there had been a vibrant lesbian and gay ministry at the parish led by Catholic activist Donald Maher, but that was a distant memory for most. Fr. Gil began a new work that fostered servanthood and spiritual formation for lay leaders.

Since its founding, OSP has never tried to hide that it serves out and proud Catholics. The parish prints OSP’s calendar of events in the bulletin alongside other ministries. OSP members give announcements at the end of Sunday’s 5:15 p.m. Mass. The ministry even celebrates a Pride Mass every year in Sheridan Square, the hallowed ground outside the Stonewall Inn where the modern movement for LGBTQ liberation began.

This openness to LGBTQ Catholics has made OSP a target for the Archdiocese of New York and outside agitators. Why can’t LGBTQ Catholics just stay quiet? Shouldn’t they join Courage, the church’s twelve-step program for those “afflicted by same-sex attraction”?

As a gay man, it often feels impossible to remain Catholic. So much of the church’s official teaching is harmful and so many of its leaders are homophobic.
sharetweet

What makes OSP necessary is its affirmation that LGBTQ people are created in the image of God. Many OSP members are partnered or married. Our diverse sexualities and genders are expressions of the divine, gifts to the church and world. We are not ashamed of God’s goodness revealed in our romantic and sexual relationships, which testify against a tradition that describes us as “intrinsically disordered.”

Our parish is full of allies. Many young people and families do not want to be part of a homophobic church. We welcome LGBTQ people as lectors, Eucharistic ministers, Sunday school teachers, and choir members. Without them, these ministries would languish. Hospitality toward LGBTQ people also advances the charisms of the Paulist Fathers. Following the example of their founder, Fr. Isaac Hecker, the Paulists carefully listen to the Spirit’s calling, which has led them to minister at the margins for more than a century and a half. OSP is a Gospel ministry of reconciliation and healing.

OSP’s mission “seeks to engage our Catholic faith through service to our community, social activities, and the exploration of Catholic spirituality.” Service takes the form of a monthly dinner at the Gay Men’s Health Crisis, where OSP members prepare and serve meals to folks living with HIV/AIDS.

[30 percent of Catholics attend a parish other than the one closest to their home. See the data here.]

Social activities double as opportunities for evangelism. We regularly meet newcomers in gay bars who may be afraid to enter a church but are happy to discuss faith over a drink. We hold a monthly supper club at local restaurants to foster intergenerational friendships. Other social events include holiday parties, dance classes, museum trips, and hiking.

OSP’s emphasis on spirituality becomes clear at its quarterly Masses, monthly book club and faith sharing, lectures by theologians, and annual retreat. Seventy men and women involved with OSP, young and old, attended the most recent retreat on the Jersey Shore. We foster a lively dialogue with academic and pastoral leaders. Our experiences are a rich source for the church’s ongoing discernment of LGBTQ pastoral care. We are also strong advocates for LGBTQ people both within and outside the church. One of our most successful initiatives was producing a short video called Owning Our Faith, which shared the spiritual journeys of several community members.

For all of its strengths, OSP has growing edges as well. Two years ago, we spent time considering sexual ethics. What does it mean to be a follower of Jesus and LGBTQ? We have invested in loving relationships that allow us to be honest and vulnerable as we seek to answer difficult questions together. This year, we have struggled through issues of intersectional justice. How can we build a community that welcomes and affirms all people? OSP is overwhelmingly white, cisgender male, and middle- to upper-class. Where are the least among us? Most glaringly, women are underrepresented. While three OSP members have gone on to seminary, there are no such opportunities for our sisters.

As a gay man, it often feels impossible to remain Catholic. So much of the church’s official teaching is harmful and so many of its leaders are homophobic. Whenever my soul aches, however, I find healing and a home at St. Paul the Apostle. I am Catholic because I know that I am loved and supported there. OSP is Christ’s heart beating for LGBTQ people in Hell’s Kitchen.

Jason Steidl is a Visiting Professor of Religious Studies at St. Joseph’s College in Brooklyn and Long Island. His research, advocacy, and ministry focus on grassroots attempts to transform the relationship between LGBTQ Catholics and the hierarchy. 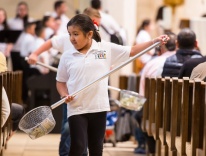 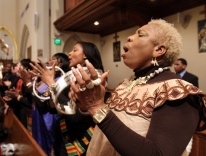 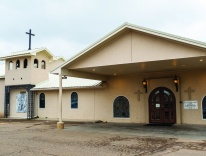