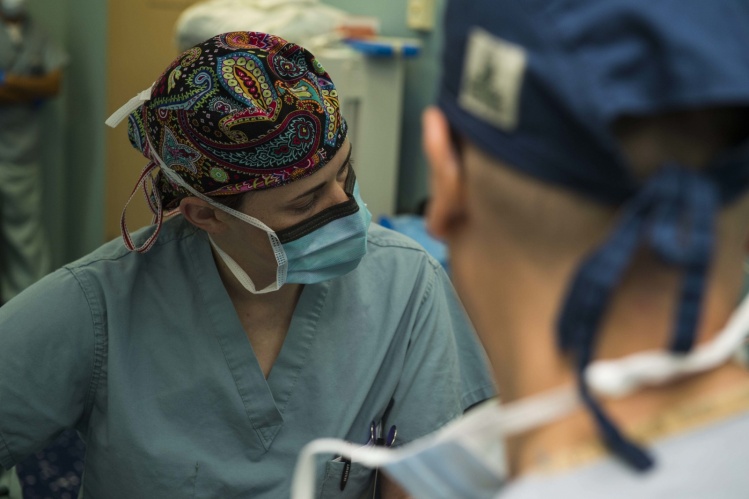 It is dangerous, irresponsible, and immoral to deny health care to immigrants in the face of COVID-19 (Wikimedia Commons / Derek D. Paumen).

I decided not to put it in the newspaper at the time, but his pronouncement stays with me, nearly three decades later. Speaking on Good Friday to a throng of people in St. Patrick’s Cathedral, New York’s Cardinal John O’Connor remarked that “the body of Christ has AIDS.”

There wasn’t room for explanation in the two-hundred-twenty-word article I published on the cardinal’s three-hour meditation, and I didn’t want anyone turning the quote into a tabloid “O’C: Jesus Had AIDS.” But I still recall it as one of the better things O’Connor said during my days on the religion beat, coming at a time when he was under attack from angry, distraught activists who rallied against the HIV/AIDS pandemic.

Now it can be said that the body of Christ has COVID-19. Biology is renewing the lesson that there is neither Jew nor Greek, but rather one body that is only as healthy as its most ailing parts. Or, as St. Paul put it to the “nothings” of a diverse, messy, commercial-crossroads city called Corinth: “The eye cannot say to the hand, ‘I do not need you,’ nor again the head to the feet, ‘I do not need you.’ Indeed, the parts of the body that seem weaker are all the more necessary.”

Likewise, the body can’t keep some of its parts from receiving health care, because “If one part suffers, all the parts suffer with it.” This is why the U.S. Catholic bishops have urged “adequate care for immigrants regardless of status,” as Archbishop Paul Coakley of Oklahoma City, head of the bishops’ committee on domestic justice, put it in a March 12 statement.

Since at least the 1990s, immigration opponents have been trying to limit government health-care support for immigrants, even for some who are in the United States legally. Belated recognition of the danger this poses came on March 13 when U.S. Citizenship and Immigration Services issued an alert saying that immigrants who receive government-supported treatment for coronavirus symptoms would not be penalized under the “public charge” rule. The Trump-administration version of this rule, which had taken effect six weeks before and remains under challenge in the courts, had been toughened to include non-cash medical assistance as one of the public benefits that could be used to determine whether an immigrant should be rejected as a likely public charge.

The exception made for coronavirus care seems to be an implicit admission that the Trump policy is a danger to public health, as thirteen states had charged in a lawsuit filed last year. Well before the current pandemic, their experts told a federal judge in Washington state that the Trump administration’s redefinition of the rule “‘could lead to higher rates of contagion and worse community health,’ both in the immigrant population and the U.S. citizen population because of the nature of epidemics,” as Judge Rosanna Malouf Peterson wrote last October. She found that the rule would have a “chilling effect” that “predictably would cause irreparable injury by creating long-term costs to the Plaintiff States from providing ongoing triage for residents who have missed opportunities for timely diagnoses.” (In a 5-4 vote, the U.S. Supreme Court stayed injunctions that blocked implementation of the public-charge rule; Justice Neil Gorsuch criticized district-court judges who issue national injunctions, even though this particular case was filed by fourteen states from many parts of the country.)

Efforts to cut off immigrants from essential government services—public schools as well as health-care assistance—gathered strength in the 1990s. The politics of immigration didn’t cleave quite so neatly along party lines at the time, but House Republicans under the leadership of Speaker Newt Gingrich played a large role in pushing these hardline policies.

President Bill Clinton signed a compromise bill just before his 1996 reelection that made even immigrants who were lawful permanent residents, or “green card” holders, ineligible for federal benefits for five years.

The “public charge” law had not changed, but there was such confusion and fear among immigrants about seeking help through federal health programs that in 1999, immigration authorities clarified that receiving non-cash benefits would not count against an applicant for U.S. citizenship. In August, Trump administration DHS official Ken Cuccinelli overrode that by redefining the public-charge rule.

Even though Cuccinelli has lately backtracked to allow health benefits for those with COVID-19 symptoms, the damage from his “public charge” rule persists; USCIS has done very little to get the word out. One has to hunt around its website to find the notice, which doesn’t even appear on a webpage that the agency, part of the Department of Homeland Security, maintains on the steps it is taking in response to the coronavirus pandemic.

Heads of some key Catholic organizations—Catholic Charities USA, Catholic Health Association of the United States, the Catholic Legal Immigration Network, and the bishops’ Committee on Migration—made this point in a March 18 letter to Chad Wolf, acting secretary of Homeland Security. “An effective community-based response to COVID-19 requires all people living within our borders to contribute to the common good,” they wrote. “Barriers to treatment or testing, as well as causing fear to stay home to care for children, will undermine ongoing health efforts.”

That is: we are all one body.

Gentrification is no myth