Female Rage Must Be Powerful, Not Petty
By Katherine Lucky
Sexuality
Gender 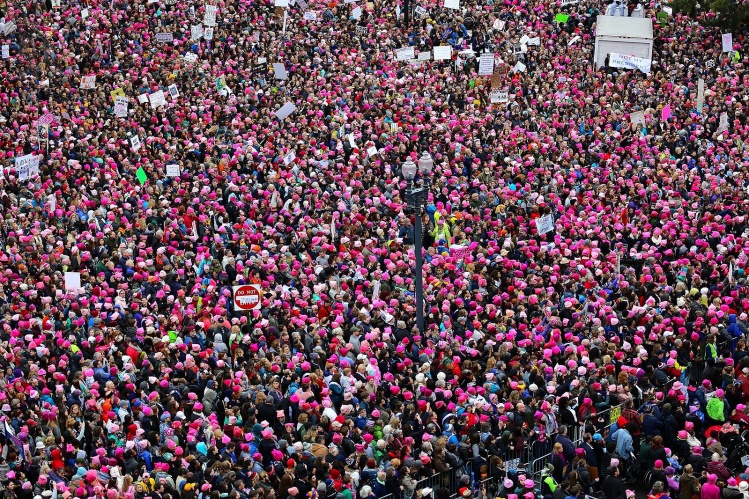 All year, I’ve been angry at men. Exposers, perverts, secret-keepers. My rage feeds on old violations, the ways they’ve made me feel unworthy. I remember streets where I’ve been followed, and the train where a businessman grabbed onto my knee, asking intimate questions all the way to New Haven. One summer, I learned a trick: wear sunglasses, no matter the weather. They were quiet if they couldn’t see fear in my eyes.

Too many women have had it worse, including Christine Blasey Ford. Reluctant, ashamed, desiring anonymity, she asks for an inquiry. In return: slander and death threats. Sisters, there but for the grace of God go we. These weeks, I sit with friends at restaurants. We talk about Kavanaugh and compare strange symptoms: headaches, sleeplessness, the ooze of old memories. Would anyone believe us if we had to testify? We worry we’re being melodramatic. But what can we do? We’re angry.

“Feminism is the collective manifestation of female anger,” wrote Lindy West in the New York Times last fall. “The Weinstein effect,” said the Atlantic, “is a story of women’s anger, weaponized.” Rebecca Traister, author of the new book Good and Mad, writes in response to Ford’s testimony: “[This] is how women have been told to behave when they are angry: to not let anyone know...to joke and to be sweet and rational and vulnerable.” Female rage has too long been dismissed as histrionics. And anger can be holy. Women are persons in the image of a God who meets injustice with wrath. The Son of Man flipped tables.

But the anger I’m feeling has changed—changed, I think, for the worse. There was always anger at assault allegations: touching, drugging, choking. And at pay gaps, and locker-room talk. Plus annoyance at smaller slights: condescension, domineering. But now there is anger at men for being men: for being different from me, for having opinions, for getting defensive.

This year, I’ve picked little fights with my husband. I shake my head as he tries to discuss: Title IX, consent, alcohol, agency. Once, I would have engaged with him, even if we disagreed. Now I assume he has bad intentions. You don’t understand, I hiss. What I mean is: you can never understand.

I notice myself interrupting more. Or speaking sardonically of “masculine” things just because they are masculine: football, Boy Scouts, military history, hunting. I roll my eyes at my male classmate’s essay, and get snide with my father about maternity leave. I am incapable of listening. Did you see the new Brett stuff? I say to my husband, and prepare for battle, regardless of his answer.

We lambast them while they (fathers, brothers, husbands, friends) are right next to us: at the same table, on the same vacation. It feels good
sharetweet

It happens in groups, especially. We lambast them while they (fathers, brothers, husbands, friends) are right next to us: at the same table, on the same vacation. It feels good. We eat hot dogs at the beach and discuss “Cat Person,” Kristen Roupenian’s chilling story about a woman’s romance with an unremarkably skeevy man. They’re too stupid to improve, we insist. They are brutish, power-hungry, crass, dangerous. We should be in charge. They should stay silent. We list offenses. They interrupted us at a meeting; they asked us to pick up birthday cake; they said something creepy; they asked the wrong question; they made assumptions or mistakes. We never attribute these problems to human imperfection. Or even to a patriarchal culture, which taught bad (but fixable) behavior. No: there is something evil about masculinity itself.

I understand why we clamor for power—for so long, we’ve had little. And for women who have been abused, there’s a whole other dimension. Anger in those instances is laced with trauma, and can’t be controlled so easily. After her night at that 1982 party, Ford might have seen all men as insidious. That would be understandable. And even when women like me (who have not been abused) are angry, men have no right to complain. Our causes are correct. Women should be safe everywhere they go. Men should be kind and careful. Boys grow up with advantages, patriarchy is real, and sexual violence is common.

But women live in cultures too, and I worry what this one might do to us. If I’m not careful, righteous anger becomes vindictive pettiness, that cardinal sin of pride. Of course I want any us that I’m part of to be better than any them that I’m not. This distorts my way of seeing the world. I worry about indiscriminate female rage precisely because the moment is important, and self-righteousness makes it harder to speak convincingly, logically, justly, turns political power to mere personal animus. If I stand at the barbeque and declare, “Men don’t get it,” all the men there might decide that I’m right. They won’t ever get it. Nothing will change.

This September, Rebecca Solnit wrote that the most effective activists “are angry at what harms the people...they love, but their urges are primarily protective, not vengeful.” Tempering anger with compassion and humility is not an unfair ask of women, another way of silencing them. Rather, it assumes that we can love men well in a spirit of improvement: sharing stories, demanding they listen, trusting they can. We’ll never have fair pay, healthy sex, safe streets, if we’ve decided that they are all, already, too far gone. 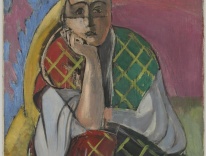