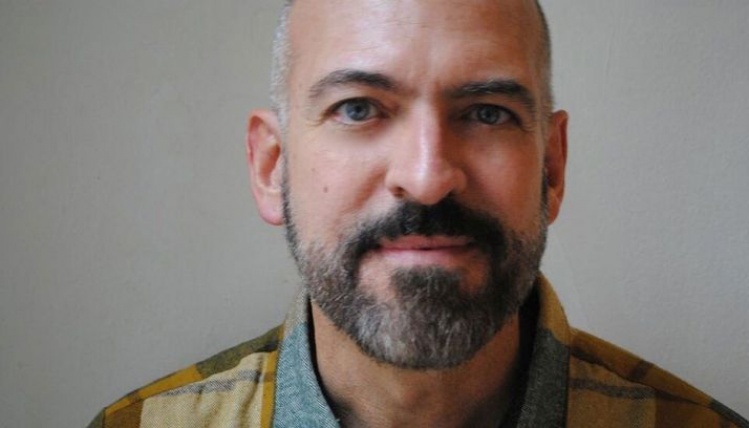 The intellect of man is forced to choose / Perfection of the life, or of the work, / And if it take the second must refuse / A heavenly mansion, raging in the dark.

The poet Christian Wiman has lamented how much of his life he “wasted on the rack of William Butler Yeats’s utterly false distinction.” He has come to feel instead that art, thought, and life “are utterly, fatally, and sometimes savingly entwined, and we can know no man’s work until we know how, whom, and to what end he did or did not love.”

Novelist Paul Lisicky’s The Narrow Door is a memoir about love and friendship, and how sometimes their boundaries blur. It is also a book about literary ambition and its discontents: Lisicky echoes Wiman’s admission that “all ambition has the reek of disease about it, the relentless smell of the self—except for that terrible, blissful feeling at the heart of creation itself.” Nearly every page of The Narrow Door seems wrenched from a writer who feels the anxiety of art, who struggles toward that blissful center of creation.

The book documents Lisicky’s longtime friendship with the novelist Denise Gess, who died in 2009 at fifty-seven from lung cancer. Gess is both companion and competitor to Lisicky: In the small world of literary magazines, English departments, and conferences, writers can’t help but become close, bonding through the connected acts of creating and teaching but also vying for publication, fellowships, and tenure-track positions. How can they help but cycle through periods of love, hate, and jealousy?

Lisicky first meets Gess in 1983, while both are graduate students at Rutgers University, and they immediately become close. He will soon be hanging on her every word, noticing how near she sits, observing how she moves—even the way she holds “her cup of scalding-hot coffee… with both hands, close to the collarbone and throat.” Their intimacy only increases with time, their differences immaterial: “It doesn’t matter anymore that she’s straight and I’m not. See how we’ve been a little bit in love all this time, and not able to say it?” He writes about Gess as one would a lover, as in this description of her book-jacket photo: “A glamour shot: half-parted mouth, a smart, but plainly sexual look in her eyes. She looks a little wounded, sexually wounded, actually, but there’s hauteur there, too: she is not someone to be messed with.”

But Gess herself, though confident, is also burdened by desire for someone else—a “famous writer” (John Irving, but not named in the book). In one scene, she laments over whether she should go to the Breadloaf writing conference in Vermont, “where she was his student, where he’s teaching right now.” She weeps over him and “the hell of wanting, which finds its way underneath your eyelids and fingernails and has no cure.” This puts Lisicky in a spot; he does not know what to do or how to respond: “[I sit] with my hands practically folded on my lap, hoping she’ll shake herself out of it and start talking about J.D. Salinger again. … She keeps looking at me hopefully, expectantly, as if I might pull the answer from deep within myself.” But he has nothing to offer her, while the fact of his own sexuality is hidden, a “starved landscape” that remains a secret.

Lisicky will in time find his own “famous writer,” Mark Doty (named “M” in the book), who in the course of their fifteen-year relationship will win a National Book Award. But during this time Lisicky becomes increasingly consumed by self-doubt, worrying about his own abilities as a writer. Worse, he can’t bring himself to confide in M about these worries: “For years I’ve tried to become better known, to write the big novel that gets big reviews, big sales, big money. … To admit [doubt] to him would be to admit to weakness, a side of myself I’m ashamed of, that I think of as less than masculine.” Their marriage eventually comes to an end, although Lisicky is careful in dramatizing it; he is neither sentimental nor cold.

Once he and his husband separate, Lisicky for the first time since he was in his twenties goes to Mass alone. He is shaken by a line from the priest’s homily: “The closer we get to someone, the more we must stand humbly before his freedom.” He becomes a regular, singing hymns with all his soul, “without the least bit of fear.” “I sing not louder than any of the others,” he writes, “but with them, inside them.” During this time he is also drawn to the poetry of Walt Whitman: “This listing, this habit of naming what he sees, high and low, monumental and miniscule, raw and cooked—isn’t he in fact inscribing boundaries in language?” Lisicky finds that the “great paradox of love” is that “intimacy” can only happen if we “carve boundaries between us.”

And where is Gess during all of this? She and Lisicky have developed their own writing lives, and their own relationships. But even if they drift apart, they somehow always return to each other. “Perhaps what we love about a friendship is that it makes us look over our shoulders, stay on our toes,” Lisicky writes. “We watch our words. There are never any rules to guide us, no contracts, no bloodlines, just the day after day of it.”

And thus comes the day when Gess is diagnosed with cancer. Is this it, Lisicky writes, that moment of accountability that “all friendships arrow toward”? In one scene, he sits with Gess and her sister and mother: “Nothing but us now, one breath, one body in the room. This table, this bread, forks lifting again and again to our mouths.” When he delivers Gess’s eulogy, he thinks this is what it might like to be a priest, and he puts the moment into architectural terms: “I like the height of the ceiling, the depth of the building, the quiet of the people in the pews.” In fact, the metaphor of structure weds all of the themes of The Narrow Door, including writing:

I see how a book becomes your house. But soon you are just a function of your house. The house tells you what you want, how you should live. At the same time, everything that comes into your life goes into the house. The house transforms the ordinary into the extraordinary, and without it, you’d never even know yourself, never even know that all those choices and consequences mattered. Your life has purpose inside that house, in its moldings and floorboards, in the way the light falls on the windowsill, and you pass on that house to others.

In The Narrow Door, love and friendship ultimately trump self-centered ambition. Lisicky’s remembrance of Gess in this way recalls what the writer James Salter said in Burning Days about his own close friendship with editor and translator Robert Phelps: “It was not for his wisdom I was drawn to him, rather for his presence, which confirmed all I sought to feel about the world.”