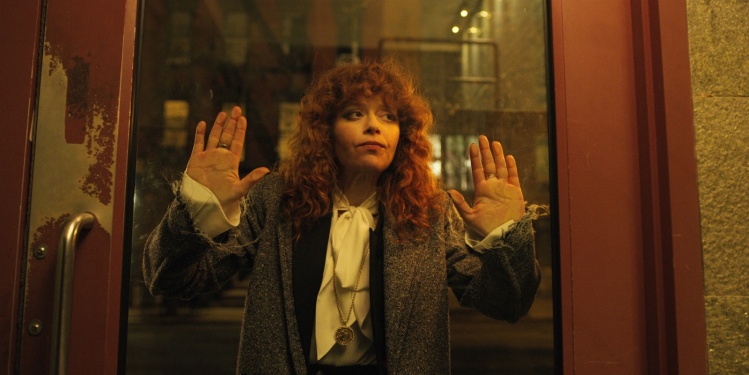 Russian Doll, a Netflix series released last month, follows a woman as she lives and dies over and over. Every time she dies, she comes back to life in the middle of her own birthday party. The life she comes back to is the same in certain respects but not in others. Without giving too much away, the fracture point is eventually revealed to be a moment when she missed the opportunity to help somebody else—an omission that led to her death and to the death of another person. She will keep on living through this time loop until she finds a way to set it right.

Narratives of living and reliving your life resonate for many reasons—the genuine wish to be able to do something over, the fun of getting to try out different things to say without any real consequences. But there’s also the way certain past events, particularly though not exclusively traumatic ones, can create a kind of constant present for us, a break in our experiences that means we no longer feel time in the same way. (Back in 2015, when Black Mirror was the streaming-on-Netflix show to talk about, I thought its most successful episodes were also the ones dealing with time.)

And, finally, there’s a real sense of vulnerability that comes when you see a person clearly, or at least think you can see a person clearly, as she passes through, again and again, a particular stage in her life, as if intervening at this one, fraught moment could clear something out of the way for her. A time-loop scenario cuts the trapped person off from others, but also allows her to get to know them in a different way. And even though there isn’t really a way to get life right—though there are, of course, many ways of getting it wrong—the time loop sort of does imply that there was a critical moment, that everything went wrong then, that setting it right is all that is needed.

In her book Transformative Experience, L. A. Paul argues that certain experiences simply cannot be judged in advance, like marriage and parenthood. She analogizes such experiences to becoming a vampire. Your friends have become vampires and, while they acknowledge the tradeoffs, wouldn’t become human again. “﻿Life has meaning and a sense of purpose now that it never had when I was human,” they tell you. But consulting your friends isn’t really as helpful as you think, Paul continues:

Accepting that some choices really are transformative requires a shift from viewing yourself in the third-person to looking at yourself in the first; understanding that parenthood might mean discovering you have become a person you did not want to be, but who you now enjoy being. The language of choice—being ready to have a child, and so on—slots parenthood into a type of “﻿personal fulfillment and self-realization.” Similarly, marriage involves a promise about the future that has to accept we have little control over the people we will be in the future, separately or together, and that the promise made is made against, even in defiance of, this knowledge. (And in Russian Doll, the people most directly affected by the time loop are people poised on transformative thresholds: the birthday in which you become older than your dead mother ever was, a marriage proposal, the encounter that could have but did not save your life.)

One can imagine a version of Russian Doll in which the reset was not a series of birthdays but rather first dates, each ending badly in its own way, each resetting to see if it could be done correctly this time, the opening line at dinner going a little differently, the outfit switched up. A looping narrative is really about choices—which ones matter, which ones don’t—but only the looping person gets to exercise the choices that will affect everybody else and cause them to act differently. First dates are fun (for some) because they do not yet contain any clear consequences, only endless potential; a wedding is an occasion in which all our potential choices collapse into one decision. This future, whatever it means, is the one that we choose.

We look toward a future in which we dwell in eternity but also in undiminished love and desire.
sharetweet

Weddings are on my mind because I recently went to one, and because there is something heroically stupid about marriage that appeals to me, whether or not it is a state I imagine I will occupy any time soon, or indeed ever. Clerical celibacy is often pointed to as a sign of contradiction, but marriage strikes me as one too, in its own way—an assertion that we really should be able to make promises and keep them (whether or not we actually do), that the ways in which people fall away from each other are not good, are not how things are meant to be. We look toward a future in which we dwell in eternity but also in undiminished love and desire. Like life, love is not supposed to end.

Traveling back from the wedding, I found myself sitting next to some women on my flight who were probably close to my age, but who I kept on thinking of as very young. They dissected their mutual friends, their shortcomings and secrets and self-deceptions. The assurance of a shared and stable reality that this friendship required—you and I, we understand—was clear. I found myself becoming sad because sooner or later that assurance would go away, even if the friendship didn’t; something would split this insular “we,” this shared understanding. At some point they just wouldn’t be able to take for granted that the other person saw the world the same way. And eventually, after listening to them long enough, I thought about saying, you don’t know as much as you think—don’t be so sure. I would be a mysterious voice from the future. Wise. To be looked-up-to.

But I, exhausted from traveling, had spilled coffee on myself; I noticed my coat had become worn down, the lining was coming out, half the buttons were gone, and mysteriously, paint was on it; my glasses were beginning to come apart, too; I hadn’t showered. I have no idea how I will pay my taxes; my dog was making life miserable for the dogsitter back home. Really I did not know anything, and in absorbing myself in their conversation I was playing at the same game they had been: identify what the people around you are doing wrong, judge accordingly. But those women weren’t my past or my present; they were muddling through like I was.

After getting off the plane, we turned in different directions and I lost sight of them in an airport full of hurrying strangers. How strange and how beautiful to share a space, even briefly, with so many people, each walking through, each with somewhere to go, every pair of shoes carefully selected, every hope guarded, every future wide open.