From Mom to Mom 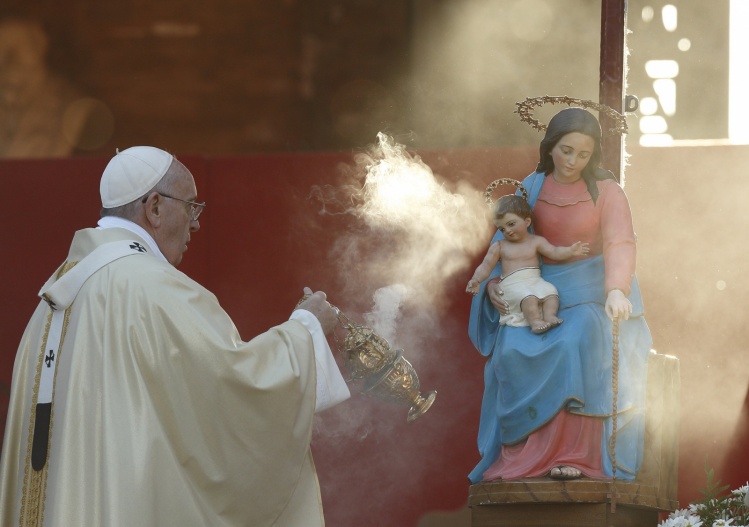 When my third child was in kindergarten, I started getting Mother’s Day greetings from moms of my son’s school friends. This was new and a little strange. It never happened when my daughters, now in college, were that age. The following year, one of those school-friend moms upped the ante by sending each of us other women a gift, a neon-green wine glass koozie, which startled me.

Obeying what seemed to have become custom, I began initiating Mother’s Day greetings to my other female friends, but I still wondered about it. Why was this a normal thing to do? These women are not my mother. It felt like sending a Valentine to somebody else’s boyfriend. Whatever plaudits these women were entitled to should come from their own children, perhaps helped along by their father, not me.

My kids’ friendships shifted and the mothers of their new friends don’t text me bouquet emojis. But I have been converted. Mom-to-mom salutations may be the most important ones to send, beyond a woman’s greeting to her own mother. This is truer than ever after a long Covid year when mothers have borne extraordinary stresses.

What changed my mind about this was not the wine glass sleeve but religious art at a nondescript museum. In Italy a few years ago, I visited some unremarkable galleries in small towns. These had no distinguished paintings, just many variations on the usual themes. Crucifixion and saints, many Blessed Virgins with Jesus. Here was Mary holding the infant Christ, Mary nursing a lanky toddler with radiant brow, Mary watching the bloodied Savior bear the cross or standing at the foot of it or holding the full weight of her lifeless son in her lap. Those last ones struck me hardest. For many mothers—most? all?—this may be the strongest affect of the vocation, bearing in your own body the sufferings of your children. That grief like a sword to Mary’s heart may cut through yours too. And also your neighbor’s.

What I know in my motherhood helps me, even in small ways, to understand Mary’s.
sharetweet

The tourist group I trailed in this museum paid little attention to the Italian labels by the paintings. Their reactions to the artworks suggested that, without captions they could understand or a Biblical frame of reference, what they were seeing were simply pictures of a woman with a son. I tried to imitate that way of looking at the paintings and was astonished. Christian art sure does go there often—to that motif of woman and child.

I know that these paintings are not just depictions of moms with sons. They bear special theological significance whether viewers notice it or not. Nevertheless, it was useful to see them temporarily as pictures of just a mother with her child. Seeing them this way first actually helps us see them devotionally. What I know in my motherhood helps me, even in small ways, to understand Mary’s, and Mary’s to encourage mine.

And mine can encourage somebody else. The second Sunday in May gives mothers an opportunity to applaud other women for doing what we know, from our own hard-won experience, can be quite difficult. It is a welcome break from the competitive strides and defensive postures that so shape and constrain motherhood in a meritocratic society.

Mother’s Day, like most things, has strayed from its original intent. Katharine Lane Antolini, examining the roots of the American holiday in Memorializing Motherhood: Anna Jarvis and the Struggle for Control of Mother’s Day, shows how its founder wanted the holiday to be public and sacred rather than commercial. Jarvis thought women should be lauded for service to the nation, for sacrificial nurture to generations of citizens-to-be. We might be unnerved by the state-serving heroics Jarvis ascribes to women, “benefit and patriotism, emphasizing the home as the highest inspiration of our individual and national lives.” Jarvis imagined Mother’s Day as an occasion for honor, not a “burdensome, wasteful, expensive gift-day.” To that end, she supported boycotts of florists and candy sellers who sought to profit from it. In the 1920s, she went toe-to-toe with Robert Spero, who wanted to substitute his own holiday, Parents’ Day, and to rebrand fatherhood as more than just wages and spankings. Jarvis had nothing against fathers but resented any attempt to dilute the praise presented to women who bore and raised all those babies.

Today, a century later, Mother’s Day leaves something to be desired. Some women would scrap it altogether. Some women tolerate the special Sunday but go on record noting they would rather have a different distribution of household labor than special treatment on a single day: skip the French toast this time, kiddies, just clean up after yourselves every other breakfast. Not taking Mother’s Day seriously frees you from disappointment. Still, when I overheard my son telling his friends that Mother’s Day is a fake holiday, I saw too late how I had preached against my own interest.

Mother’s Day letdown is as common as carnations.
sharetweet

Comparison to Valentine’s Day could be useful. Women have created a “Galentine’s Day” option, revising the holiday to better fit their hopes. Unlike Galentine’s, the version of Mother’s Day my fellow moms introduced me to resists commercializing. There were no expectations that any of us would pony up actual presents to one another. Adding a fellow mom’s angle to the holiday may correct its current defects. Honesty requires naming those defects. Mother’s Day letdown is as common as carnations, since the ones tasked to rise up and call her blessed sometimes get distracted, unimaginative, or tongue-tied. Even the best gifts are the flimsiest placeholders for the meaning they are supposed to contain. Presents try to say: “Thanks for making me alive in the first place! For not leaving me in my filth! For thinking my foibles are cute!” Gifts sold to express this gratitude—flowers, coasters, bathrobes, earrings, foot-massagers—are always insufficient. The popular Billy Collins poem that circulates each May, “The Lanyard,” describes a boy who gives his mother a braided thing he made at camp:

She gave me life and milk from her breasts,
and I gave her a lanyard.
She nursed me in many a sick room,
lifted teaspoons of medicine to my lips,
set cold facecloths on my forehead,
then led me out into the airy light

and taught me to walk and swim,
and I in turn presented her with a lanyard.

What a mother wants is some token of recognition of the fact and debt of the relationship. In truth, there just isn’t a present sufficient unto the day. And her child, especially if he is still a child, with his or her little hands and limited vocabulary, might not be able to muster the words. Unlike the boy in the poem, however, the mom behind you in the school pick-up line already knows the meaning of Mother’s Day. Letting her know that you know burnishes with the Golden Rule a holiday that has lost its shine. But competition overtakes recognition in many mothering spheres, verging on blood sport in super-zip neighborhoods, though the problem is hardly confined there. Introductions to the parents of your kids’ friends crackle with snap judgments. Women can be made to feel as though every choice of their neighbors somehow impugns their own: Your kids go to sleepovers? Walk home from school alone? Have that SAT tutor? Drink whole milk? Go to bed at that hour? To be sure, some parenting environments are much harder than others. The difficulties of caring for a family stretch over a wide range. What feels bone-wearying to one mom might seem like luxury to another. But no mother comes through child-rearing without grief. We might start there and support one another.

Whether it’s recognition from older women to new moms, or wisdom from the hardboiled parents of teens to those whose kids still are sweet, it’s a good thing for mothers to acknowledge each other on this day, and every other. It need not be a burden. It need not be obligatory. But you know what these women do every day. You know their wounds cut to the heart. You could resist the temptation to grade their performance and instead extend them grace.

Agnes R. Howard teaches humanities in Christ College, the honors college at Valparaiso University, and is author of Showing: What Pregnancy Tells Us about Being Human.

All Joy and No Fun