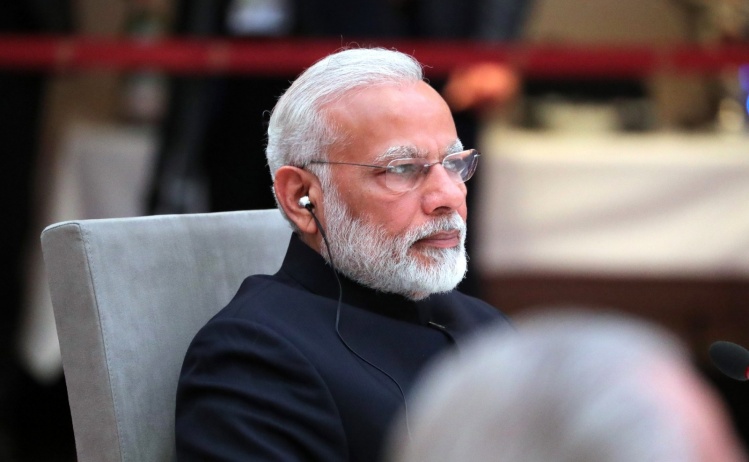 National elections in India, the world’s largest democracy, are a long and grueling process. This year’s were held in seven regional phases over the course of six weeks, involving more than two thousand registered parties. They culminated May 22 with the landslide reelection of Narendra Modi as prime minister. Many foresaw his victory; few anticipated its sheer magnitude, underscored by significant parliamentary gains by Modi’s Bharatiya Janata Party (BJP), the political wing of the Hindu nationalist organization Rashtriya Swayamsevak Sangh (RSS). Challengers had hoped that India’s lackluster economy might weaken Modi’s support, and many believed that the BJP would lose some of the 282 seats (out of 545) it held—instead, it gained twenty-one more. If anything, the surge of Hindu nationalism that brought Modi to power in 2014 seems only to have intensified.

That year, the BJP became the first party since 1984 to win a parliamentary majority without forming a coalition with other parties. This year, it built significantly on its advantage, easily turning back its main challenger, the Indian National Congress (Congress) and its standard-bearer, Rahul Gandhi. Severely weakened in 2014, Congress this time ran on a message of inclusivity to counter the Hindu nationalist rhetoric of the BNP, while criticizing Modi’s economic policies (primarily demonetization, the controversial ban on high-value currency) and his ties to the nation’s capitalist elite. It didn’t work: Congress mustered an even poorer performance than expected (it gained just eight seats, amassing a total of fifty-two). But then, its vulnerabilities should have been plain enough. Gandhi is the grandson of Indira Gandhi and the son of Rajiv Gandhi, both of whom left legacies of corruption as prime ministers, and both of whom were assassinated. He has been dogged by the perception that he is far too inexperienced, and even before the election was mocked with the nickname “Pappu,” a Hindi term used to describe a young, naive boy. Congress—the oldest and most established of India’s parties—has itself become closely associated with corruption, most recently involving sporting-event and telecom scandals. It is also tied to a slew of murder investigations followed by trials yielding no convictions. Congress member Shashi Tharoor, who poetically dubbed this year’s election “a battle for the soul of India,” is currently charged with driving his wife to suicide. The party’s appeals to inclusivity clearly rang hollow to an electorate long disillusioned by Congress's failure to deliver on promises, something that should have already been made clear by its 2014 blowout. This year’s loss now marks the longest period in Indian politics in which Congress has not been in power. And, adding insult to injury, Gandhi lost his seat in Uttar Pradesh.

When Modi speaks of lifting up all Indians, everyone knows just who he has in mind.
sharetweet

Modi’s 2019 campaign focused both on economic reform and on determining the identitarian essence of what makes India India. To the former point, Modi inspired hope with a message of economic rejuvenation, promising in the face of Western-focused globalization that India would bow to no one, and pushing for a strong, centralized economy that would lift up all citizens. Yet unemployment is the highest it has been in forty-five years, and the agrarian sector in particular has suffered, with farmers in rural India (who make up about two-thirds of the nation’s population) in severe debt, some committing suicide out of sheer desperation. Meanwhile, Modi refuses to address criticisms of his tenure: he’s the only prime minister to have never held a press conference within his own country.

To the latter point, Modi continued to draw on the concept of Hindutva, which might be defined as “Hindu-ness,” or the equating of Indian culture with Hindu values. He obscured the underlying causes of the nation’s social insecurities (primarily related to differences in caste and creed) by emphasizing a message of cohesive ethno-religious identity. In this way, Modi’s rhetoric can sound like that of another well-known national leader—he often includes the refrain “India first” in speeches. Modi prides himself on being tough on terrorism and strong on national security while criticizing his opponents for their corruption and creation of family dynasties. But while some are quick to draw comparisons between Modi and Donald Trump—and such comparisons would not be baseless—Hindu nationalism in India is actually a far more complex issue, rooted in conceptions of the nation’s post-colonial identity and the need to reassert its position in the aftermath of globalization. “Bharat Mata ki Jai,” Modi frequently ends his speeches. “Long live Mother India.”

This feminization of India’s identity harks to the post-Independence days: Mother India is, simply put, the national personification of India as a mother goddess. The symbol became popular during the Indian Independence movement, and pride in Mother India was renewed following Nehruvian socialism out of nostalgia for a traditional Indian “essence” predating colonialism. The personification of India as a goddess further suggests that for Hindus, defending the nation is both a political and religious obligation, particularly noteworthy today in calls to resist cultural homogenization and to counter the threat of Islamic terrorism. Modi is deft in using this image to appeal to voters’ psyches, and tensions between India and Pakistan along the Kashmiri border only gave him more to work with during this election.

And the championing of femininity may have had a direct effect both on turnout and on candidates. This election was the first in which the number of female voters roughly equalled that of male voters, while more women than ever ran for seats, and won. Yet the linkage of national prosperity with religious identity necessarily excludes religious minorities. Just under 80 percent of India’s population is Hindu, while 15 percent is Muslim; Christians make up less than 3 percent of the population, and Zoroastrians (Parsis), Jains, and Sikhs account for even smaller percentages. Persecution of religious minorities has increased under BJP rule; in the first two months of 2019, there were seventy-seven reported cases of persecution against Christians, ranging from social outcasting to physical violence and torture. In some cases, the government is seen as complicit. Some suggest the Modi government is actively involved in suppressing accounts of persecution. In 2017, for example, the Hindustan Times launched a Hate Tracker feature intended to be a “crowd-sourced database of hate crimes in India since September 2015,” but after a meeting between Modi and the paper’s chief, the tracker was pulled. Two days later, the editor and driving force behind the initiative, Bobby Ghosh, resigned.

Many believe the concentration of power that Modi now holds to be unprecedented in modern Indian history; not even Indira Gandhi enjoyed such a parliamentary majority. What must also be noted are the BJP’s ties to wealth and capital: the upper castes overwhelmingly support it, and it took in twice as much money in campaign contributions as the six other main parties combined. Meanwhile, the lower castes—already constitutionally disenfranchised, their interests generally ignored by the political elite—remain powerless, while the organized left suffered its worst electoral defeat to date. When Modi speaks of lifting up all Indians, everyone knows just who he has in mind. For those dismayed by what seems like an intensifying nationalism wedded to wealth and the privileged castes, the next five years do not look promising.