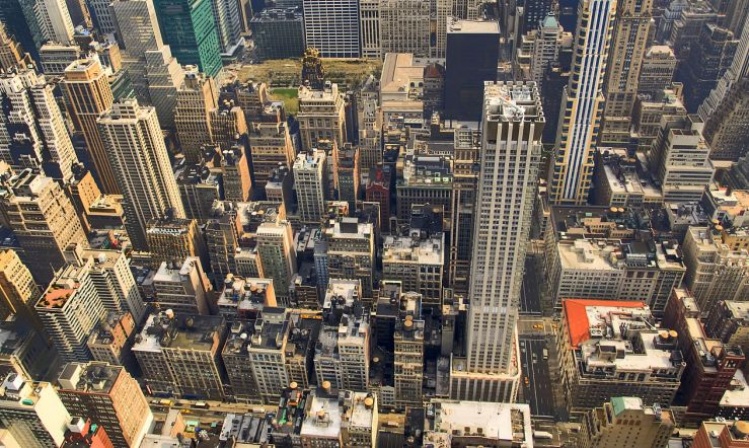 Over the past decade or so, the New York City skyline has been radically transformed by the erection of Empire State Building–size residential towers. The needle-shaped towers, which top out at about ninety-five stories, each cost more than $1 billion to erect, and incorporate huge individual living spaces that, in their heyday, sold for up to $100 million apiece. Amazingly, many of them are nearly empty.

A 2015 New York Times series disclosed that many of the apartments are owned by murky networks of holding companies that conceal the identity of the real owners. Digging deeply, the Times identified a rogue’s gallery of Russian, Chinese, Malaysian, and other far-flung tycoons, people with powerful political connections at home, and extraordinary wealth that is likely the fruit of corruption.

People are divided on the aesthetics of the towers—some of them, even to my jaundiced eye, are beautiful—but as an investment, they represent nearly total waste. Granted they have provided a terrific stimulus for the local construction trades, but that is a one-time thing. The recent downturn in global energy and other commodity prices has cut into the loose change available to emerging-market autocrats and their friends, and some of the apartments in newer towers are having trouble selling for the expected prices. But because of the long lead times required for their construction, one can count a half-dozen or so projects still underway or just starting. (Real-estate developers, as Donald Trump has taught the world, take out their fees from a finished project, while another legal entity undertakes the risk of the actual sales.)

The towers were not built as places for people to live, although, to be fair, some of them have been purchased by American executives who made their pile from doing useful things, like launching software companies. But the high rate of foreign ownership suggests that the apartments’ primary function is to serve as a safe asset—a magnet for high-end money laundering. The Chinese billionaires who made their money through party connections need to get it to a place where there is due process of law, so a change in government won’t put their fortunes at risk.

The sad truth is that the high-end New York towers—as well as their siblings in London, Singapore, and other major financial centers—are just a particularly egregious example of the warping of the modern investment economy.

Mainstream economists are increasingly worried about the lack of U.S. investment. Productivity growth in most developed countries has been inexplicably sliding for decades, and is now almost at the vanishing point. Some of that is a measurement problem. The health-care sector is a font of productive innovations—new drugs, stents that eliminate the need for cardiac surgery, artificial limbs and organs—but no one quite knows how to measure such things, so the government assumes that health-care output equals health-care spending and the sector’s productivity is zero.

But the problem goes well beyond a measurement challenge. Big companies are sitting on huge piles of cash. Apple’s overseas cash trove is $181 billion, for example, and the fifty biggest U.S. companies reportedly have $1.4 trillion in offshore nest eggs.

Adair Turner, former head of the British securities-regulation agency, and one of the most astute economic observers, points out that today’s dominant companies, like Apple, Google, Facebook, and Microsoft book very large profit margins simply because their semiconductor and software infrastructures provide global reach at a very low cost compared to pre-internet industries.

One consequence is that investors in the United States and most other developed countries concentrate their investment on real estate. Sixty-five percent of all American investment now goes to residential real estate, almost all of it pre-existing. In other words, by far the largest share of American investment creates no new assets, much less productive ones, but just pushes up home prices. The new residential skyscrapers are the extreme example.

The answer is in front of our noses. Labor-intensive concrete-and-steel infrastructure is the pressing need. Investment in American infrastructure has lagged badly in recent decades, and transportation and communication infrastructures are a real drag on productivity. During the presidential campaign both parties featured major infrastructure spending in their platforms. It doesn’t even have to be all government-funded. Tax breaks for business purchases of federal infrastructure bonds could put those huge overseas cash troves to work. It’s time to rebuild America.