The Miracle on Guns 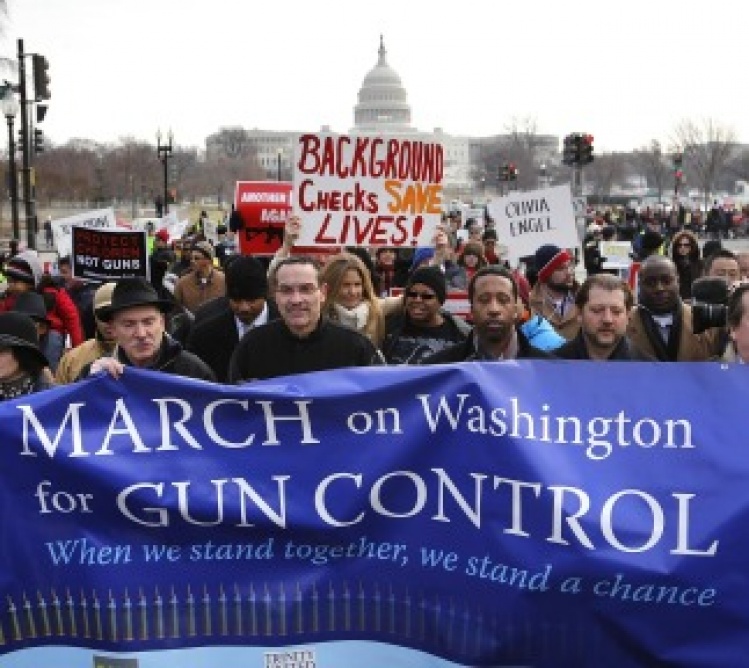 A not-so-small miracle is unfolding before our eyes. After nearly two decades in which established opinion insisted that it would never again be possible to pass sensible regulations of firearms, the unthinkable is on the verge of happening.

This week, Sen. Patrick Leahy, the chairman of the Senate Judiciary Committee, is expected to announce plans to start marking up gun bills to send to the Senate floor, proposals that will include ideas put before the country by President Obama and Vice President Biden. The president's agenda, in turn, was inspired by advocates and legislators, mayors and police chiefs, who have been working quietly in the wilderness for years.

Told over and over again that members of both parties were forever destined to do the National Rifle Association's bidding, these supporters of thoroughly moderate and reasonable weapons measures never gave up and never surrendered. Their time has come.

Behind the miracle, of course, lies the profound tragedy at Sandy Hook Elementary School and the loss of "26 beautiful lives," as Lynn McDonnell, mother of 7-year-old Grace McDonnell, one of those beautiful lives, put it at a conference in Connecticut last week.

But sad as it is to say, many other lives had been lost before in mass shootings and Congress and the president just went about their business. Why was Newtown the last straw?

There was, above all, the sheer horror of all those children killed. You sensed that something snapped that day in the minds of millions of Americans. At that moment, they were done with powerlessness and inertia.

The change in the president's political situation mattered, too. Unfortunately, he had been unwilling before the 2012 election to speak out boldly on guns. The Newtown killings galvanized him.

The fact that he and Biden have refused to let the issue fade away has also made a difference. Once it became clear that neither they nor anyone else on the side of gun sanity would be intimidated by the NRA, the bullies were revealed for what they are and their punch was shown to be far less formidable than their threats.

Suddenly, Americans in large numbers (and the media, too) started noticing how extreme, even wacky, the rhetoric of the gun manufacturers' lobby has become. Their talk about representing the "real America" was exposed as a fraud: "Real" Americans don't resist pragmatic solutions to the problems of mass violence.

Oh, yes, and it was also finally noticed that a majority of Americans doesn't own guns, that gun ownership has dropped over time, and that this real majority does not want to be forced to live in a world in which everyone is terrorized into buying a weapon.

The hollowness of the arm-everyone crowd's "arguments" has been laid out for all to see. Why, pray, would law-abiding gun owners have any problem with universal background checks? Why does anyone need those big gun magazines? Should the desire of a small minority of Americans to own them really trump the safety of everyone else, including schoolchildren? Why should we allow "straw purchasers" of guns to flout the purpose of gun laws? What could possibly be wrong with laws against gun trafficking? To ask such questions is to answer them.

There is a distance to go. Astonishingly, there may not be the votes to enact an assault weapons ban that once won broad bipartisan support. The NRA still seems to have the clout to persuade senators from rural states that prohibiting the sale of such instruments of large-scale killing would be a basic threat to American liberties.

And if the Senate does approve a robust package of gun bills (with or without the assault weapons ban), will House Speaker John Boehner be pressured into bottling them up and preventing a vote?

Here is where suburban Republicans will be put to the test. Already, some in their ranks, including Reps. Peter King and Michael Grimm of New York and Michael Fitzpatrick of Pennsylvania, have spoken for action. The message needs to be sent from the nation's bedroom communities: A GOP under the control of the NRA is not an acceptable option for moms and dads who want their kids protected from violence. Tax cuts don't matter if your kids aren't safe.

It is amazing what can happen when an empty ideology is confronted by an insistent band of problem-solvers -- and when political fear gives way to a fierce determination.

Paul Ryan and the Triumph of Theory