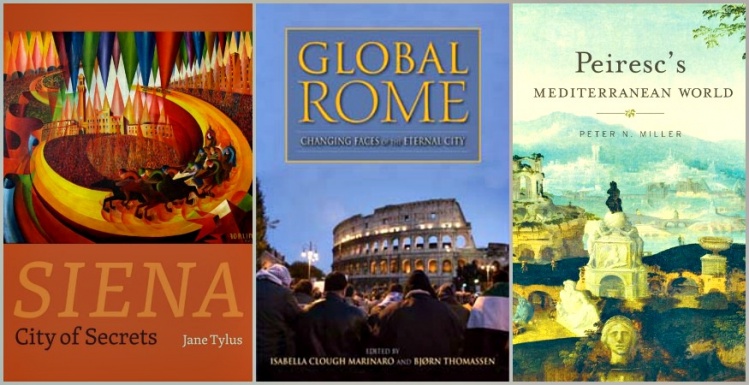 This winter, thousands of refugees from Syria and Afghanistan (among many others) will be preparing for their first European winter, reminding us that the Mediterranean connects Europe, Asia, and Africa at least as often as it separates the three continents from one another. T. J. Gorton’s Renaissance Emir: A Druze Warlord at the Court of the Medici (Olive Branch Press, $20, 256 pp.) spins the remarkable four-hundred-year-old tale of how one unexpected refugee from Beirut and Aleppo spent five years in Italy before returning to the region divided today between Syria and Lebanon. By 1600, the Medici family had expanded its rule from Florence to the entire region of Tuscany, headed by a monarch with the title of Grand Duke—not quite a king, but close enough to ensure that two Medici daughters eventually became queens of France. In 1602, an astute Druze warlord, the Emir Fakhr ad-Din, struck a deal with Grand Duke Ferdinando de’ Medici to do some lucrative business behind the backs of the two Great Powers, France and the Ottoman Empire. The terms included a pledge of mutual protection that the Florentines, at least, took as pure formality until, one day in 1613, the Emir, his favorite wife, and an entourage fit for a potentate pulled into the Tuscan port of Livorno requesting asylum. The Sultan, it turns out, had ranged a vast army against Fakhr ad-Din, who sailed away rather than risk his life in a battle. After five years in the courts of Florence and Rome, the Renaissance Emir returned to the Levant, recovering his kingdom and ruling with some distinction until the Sultan finally deposed him in 1635.

The Provençal scholar Nicolas Fabri de Peiresc (1580-1637), an exact contemporary of Fakhr ad-Din (1572-1635), did most of his travel vicariously, through an extensive web of correspondents who brought him books and cats and musical instruments from the far corners of the Mediterranean. With gusto and sensitivity, not to mention an impressive intellectual reach, Peter Miller maps out Peiresc’s Mediterranean World (Harvard University Press, $39.95, 640 pp.) by recovering the entire worlds enclosed in letters that involve religion, trade, politics, literature, natural philosophy, religion, and the vicissitudes of life, death, and health.  Predictably, the colorful Emir plays his own part in this vast geography. At one point, Peiresc hopes to discuss musical instruments by mail with members of Fakhr ad-Din’s court, but the French savant also keeps abreast of the larger political picture that will eventually engulf the Emir. Aix, of course, was anything but a backwater, situated on an important trade route just inland from Marseille, the great port founded by Phoenician settlers in 600 B.C. From this sunny, lavender-scented vantage, Peiresc could participate as a true citizen of the world in a truly global century, brought to vibrant, eccentric life in Miller’s pages.

Like Aix, the Italian city of Siena is another settlement whose character has been shaped by the roads that run through it—two long, gracefully looping thoroughfares that allowed galloping post-horses to slow gently to a halt before dropping off their messages around the gorgeous sloping piazza that opens like a shell before the towering red-brick city hall, Palazzo Pubblico. In some ways, Siena is the most hermetically private of cities, but Jane Tylus, in Siena: City of Secrets (Chicago University Press, $26, 256 pp.) contends that the city has been no less definitely shaped by its ancient traditions of hospitality, traditions in which we, as visitors, have our own essential part to play. The Virgin Mary is the city’s official protector, enshrined in Simone Martini’s glorious fresco of her Majesty (Maestà) in the great hall of Palazzo Pubblico. Painted in 1315 and recently restored, the Maestà shows the Virgin sitting on a cushion of Chinese silk, ultramarine blue interwoven with flame-colored dragons (swaths of this same cloth have been found in China).

The most famous works of art in Siena, however, are Ambrogio Lorenzetti’s frescoes Good Government and Bad Government (1338-9), painted to inspire a long-gone oligarchic regime. Under the reign of the Common Good, citizens go about their business in city and countryside, building, dancing, feasting, driving a fat pig to market, tending the soil of the rolling hills of Tuscany. Under the rule of Bad Government, Greed, Vanity, and Rage bring war to the same glorious landscape we can see out the window. Their minions could as easily be the troops who have come in subsequent centuries, pledging allegiance to Cesare Borgia or Adolf Hitler; war has never looked more hateful than here. Tylus has written extensively on one of Siena’s most enigmatic daughters, the forceful, ascetic Saint Catherine, now a doctor of the church and a patron saint of Italy, but she explores the rowdy public rituals of the annual horse race, the Palio, with equal insight.

Rome has been dealing with global problems at least since Julius Caesar rattled his sword from Britain to Egypt, but the best analysis of the contemporary city available right now in English is Global Rome (Indiana University Press, $32, 310 pp.), an anthology edited by Isabella Clough Marinaro and Bjørn Thomassen. In 1961, there were some fifty thousand foreigners living in Italy; today they number well over five million. In Rome, certain professions have been almost entirely taken over by particular ethnic groups: according to conventional wisdom, Egyptians cook, Bangladeshis sell flowers (although plastic-wrapped roses are sold by Sinti Romani), Filipinos keep house, Senegalese sell textiles and wood carvings. Needless to say, the real picture is much more complicated, and often creatively, constructively international. Romanians have made up the largest foreign population since their country joined the European Union in 2007 and access to Italy became much easier, but nearly every nation of the world is represented in the Eternal City. Chapter by chapter, Global Rome details the experience of individual immigrant groups since World War II, showing how they have fared in a city that has been, for the most part, badly governed and physically deformed by rapacious developers. Yet, despite the obstacles they face, most immigrants eventually make their way into Roman society, and the city, in its durable beauty, is richer for their presence, as it was in the days when Gauls first appeared in the Senate House wearing—horror of horrors—trousers.