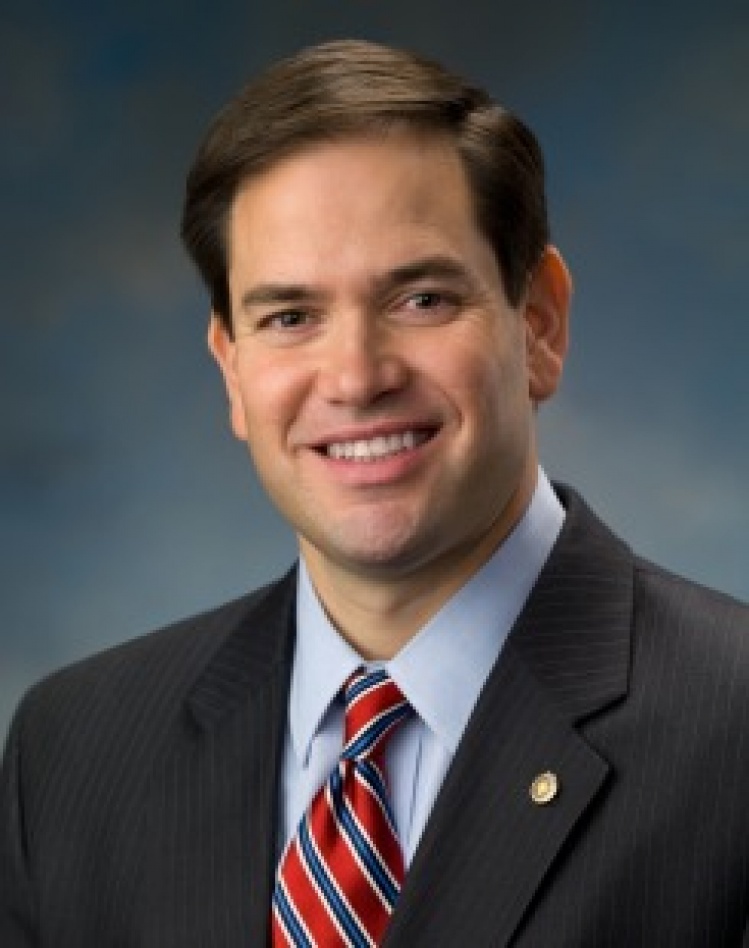 This point has been made elsewhere, and no doubt it will be made again and again in the next few days, because it's an obvious point. But it's also an important one, so let me make it here too: Marco Rubio's sanctimonious response to yesterday's announcement that the Obama administration will begin normalizing U.S. diplomatic relations with Cuba is impossible to take seriously. From the New York Times:

“This entire policy shift announced today is based on an illusion, on a lie, the lie and the illusion that more commerce and access to money and goods will translate to political freedom for the Cuban people,” said Senator Marco Rubio, Republican of Florida, who called the president “the single worst negotiator we have had in the White House in my lifetime.”

“All this is going to do is give the Castro regime, which controls every aspect of Cuban life, the opportunity to manipulate these changes to perpetuate itself in power,” added Mr. Rubio, a Cuban-American.

If the idea that free trade translates into political freedom is indeed a lie, it's a lie that the Republican Party has been telling for decades. It's the only principled argument for doing business with China (as opposed to the practical argument—the one that really matters—which is that there is a lot of money to be made by doing business with the world's largest country). Like Cuba, China is still a Communist country. Like Cuba, China has a terrible human-rights record: it is still on Freedom House's list of the world's most oppresive countries. Unlike Cuba, though, China cannot be embargoed without major economic repercussions.

But principled arguments are tricky things. They have a life of their own, and they are no respecter of GDP. If the political freedom and human rights of Cubans are important to us, then the political freedom and human rights of the Chinese must be important, too. If we cannot afford, morally, to be doing business with countries whose governments are guilty of terrible human-rights violations, then we cannot afford to be doing business with Cuba or China (or Saudi Arabia, for that matter). Conversely, if capitalism and trade are conducive to democratization in China, then why not suppose they would also be conducive to democratization in Cuba? Perhaps Rubio has an answer to this. Perhaps he thinks China's Communist regime is less tyrranical or more amenable to reform than Cuba's. But, as far as I know, he has never bothered to offer such an answer. Either he is untroubled by this glaring inconsistency or he has somehow failed to notice it. I'm not sure which is worse.

What's clear is that, when it comes to human rights, at home and abroad, consistency is not Rubio's strong suit. Just a few days ago he was telling everyone to calm down about the Senate Intelligence Committee's report on the CIA interrogation-and-detention program, which involved waterboarding prisoners, locking them up in coffin-size boxes, and threatening to kill their families. Rubio shrugged it all off: "Those individuals serving our country at the time in the intelligence community were acting under the orders of their superiors and approved by legal counsel." Yes, folks, they were only following orders. Presumably in Cuba all the human-rights abuse is spontaneous, undirected, and vigorously opposed by the Castros' lawyers.