Behind the Scenes of ‘2001: A Space Odyssey’
By Michael F. Robinson
Fiction
Movies
Books 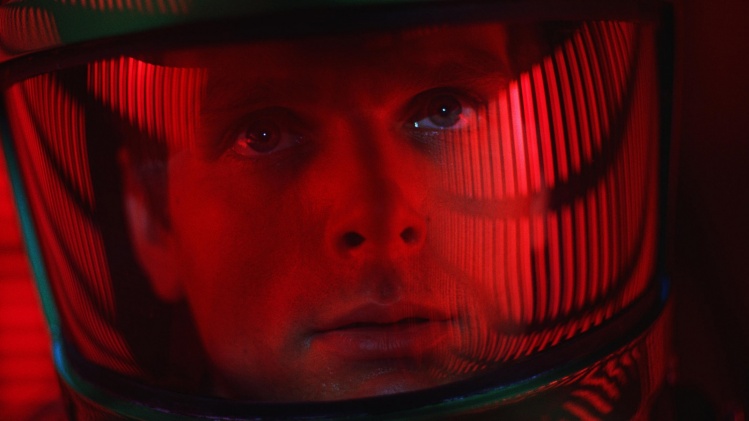 “I have never seen such a pile of junk in my life,” a movie executive muttered while leaving the opening-night showing of Stanley Kubrick’s 2001: A Space Odyssey. He wasn’t alone. Many found it plodding, opaque, and—with a running time of two hours and forty minutes—too long. Kubrick and 2001’s co-writer Arthur C. Clarke watched aghast as theatergoers streamed out of the April 1968 New York premiere during the intermission.

In his meticulous account of Kubrick and Clarke’s collaboration, Michael Benson offers an inside view of this strange film that few critics initially seemed to like or understand. Kubrick had approached Clarke in 1964 in the hopes of making a film that was futuristic and artistic, sweeping in scale and philosophical in approach. In this, he was pushing at the boundaries of a lucrative but ill-respected genre, one that grew out of the “scientific romances” of the late nineteenth century, such as Jules Verne’s 20,000 Leagues Under the Sea and H. G. Wells’s The War of the Worlds. With the rise of pulp magazines and paperbacks in the early decades of the twentieth century, science fiction reached broader and younger audiences. Still, the stories that made it to the silver screen were not the kind of films nominated by the Motion Picture Academy for, well, anything. Science fiction, Benson writes, “was only a step or two above pornography.”

Fresh off his critical and commercial successes, Lolita (1962) and Dr. Strangelove (1964), Kubrick sought a fresh challenge: to create a film that would break open the genre of science fiction. Not that it would be easy. Even directors who deeply admired Kubrick tried to warn him off. “Stanley, for God’s sake, science fiction?” Bryan Forbes (Guns of Navarone) told him. “You’ve got to be kidding.”

Worse yet, Kubrick didn’t have a story. He turned to Clarke—science writer, space popularizer, and futurist—who had become well known for his work for the British Interplanetary Society and for stories based in scientific realism. Over the course of 1964, Kubrick and Clarke met in New York and discussed the project in-depth. Instead of adapting an existing story into a screenplay, they decided that they would write one from scratch. To make things more challenging, Kubrick thought it would work best to write a novel first. After considering a number of ideas, Kubrick found the germ of 2001 in a story Clarke penned called The Sentinel, in which astronauts exploring the moon unearth a tetrahedral-shaped artifact left behind by ancient aliens of a vastly more sophisticated civilization. Gradually Kubrick and Clarke expanded upon this idea, building an epic framework around the Sentinel plot: 2001 begins in the ancient past, when a clan of hominids discovers a monolith that spurs on an evolutionary leap in human cognition. It concludes with a mission to Saturn to explore the signal source of the monolith itself.

The genre of science fiction, so derided in the early 1960s, has given rise to a canon of serious films, such as Solaris, Blade Runner, and Gattaca.
sharetweet

Throughout Space Odyssey, Benson cannot quite disguise his adoration for Kubrick or the movie he produced. Kubrick is not only “a self-educated polymath,” but also “in some ways the ultimate genre director, switching virtuosically between established cinematic categories and forms with a restless analytical intelligence, always transcending and expanding their boundaries.” The film provokes even more rhapsodic declarations, such as the claim that it ultimately “changed how we think about ourselves.”

Such gushing doesn’t prevent Benson from writing candidly about Kubrick’s personal obsessions and eccentricities, a feature that gives color and drama to this very odd couple. The quiet, obsessive Kubrick needed Clarke—gay, philosophical, self-absorbed, and magnanimous—to show him the way. A real friendship developed between the young American director and his older British ex-pat collaborator. Yet Kubrick’s obsessive need to control every aspect of 2001’s production—even when it meant cutting out Clarke’s rights to the film with ruthless efficiency—limited his capacity to get close to Clarke, or to anyone else outside of his immediate family.

Benson is not afraid to get into the weeds of his subject, and at times this sweeping saga plays out a little too close to the ground. We learn that Kubrick’s daughter suffers from croup, that Kubrick asked Clarke’s advice about buying telescopes, and that Clarke’s business partner was involved in filming a James Bond parody in Sri Lanka: “Sorungeth Soru but often referred to simply as Jamis Bandu.

Fortunately, other details are more revealing. We learn that Kubrick gives Clarke a copy of Joseph Campbell’s The Hero with a Thousand Faces, a book of comparative mythology that identifies components—travel, hardship, transformation, and the return home—common to all hero stories. This framework not only describes Odysseus, the Homeric touchstone for the film’s title, but also—quite consciously—the structure of the film itself. We also learn that the stately pace of 2001’s spaceship scenes—unfolding to the strains of Strauss’s Blue Danube—were not merely the product of Kubrick’s aesthetic vision, but also the result of a technical necessity to keep the star fields from strobing when filmed at 24 frames per second.

Despite its rough start with critics, 2001 eventually became a box-office hit. The film’s opaque plot and lack of narration may have put off older audiences, but younger filmgoers loved its visual aesthetic, spectacular effects, and psychedelic ending. Over time, even critics started to come around. Newsday’s Joseph Gelmis panned 2001 on his first viewing but, after accepting an offer to screen the film again, printed a retraction of sorts: “A professional critic is sometimes trapped by his own need for convenient categories, cannons, and conventions.”

In the years after its release, 2001 quickly diffused into popular culture, from the songs and videos of David Bowie to episodes of The Simpsons. A generation of directors—James Cameron, Steven Spielberg, George Lucas—speak reverentially of the film, with Lukas calling it “the ultimate science fiction movie.” Indeed, Lucas quite consciously used Joseph Campbell’s hero-myth cycle in his own Star Wars epic.

Yet there are other ways, too, that 2001 speaks to the present. The Hal 9000 computer would appreciate, I think, the evolution of machine learning now used by Google and other companies to drive cars and translate documents. The genre of science fiction, so derided in the early 1960s, has given rise to a canon of serious films, such as Solaris, Blade Runner, and Gattaca. Literary novelists—Margaret Atwood, Cormac McCarthy, and Kazuo Ishiguro, among others—have increasingly used science fiction as the stage for storytelling. Benson only spends sixteen pages on 2001’s impact, the briefest of stops in a book that spends 420 pages on the conception and production of the film. Still, he offers a terrific ride, one that like Dave Bowman’s spaceship, Discovery One, sets the course, even if it doesn’t exactly reveal the destination.

Michael F. Robinson is a professor of history at University of Hartford. His most recent book is The Lost White Tribe: Scientists, Explorers, and the Theory that Changed a Continent (Oxford University Press, 2016). He runs Time to Eat the Dogs, a blog on science, history, and exploration.