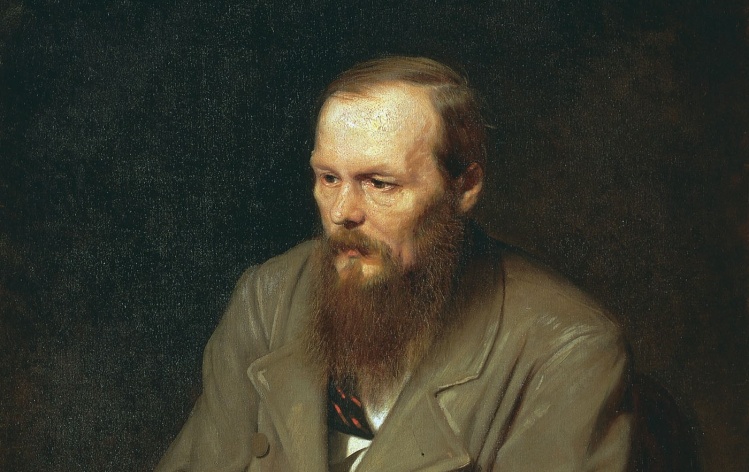 “We’ve become better people since we read The Karamazovs!” Readers spoke these words to Russian novelist Fyodor Dostoevsky just months before he died. Since then, many have echoed that testimony, including Pope Francis, who has attested that “for all of us” Dostoevsky stands as “an author that we must read and reread due to his wisdom.” This year, we celebrate the author’s two hundredth birthday. What better time to reread The Brothers Karamazov, Dostoevsky’s last and greatest novel, or discover it for the first time?

The novel’s young hero, Alyosha, thinks he’s called to become a monk. The local monastery serves him as an escape from his torn, tormented family. But early on Alyosha’s mentor, the Elder Zosima, counsels him to leave, urging him instead to marry and become “a monk in the world.” In the course of the novel, whose plot revolves around the murder of Alyosha’s father and the subsequent trial of his older brother, Alyosha fulfills that vocation by attending to others in the “harsh and dreadful” work of “active love.” As opposed to “love in dreams,” active love (according to Zosima) entails “labor and fortitude.” It’s the slow, steady practice of small, often unacknowledged acts of attentiveness toward others.

Zosima exemplifies such love, as does Alyosha—especially in his relations with his anguished brothers Dmitri and Ivan and their lovers, Grushenka and Katerina. His down-to-earth ministry, which I call his “incarnational realism,” helps him emerge for readers as an image of Christ. In Zosima’s teaching, the “precious image of Christ” prevents wayward humanity from remaining “altogether lost, as was the human race before the flood.” And that’s just what Alyosha does for the other characters in the novel: he’s a vehicle, but also an agent, of divine love.

Zosima’s use of the word “image” is significant. It recalls the ancient tradition of icon painting, so vital to the Orthodox Christian tradition. In 451 C.E. the Council of Chalcedon had issued the definitive statement on the Incarnation, asserting that Christ is both man and God, finite and infinite, “without separation or confusion.” The well-known icon of Christ Pantocrator, painted during the same century at St. Catherine’s Monastery at Sinai (in present-day Egypt), makes that theological definition visible. 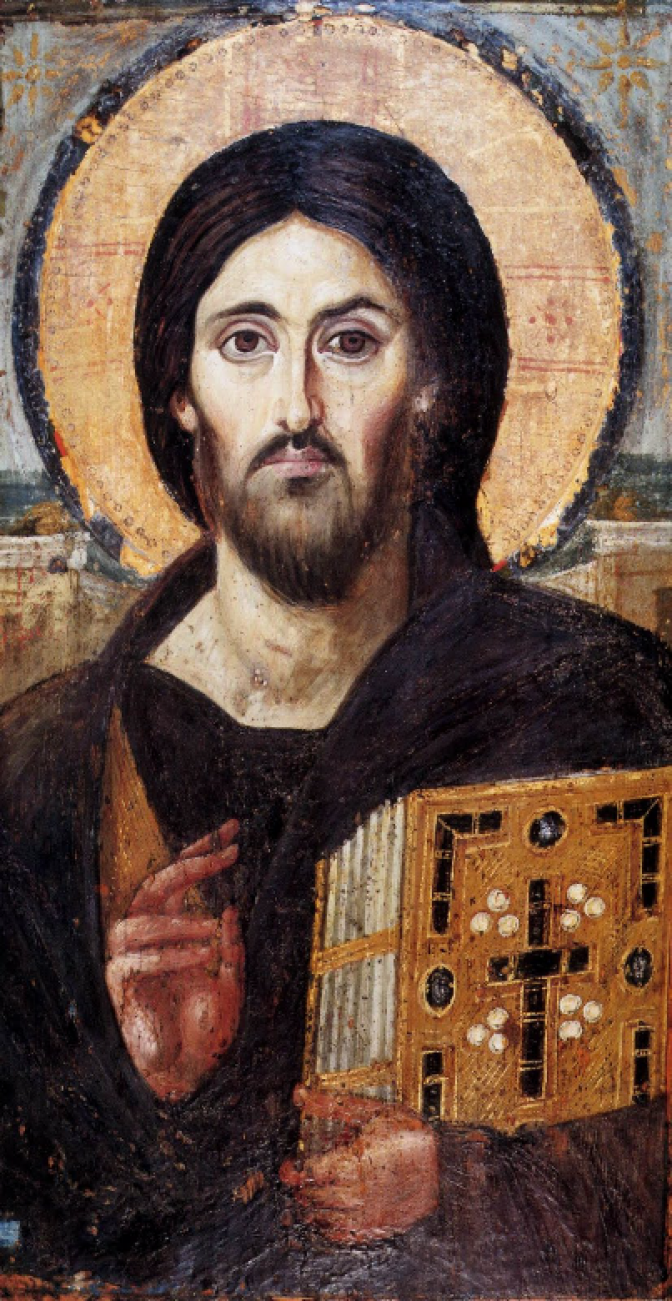 The icon itself deserves close attention. Observe the asymmetry of Jesus’s face, and pay particular attention to the eyes. From the viewer’s left, Jesus’s face is open and receptive, his eye projecting tenderness, acceptance, and mercy. Here is the redemptive Christ, whom Alyosha affirms when his middle brother, Ivan, insists that anyone who tortures an innocent child is beyond forgiveness. In this scene, which occurs early in the novel, Alyosha disputes his brother’s disbelief “suddenly, with flashing eyes”: “There is a Being,” Alyosha declares, “who can forgive everything, all and for all, because he gave his innocent blood for all and everything.”

On the viewer’s right side, though, Jesus’s face is different. His lip turns slightly down, and his eye seems to scrutinize and judge the viewer. Here we are responsible for the violence that blights our world. Jesus’s eye interrogates: What have we done, and what have we left undone? Speaking earlier with Alyosha, Zosima had claimed that “there is only one means of salvation”: each person must make themselves “responsible for all men’s sins.” The paradox lies at the heart of both icon and novel: viewers (and readers) feel both release from their burdens and the weight of Christ’s yoke.

We are each responsible to all and for all. Zosima’s mantra draws on the Eucharistic Prayer from the Orthodox Divine Liturgy: “Thine own of thine own we offer unto Thee, on behalf of all and for all.” The phrase—and its echoes in the utterances of Alyosha and Zosima—helps us understand how salvation works in Dostoevsky’s novel. Christ offers redemption for all, but in turn we must respond to Christ’s work as synergoi, fellow workers, laboring in active love with each particular person we encounter.

The Word creates, enters, and sustains the world, for all and in all its groaning, travail, and sin.
sharetweet

But what about the undeniable presence of evil in the world? Ivan famously rejects the idea of a God who allows innocents to suffer. Yet even in his bitterness, he affirms Christ as “the Word to Which the universe is striving.” This is, in a sense, the core of the novel’s theological vision: the Word creates, enters, and sustains the world, for all and in all its groaning, travail, and sin. What makes this possible (and what makes suffering bearable) is divine grace. “In contact with other mysterious worlds,” humans can perform the work of justice: helping the weak and confronting the powerful.

In A Secular Age, the Canadian philosopher Charles Taylor argues that modern believers must “struggle to recover a sense of what the Incarnation means.” For Taylor, and for the Catholic tradition of which he is a part, this sense includes an understanding of suffering, which has meaning by virtue of its participation in the salvific suffering of Christ.

Such an understanding remains a live option today. We are free to accept willingly—or to reject willfully—God’s invitation to active love. If accepted, a new possibility emerges:

human suffering, even of the most meaningless type, may become associated with Christ’s act, and…become a locus of renewed contact with God, an act which heals the world. The suffering is given a transformative effect, by being offered to God. A catastrophe thus can become part of a providential story.

As has been the case for many Christians, Taylor’s vision has been sustained by Dostoevsky’s.

Unflinchingly, The Brothers Karamazov represents a world wrung by “human suffering.” But, as the Sinai icon helps illuminate, a “providential story” can be discerned in that world. Both the ancient icon and the modern novel suggest that the person who would conform to “the precious image of Christ” must nurture both trust in divine grace and the responsive work of love. To borrow a word from one of Dostoevsky’s most lucid commentators, Mikhail Bakhtin, the icon calls its viewer to respect the unfinalizability, the freedom of the other person. We must retain hope that a sinful person (one like ourselves) may change and surprise. But it also insists that for all a person’s possibilities, they must embody their intentions in concrete deeds. Such is the work that Alyosha takes on in the novel. Such is the work that the novel invites us to perform for ourselves.

Paul J. Contino is Professor of Great Books at Pepperdine University. He is the author of Dostoevsky’s Incarnational Realism: Finding Christ among the Karamazovs (Cascade 2020).