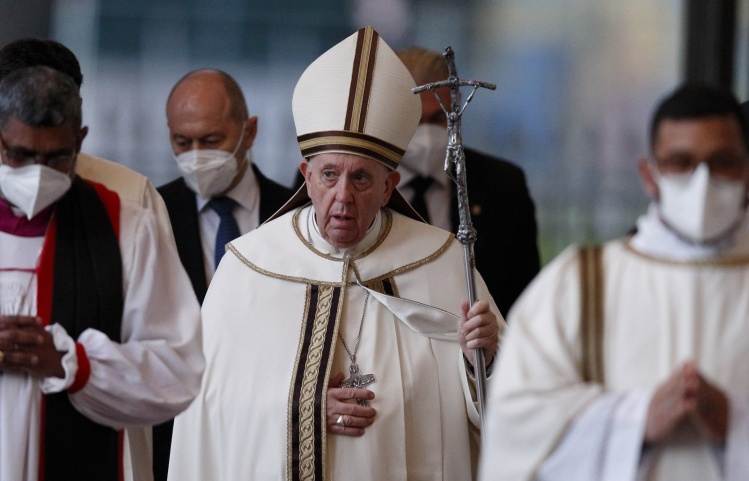 Pope Francis’s January “state of the world” address to foreign diplomats was a powerful, if mostly unsurprising speech, enumerating his global political priorities for the coming year. Mostly unsurprising, except for the part that raised eyebrows and made headlines, when he took aim at “cancel culture” (emerging from Italian to say it in English). First he blamed it for hindering the work of international aid organizations and diplomacy. Then he broadened the critique, lamenting its prevalence in the wider culture: “Agendas are increasingly dictated by a mindset that rejects the natural foundations of humanity and the cultural roots that constitute the identity of many peoples.... I consider this a form of ideological colonization, one that leaves no room for freedom of expression and is now taking the form of the ‘cancel culture’ invading many circles and public institutions.” The irony of this “one-track thinking,” the pope went on to say, is that “under the guise of defending diversity, it ends up canceling all sense of identity.”

The extent of creeping illiberalism on college campuses and in the media can be debated, and it’s not entirely clear just which “circles and institutions” Pope Francis had in mind. But what most people seem to agree on is that Francis wasn’t talking about the deplatforming of politicians and celebrities on social media. Rather, he was directing his ire at the way rich nations tend to impose their values on poorer ones.

Francis was directing his ire at the way rich nations tend to impose their values on poorer ones.
sharetweet

The alternative to such “ideological colonization,” Francis insisted, is on the one hand “reality therapy”—clear acknowledgement of the facts as they stand—and on the other, true dialogue concerning remedies to be taken. Pope Francis’s original Italian is suggestive: all countries, and especially poorer ones, need to be granted a “voce in capitolo,” literally a “voice in the chapter.” The English translation (“to have a say”) misses the key metaphor of the pope’s views on genuine diplomacy. In the Benedictine tradition, members of the community all have the opportunity to express their views in the chapter room; instead of “politics as usual,” a clash in which might makes right, there is long deliberation followed by discernment. In any decision taken, the good of each individual member goes hand in hand with the good of the whole community.

Francis’s hope, articulated at the end of his speech, is that deliberation and dialogue among nations, once practiced, can become “contagious” and spread throughout the world. At this point, though, it seems like wishful thinking. Even in the sphere where Francis can exert control—that is, the inner workings of the Church—he has failed to convince many of his brother bishops, especially in the United States, to take up his project of synodality. It is tempting to suggest the pope and his advisors could benefit from a dose of reality themselves. On the other hand, we shouldn’t let the loose interpretation of “cancel culture” obscure Francis’s bigger point: our interconnected crises of global poverty, war, migration, and climate devastation aren’t just problems rich countries should work to alleviate, but outcomes for which they bear direct responsibility.