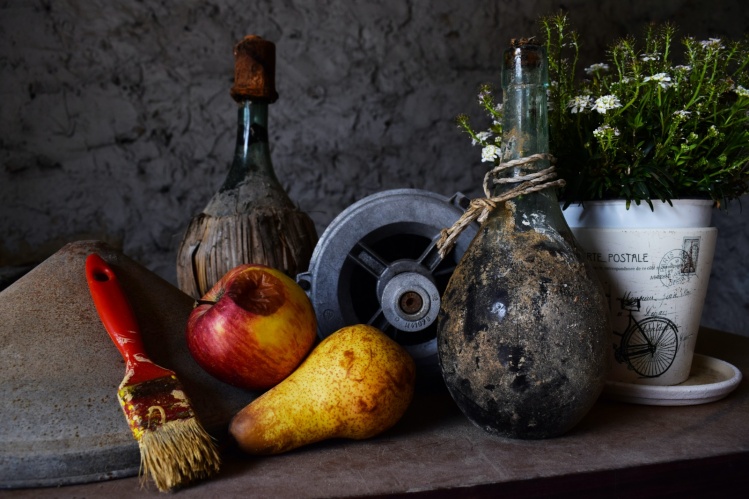 In the worlds of these books, life and death, riot and rot, live side by side (Chris Barbalis/Unsplash).

In March, as the terrible wave of sickness and loss gathered its forces and crashed down on us, as trips were canceled and my classes went online, and as those of us who were not essential workers were confined to our homes, I took War and Peace down from the shelf and began reading. Six pages in, I placed it on my coffee table, and there it remains.

I’ve built my life around books. Ever since I could sound out words, I’ve turned to books for pleasure and connection and ideas and escape and solace. In those early days of the lockdown, I’d read a paragraph of this or that, then find myself wandering around my apartment, surveying my beans, counting my cans of tomatoes. Not being able to read shook my sense of self.

I couldn’t even concentrate on Netflix. Mostly I spent hours on the phone with my sister in France. I read to my three-year-old niece from the strange assemblage of picture books that I happen to have: Pish Posh, Said Hieronymus Bosch, Teaser and the Firecat, and a very dark book about vengeful slugs. At the end of March, when my sister caught the coronavirus, she was often too sick to hold up the phone, so I’d lie worried on the pillow beside her while she drifted in and out of sleep.

My sister recovered, but it seemed that all other news was bad. Ahmaud Arbery murdered while jogging. Overpacked mortuary trailers in New York City. Breonna Taylor, an essential worker, murdered by police in her own apartment. Armed anti-mask demonstrators occupying the Michigan statehouse. John Prine playing over and over on the radio. Just as the weather was turning truly warm, and it was becoming clear that the pandemic was only gaining steam and there would be no federal response, George Floyd was crushed and suffocated by police.

Poetry finally drew me back to reading, especially poems about love, loss, and hope. Lucille Clifton’s “blessing the boats”: “May the tide / that is entering even now / the lip of our understanding / carry you out / beyond the face of fear.” Seamus Heaney’s “The Cure at Troy”: “But then, once in a lifetime / The longed-for tidal wave / Of justice can rise up, / And hope and history rhyme.” Tracy K. Smith’s “Wade in the Water”: “O Lord—O Lord—O Lord— / Is this love the trouble you promised?” Friends and I emailed poems back and forth, and the lines repeated in my head like prayers.

In the months since, I’ve returned to Ross Gay’s 2015 Catalog of Unabashed Gratitude (University of Pittsburgh Press, 112 pp., $17). It’s a gorgeous, sweeping collection of poems, shot through with light and love, and pain, too. It’s a celebration of joy—and Black joy. To read these poems is to walk through an overgrown garden of ripe figs and heavy sweet mulberries, where “cherry tomatoes shone like ornaments.” These poems hold everything: friendship and shit and bright fruit and rot and sweetness and sorrow splitting the skin of the world. Joy and pain exist in a line, in an image, in a word. In “Spoons,” the grief over a friend’s murder exists alongside the pleasure of syrup swirled on a plate, and the friend is beautifully and exactly evoked, kept alive by the speaker’s love.

I turned next to Iris Murdoch’s The Bell (Penguin Classics, 320 pp., $16). It took me nearly six weeks to read it, and in those weeks I was transported to Imber Court, a lay religious community in Gloucestershire, on an estate attached to a convent of cloistered Benedictine nuns. The novel is an absolute delight: wry and smart, sexy and funny and painful. It follows Dora, a lively young woman who decides to return to the contemptuous older husband she’s left, because in his “weekly letters of reproach,” she feels the “demonic energy of his will bent always upon her.” She joins him at Imber Court, where he is studying fourteenth-century manuscripts. It’s not a promising reunion.

Joy and pain exist in a line, in an image, in a word.
sharetweet

The manor is filled with misfits and searchers, people longing to flee old mistakes, to transform themselves. Dora brings a bright and destructive chaos into their ordered days. A community meeting over whether they should purchase a mechanical cultivator reminded me of an especially fraught meeting in my college co-op, when someone suggested changing brands of toilet paper. In a time of near-total isolation, it was a pleasure to imagine living in community, even a community as doomed as Imber Court. While Murdoch’s treatment of her characters can be arch, we are never allowed to dismiss their pain or their love.

Nothing felt farther from my New Jersey living room than a Finnish island under the midnight sun in Tove Jansson’s The Summer Book (NYRB Classics, 184 pp., $14.95). The novel follows the relationship between a child and her grandmother. In brief, episodic chapters, the two explore the island from end to end, their days shaped by weather and the steady patterns of the island.

In Thomas Teal’s translation, Jansson’s prose is unadorned. Sophia and Grandmother’s conversations are frank and unsentimental, and cover urgent topics: God and death, memory and angleworms. They take each other completely seriously and fight on equal terms: “‘Quiet!’ Grandmother yelled. ‘Quiet down! Or I’ll throw up on you.’” They show off for each other and quarrel and tell each other stories and cheat at cards and argue theology.

“I’m not going to pray to Him again,” Sophia said angrily.

This is another book concerned with grief. Always, always, lurking in the background is Sophia’s dead mother, who exists as an unspoken ache. In the chapter titled “Playing Venice,” Sophia, upon receiving a postcard from Venice, asks about the city, and Grandmother delights in reliving her long-ago trip. Together they build a Venice on the edge of a marsh. “One day, there was a green salamander in the Grand Canal and traffic had to make a long detour.” Sophia fills each palazzo with mothers and their little girls. When, one night, a storm washes Venice away, Sophia is inconsolable. “‘It’s sunk,’ Sophia screamed. ‘She’s gone!’” Grandmother sends Sophia to bed and sets about rebuilding, making right a loss that is irreversible.

In late October, the coronavirus hit my family in New Mexico hard, and my beloved grandfather died of it, eleven days before his ninety-fourth birthday. In grief, I once again found myself turning to poetry. In the last lines of Ross Gay’s “Spoons,” the speaker imagines holding his dead friend in his arms, looking into his eyes. He imagines the homes of the dead, which exist inside us who remember them:

Don peered at me again with those sad eyes,

or through me, or into me,
the way my dead do sometimes,

looking straight into their homes,
which hopefully have flowers

in a vase on a big wooden table,
and a comfortable chair or two

what forever otherwise will hurt.

Gradually, as the year has ground on, my attention has become less fragmented. These books reminded me that to look closely is to love, that healing happens through connection, and that connection can happen imaginatively, virtually, even across great expanses.

Kirstin Valdez Quade’s Night at the Fiestas won the John Leonard Prize and a “5 Under 35” award from the National Book Foundation. Her work has appeared in the New Yorker, the New York Times, and Best American Short Stories. She teaches at Princeton. Her new novel, out in April 2021, is The Five Wounds. 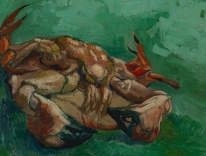