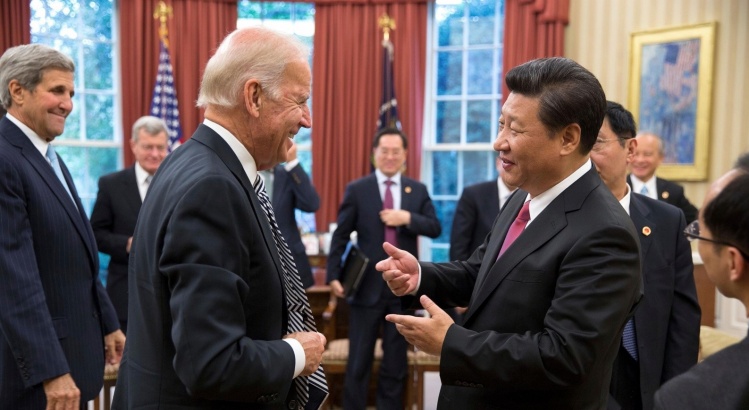 On January 20, the presidency of Donald Trump will come to an end, and with it his disastrous “America First” foreign policy. There is still much we don’t know about what will replace it, but the prospect of experienced, thoughtful leadership in the White House promises much-needed relief to a global order unsettled after four years of Trump’s recklessness, incompetence, and cruelty.

Now is a good time to make an inventory of his foreign-policy failures, before we move on and lest we forget. Remember the 2017 Muslim ban, later gutted by the courts? Or the precipitous 2020 strike on Qasem Soleimani in Iraq, which nearly led to war with Iran? What about the failed Taliban “peace deal,” the “perfect” phone call with Ukrainian President Volodymyr Zelensky that triggered Trump’s impeachment, or the risky transfer of the U.S. embassy in Israel to Jerusalem? Consider also Trump’s never-ending hostility to NATO allies, his praise of autocrats, and his support for Saudi Arabia’s war in Yemen. Not to mention his senseless withdrawal from the Iran Nuclear Deal, the Paris Agreement, and the World Health Organization, or his coldhearted slashing of refugee quotas and illegal suspension of asylum hearings at the southern border. Repairing the vast damage Trump has wrought will not be easy, and will require more than simply reinstalling trained professionals in the State Department and reversing Trump’s executive orders.

Fortunately, President-elect Biden has plenty of experience in this area. As he reminded voters throughout his campaign, he twice chaired the Foreign Relations Committee in the Senate and met personally with more than one hundred and fifty world leaders as vice president. That doesn’t mean he has always made the right decisions, particularly when it comes to military intervention: he supported the Iraq War and opposed the raid that killed Osama bin Laden. And as observers like the Atlantic’s David Frum have noted, in some areas of foreign policy, such as trade or ending America’s “endless wars,” Biden’s protectionist and isolationist instincts are not all that different from Trump’s.

Fortunately, President-elect Biden has plenty of experience in this area.
sharetweet

Still, style is something, and Biden has already pledged to make a “day-one down payment” on restoring American leadership on the world stage. He will immediately raise the annual cap on refugees to the Obama-era level of 125,000 (from the current 15,000) and will order a review of Temporary Protected Status for vulnerable populations. He also plans to convene a global “Summit on Democracy” to combat the rise of autocratic nationalism.

But by far the biggest foreign-policy challenge for the incoming Biden administration is China, which has become ever more aggressive during the past four years, despite Trump’s tariff wars and his racist attempts to blame Beijing for his own mismanagement of the pandemic. In mid-November China signed a major trade deal, the Regional Comprehensive Economic Partnership (formerly known as the Trans-Pacific Partnership, or TPP), which increased its clout not just in Southeast Asia, but across the globe. The RCEP covers 2.2 billion people, one third of the world’s population.

There are certainly areas where Biden can work with China, especially on climate change. But any concessions by China on that front will likely come at a steep cost for the United States on others—and, above all, on human rights. That’s why it’s imperative that Biden work closely with our allies in Europe and Asia to increase diplomatic pressure on Beijing. Relief for the many victims of the Chinese Communist Party—the Uighur political prisoners in repressive reeducation camps, the Hong Kong pro-democracy advocates languishing in jail or in exile—depends on it.