Evil Without Borders
By Valerie Sayers
Books
War and Peace 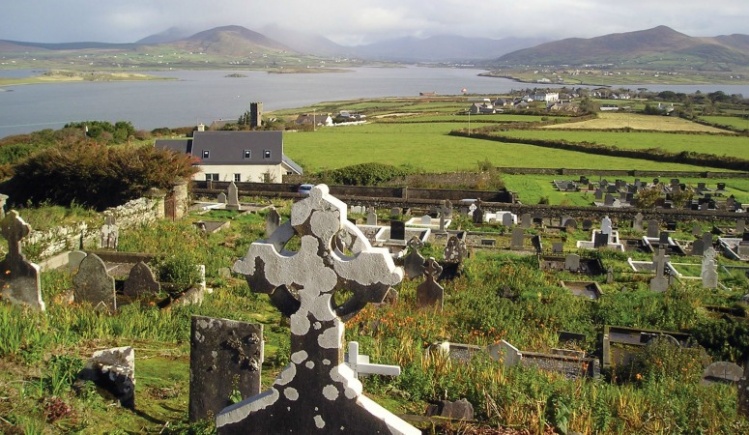 It is a commonplace that there are only two plots in fiction: a stranger comes to town and a man goes on a journey. In her wrenching new novel, Edna O’Brien, the great Irish overturner of commonplaces, joins both plots but twists them in distinctive fashion. In the first half of The Little Red Chairs, a charismatic white-bearded stranger appears in Cloonoila, in the West of Ireland, proclaiming himself a healer when he is really a war criminal in hiding. He is finally arrested, but in the novel’s second half, the Irishwoman who has fallen in love with him is the one who goes on a journey, one of redemption.

I don’t use the term “journey of redemption” lightly. Few novelists convincingly allow characters to recognize, much less redeem, a failure to see beyond their own suffering, and Edna O’Brien, who famously broke with Catholicism long ago, might be horrified by talk of redemption. Here, however, she has fashioned both halves of a surprising plot fusion into a strange but convincing and deeply moving story. A writer whose early work shocked the literary establishment with the news flash that Irishwomen were sexual (as well as intellectual and writerly) beings, O’Brien now deploys every narrative tactic she has developed over a formidable fifty-six-year-and-counting literary career and makes this novel her own offering of reparation to the victims of brutality.

O’Brien’s opening chapters entice with a playful tone and a style that intermittently resembles the language of fairy tales: “Long afterwards, there would be those who reported strange occurrences...dogs barking crazily, as if there was thunder, and the sound of the nightingale, whose song and warblings were never heard so far west.” Such lines serve to remind us, even as light-hearted scenes play out, that fables can turn dark indeed. Though the retired schoolmaster asks his fellow pub-goers to remember another self-proclaimed healer—Rasputin—they are mostly content to let Dr. Vlad dupe them. Unlike the gullible residents of Cloonoila, however, readers may suspect that Dr. Vladimir Dragan, self-proclaimed poet, herbalist, and physical therapist is in touch with the dark possibilities of both lyric and nature.

The townspeople appear in brief flashes, like members of a chorus stepping forward: Dara, the barman and non-stop talker who finds shelter for the mysterious stranger; Mona, widowed devotee of Padre Pio and romance novels, who hopes that Dr. Vlad, too, “will bring a bit of romance into our lives”; Sister Bonaventure, or Boney, kindly and completely up to cultural speed, who presents herself as one of Dr. Vlad’s first massage clients. One figure steps forward for progressively longer stretches: Fidelma, a dark-haired beauty of forty married to an older man. She has failed at business and, because she has suffered two miscarriages, believes she has failed at pregnancy as well. Even before the novel shifts gradually into more realist mode, O’Brien has dropped hints of a complicated psychological compulsion that makes plausible Fidelma’s decision to begin an affair with Vlad or Vuk, as he is also known.

“Don’t do it!” the reader wants to cry out. “Don’t you remember that ‘Vuk’ means wolf?” O’Brien has chosen the Serbian saga The Mountain Wreath for its line, “The wolf is entitled to the lamb,” to open her tale—but Fidelma has not read that epigraph. It is up to readers who remember the brutal siege of Sarajevo and the massacre of Muslim Bosnian men and boys at Srebenica, overseen by the “Butcher of Bosnia,” Radavan Karadzic, to realize that the white-bearded stranger is a barely-disguised version of Karadzic himself. O’Brien has leapt beyond fable and lyric realism into the territory of alternative history, where a contemporary, internationalized Ireland convincingly becomes a hiding place for a military leader, poet, and psychiatrist who oversaw the torture and slaughter that shocked even a complacent world. (In reality, Karadzic was arrested in Belgrade and eventually imprisoned for war crimes.)

O’Brien summons tremendous narrative courage to depict the physical and psychological torments a pregnant Fidelma endures after Vlad’s arrest. The scenes of her torture at the hands of Serbian thugs, alongside the reminders of earlier torture in Bosnia, are almost unbearable to read—but like the dark heart of The Brothers Karamazov (or, for that matter, Heart of Darkness, which this novel invokes), the scenes must be played out if the novel is to bear witness to the presence of evil. O’Brien does not dwell on the degradation and violence, but faces it with brief indelible images. Then she moves on.

And in the second part of her story—Fidelma’s journey to London, the city of refuge for so many fleeing poverty, violence, and torture—Fidelma has the chance to see her own suffering in the context of a world of damage. O’Brien depicts the contemporary challenges facing impoverished refugees in a London of technology, wealth, and privilege with the same assurance she brings to her portrait of a remote Irish village that is nonetheless plugged into a fully connected world. Her novel doesn’t trouble with a unified tone or narrative style as it moves from setting to setting; rather, it tells a story that hurtles forward in whatever mode suits the moment. It is an odd, stitched-together, completely compelling narrative, the best contemporary novel of conscience I have read since J. M. Coetzee’s Disgrace. It is also an affirmation that victims can find not just dignity but a measure of peace.

The novel’s title refer to the Sarajevo Red Line, a 2006 installation of thousands of chairs that memorialized the victims of the Siege of Sarajevo: the little red chairs paid special tribute to the children murdered by Karadzic and his followers. Such an unexpected form requires the vision of an artist—by bypassing logic and argument, the image serves as a forceful moral jolt. So, too, does Edna O’Brien’s imagined encounter with evil that knows no national boundaries. Our hyper-connected world, so easily distracted as civilians flee torture, bombings, battles, and privation, needs a novel like The Little Red Chairs to shake us from our complacency.