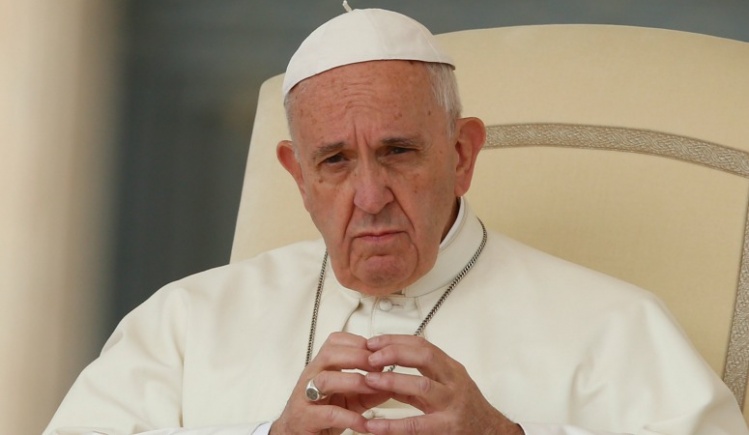 Pope Francis will once again convene his nine-member Council of Cardinals for three full days of meetings beginning next Monday. It will be the sixteenth gathering of his so-called C-9 group of advisors, an innovation the Argentine pope announced just a month after his election as Bishop of Rome in the spring of 2013.

This privy council’s purpose is to assist him in governing the universal Church and reforming the Roman Curia. And it is believed that now, three years on, Francis feels he has received sufficient advice and suggestions from the group to be able to unveil a newly reformed structure for Catholicism’s central bureaucracy. It’s still unclear whether that will happen next week or at a subsequent gathering with Council of Cardinals.

But it is possible that, as he’s done at other meetings with this select body, Francis could use the occasion to unveil other new initiatives and plans. For example, will there be a consistory in November?

A Vatican calendar of upcoming events that was released this week does not (nor would one expect it to) indicate the date when the pope will be creating new cardinals.

But there is speculation that it will come on the heels of the closing Mass for the Jubilee of Mercy on November 20.

Another question is the theme of the next ordinary assembly of Synod of Bishops, which is scheduled for the autumn of 2018.

When the Synod’s “ordinary council” last met in April its fifteen members suggested three possible topics from which the pope might choose as the focus of the 2018 gathering of bishops. Those topics have not been revealed. And Francis is not limited by them. But he will have to announce his choice soon so preparations can get underway.

Andrea Grillo, an Italian theologian who has gained increasing attention and stature during the current pontificate, speculates that the Jesuit pope might ask the Synod to tackle the issue of “ordained ministry in the Church”.

Professor Grillo, who teaches sacramental theology and the philosophy of religion at the Pontifical Athenaeum of Sant’Anselmo in Rome, suggests the Synod look specifically at the following three areas:

Professor Grillo, who is a fifty-five-year old married man with two children, also hopes the Synod of Bishops will again proceed as it did while deliberating on marriage and the family.

Namely, it would enter a two-year process that would canvass the views of all the Church’s members through a survey or questionnaire. The bishops would then discuss the findings at an “extraordinary assembly” of the Synod in the fall of 2017, which would continue to shape their discernment in the run-up to and the deliberations of the “ordinary assembly” in 2018.

Pope Francis should make one more change to the further enhance the Synod’s methodology, according to Grillo. Each bishop should be allowed to bring a personal theologian or expert (peritus) to the Rome gatherings just as their predecessors did at the Second Vatican Council (1962-1965).

He says this would be a great help in overcoming the “huge theological deficit” that was glaringly apparent among so many of the bishops in the 2014 and 2015 gatherings of the Synod.

The pope’s religious order, the Society of Jesus, will hold its thirty-sixth General Congregation (GC 36) in less than a month from now.

Some 215 delegates from around the world will gather in Rome on October 2 and for several weeks will hold meetings at the Jesuit Curia a few steps from St. Peter’s Square. Their first item of business will be to elect a new Superior General. Fr. Adolfo Nicolás, who has spent eight years at the helm of the Church’s largest male order, is retiring at age eighty.

The “Father General” is a central and powerful figure in the Society of Jesus, so this will be a key gathering.

But while the Jesuits are making last-minute preparations for GC 36 at their headquarters near the Vatican, a very different group of religious men on the other side of the Tiber River have already begun the process of electing a new leader.

Roughly 230 Benedictine abbots from every continent are currently meeting at the Abbey of Sant’Anselmo on the Aventine Hill for a congress to elect a new Abbot Primate.

Abbot Notker Wolf, the seventy-six-year-old former head of Sankt Ottilien Archabbey in Bavaria, has held the largely ceremonial post since 2000.

It is believed that the Rt. Reverend Gregory Polan OSB, abbot of Conception Abbey in Missouri (USA) since 1996, is the front-runner to succeed him.

The other leading candidate to be the tenth Abbot Primate is Fr. Bernard Lorent, who has been head of the Abbey of Maredsous in French-speaking Belgium since 2002. Abbot General Giuseppe Cassetta of the Italian Valambrosian Congregation and Abbot Richard Yeo, president of the English Benedictine Congregation, are other names being scrutinized.

Pope Leo XIII established the office of Primate in 1894 in an effort to centralize all religious orders in Rome. But since each Benedictine abbey is autonomous (though often linked to one of nineteen particular congregations or traditions), the primate has no real power over other abbots. He is a universal representative or figurehead of the Benedictine world or Benedictine Confederation.

The primate lives at Sant’Anselmo, of which he is the only member. Monks take a vow of stability to a particular monastery and even if they are living somewhere else temporarily, they remain members of that monastic community.

Most of the Benedictines who are studying, teaching or working in Rome reside at Sant’Anselmo, which also has university programs that grant pontifical degrees in philosophy, theology, monastic studies and—most famously—liturgy.

Pope Francis was to have a private audience with all the participants of Congress of Abbots on Thursday before the election of the new Abbot Primate.

It’s no secret that the first-ever New World and Jesuit pope has his enemies, even within the College of Cardinals that elected him and among other bishops, priests, and Catholics of all walks of life.

But there’s also no doubt that just because “he’s not everyone’s darling,” as Archbishop Georg Gänswein—head of the papal household and personal secretary to the retired Benedict XVI—has said, Pope Francis still has vastly more supporters than detractors.

That’s probably why some in the latter group have decided to forego attacking him directly and, instead, have focused their poison on those who are his closest aides.

The latest target of the violent party is Cardinal Pietro Parolin, the savvy diplomat from Italy’s Veneto region whom Francis carefully picked to be his Secretary of State.

The cardinal has provided indispensible institutional moorings for the whirlwind, off-the-cuff pope. He has been the more sober and less flashy executor of many of the pontiff’s bold and sometimes eyebrow-raising initiatives.

This has earned him a bull’s eye on his back.

A recent article in the conservative Rome-based daily, Il Tempo, claimed that Francis is fed up with Parolin and was planning to replace him. The piece was written by Luigi Bisigni, a former journalist who is considered one of Italy’s most influential men in the world of business and politics.

It was a published as a letter to the editor.

Among the farfetched claims is that that the pope is furious that the Secretary of State has been unsuccessful in obtaining funds from Italy’s current Prime Minister, Matteo Renzi, to help fund the Vatican-owned Bambino Gesù Pediatric Hospital. “During Ratzinger’s time the Berlusconi government gave more 300 million euros to their coffers,” the author claims.

Bisignani also accuses Cardinal Parolin of causing a civil war among Chinese Catholics because of his cozying up to Beijing’s communist leaders. And he repeats “rumors” that the cardinal is in ill health. Yet, at the same time, he says Parolin is angling to become Archbishop of Milan so that, like Paul VI before him, he’ll boost his chances of becoming pope.

You can be sure of this: as Pope Francis continues to upset some people’s applecart, his closest aides will undoubtedly be increasingly used as target practice.