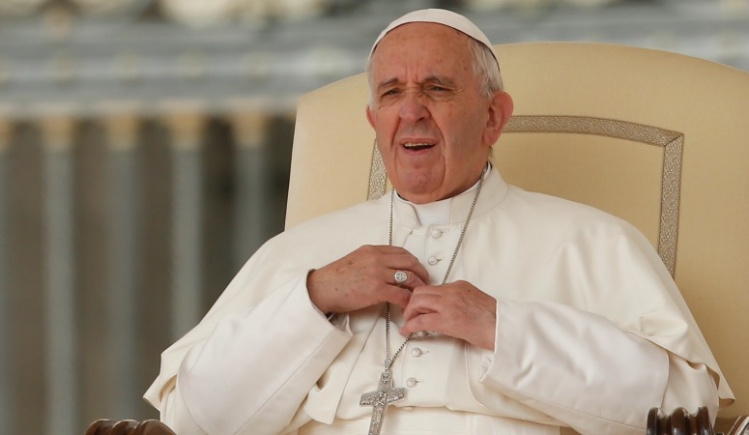 Amoris Laetitia. The Joy of Love.

That’s the name of Pope Francis’ highly anticipated post-synodal exhortation on marriage and the family. And there’s sure to be great fanfare this Friday when it is officially released at the Vatican. (A colleague suggested “The Joy of Eros” might have a been sexier title. But at least it wasn’t named “More Theology of the Body"…)

Significantly, the pope and his secretary general at the Synod of Bishops, Cardinal Lorenzo Baldisseri, invited Cardinal Christoph Schönborn, O.P. of Vienna to headline the panel that will present the document to the press.

The seventy-one year old Dominican got is red hat way back in 1998. That makes him one of the most senior-ranking cardinals under the age of eighty who is still in a major leadership position. Only three men in this category have been cardinals longer than he and two of those will age out in October.

The Austrian cardinal is also a respected theologian who has helped bridge any real or imagined doctrinal changes (or "developments") that some people fear have crept into the Church since Benedict XVI resigned the papacy in 2013 and Francis was elected to succeed him.

In fact, Schönborn was a student and close collaborator of the former pope. Among other things, he helped the then-cardinal Ratzinger with the enormous task of “writing” and editing the Catechism of the Catholic Church.

At the same time, he has been one of the strongest and most credible supporters of the current pope’s program of reform, including his efforts to refashion the Church’s pastoral care of the family.

The cardinal-archbishop of Vienna—who joined a religious order that has "Truth" as its motto—is just the man Pope Francis needs to vouch for the doctrinal integrity of Amoris Laetitia, a document that some self-styled Catholic traditionalists already want to put at the top of a dusted-off Index of Forbidden Books.

Oh, and since this is a document about love in the family, a married Italian couple will also be joining Cardinals Baldisseri and Schönborn at its unveiling.

There have been all sorts of speculation about what the exhortation might and might not say, especially regarding a number of hot-button issues.

But two in particular have captured the world’s fascination.

What will Pope Francis say about Catholics who are divorced and civilly remarried? And what about those who are in same-sex partnerships? Basically, what will the pope who unashamedly identifies himself as a sinner say about people who—according to traditional Catholic jargon—are “living in sin”?

We’ll have to wait until Friday for the answer to those questions. But the following is all but certain.

The seventy-nine year-old Jesuit pope did not have the entire church embark on a journey that has spanned more than two-and-a-half-years so far, has included two large gatherings of the Synod of Bishops (2014 and 2015) and has generated endless debate throughout the world only so he could produce a document that will simply repeat or reiterate what the Vatican and other popes have instructed about marriage and the family up to now.

No, it seems pretty certain that Francis will present some new “developments,” even if only by way of new “applications” of church teaching.

A two-page memo that Cardinal Baldisseri sent out last week to all the world’s bishops says as much. The missive, which has not been made public, offers some interpretive keys to understanding the upcoming exhortation.

Interestingly, it seems to “protest too much” in insisting that Francis is not going to change church doctrine. The cardinal says the pope only wants to “recontextualize” it for pastoral needs.

Call it what you will—change, development, contextualization… But Cardinal Baldiesseri clearly wants to assure any suspicious bishops out there.

Doctrine must be interpreted in relation to the heart of the Christian 'kerygma' and in light of the pastoral context in which it is applied, always mindful that the 'suprema lex' must be the 'salus animarum,' as established by the last canon in the Code of Canon Law: "…having before one’s eyes the salvation of souls, which is always the supreme law of the Church" (Canon 1752).

Cardinal Tarcisio Bertone, as everyone knows, is a lightning rod for controversy. The Italian Salesian, who is now eighty-one, was the man that Benedict XVI made Secretary of State (and then Camerlengo of the Holy Roman Church).

The theologian-pope’s choice of his former assistant at the doctrinal congregation for this crucial post (despite protests from the previous Secretary of State and many others) was arguably the worst of his many bad appointments.

And when the Bavarian pontiff angrily refused the pleas of his most loyal aides to sack the disastrous Bertone, it was virtually the end of his hapless pontificate.

Well, the cardinal has been retired since October 2013, but the cloud of controversy that seems to follow him around à la Charlie Brown (the cartoon character, that is; not the papal nunzio in Ireland) is still casting a long shadow. And it’s the Vatican that’s being engulfed by it once more.

The latest mess revolves around the astronomic costs Bertone has shelled out for renovating two penthouse apartments that he’s joined together to be his retirement home. The irony, of course, is that his new digs are located in a building next to the priests’ residence (and visitor’s hotel) where Pope Francis lives spartanly in a couple of small rooms.

It seems he gave the renovation job to some friends in a firm from Genoa where he served as archbishop from 2002-2006. And apparently his buddy ol' pals double-charged for their work, which—by the way—they never completed because they went out of business.

Vatican City’s civil magistrates have opened up an investigation, but Cardinal Bertone is not the one being looked at. The subjects of the ongoing inquiry are two men, formally president and treasurer of the nearby Bambino Gesù pediatric hospital, who paid €422,000 (about $480,000) for the renovation.

Why did they pay? They said the cardinal had agreed that such a luxurious setting next to the pope’s residence would be a great venue for schmoozing and making more money off the hospital’s generous benefactors.

Bertone has denied any wrongdoing, including that he agreed to take the hospital’s cash. Granted, the apartment is not his, but the property of the Vatican. And someone else will use it when he’s long gone. In any case, the investigation is just one part of this story.

What’s more amazing, and it’s something few people seem to have reflected on, is that Cardinal Bertone said he paid for the renovations out of his own pocket (hence, the double billing).

The real question a whole lot of people should be asking is where did he get such deep pockets? We’re talking about €330,000. That’s about 375 grand in US greenbacks. Personal funds?

When Cardinal Bertone joined the Salesians at age of sixteen he took vows of poverty, chastity, and obedience.

Yes, it’s true that when he became a bishop in 1991 he was released from his vow of poverty. But he has always said that, despite being raised to the episcopate, he has remained a religious and closely kept his Salesian identity. Evidently not all the vows.