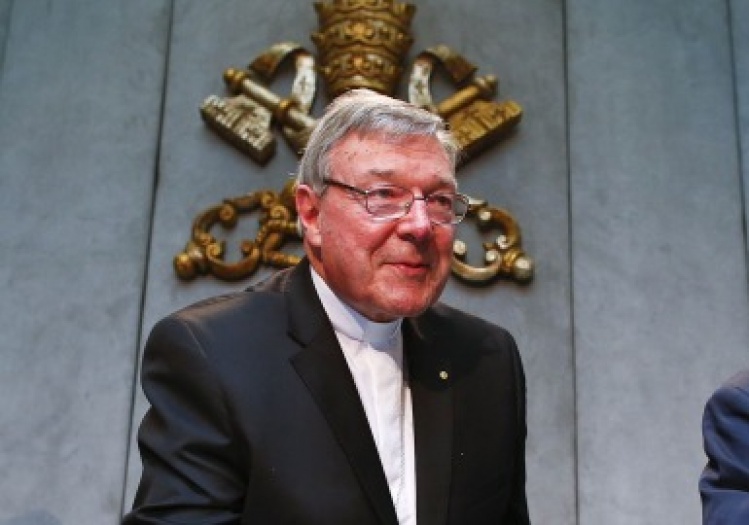 Pope Francis has finally issued statutes for the three main offices in charge of overseeing financial reforms at the Vatican. And if you believe reports in much of the English-language media, you’d be convinced that he’s strengthened the hand of Australian Cardinal George Pell, who is prefect of one of those entities, the secretariat for the economy. But you would be wrong. One prominent writer even suggested – astonishingly – that proof of this renewed vote of confidence in Pell was the fact that Francis did not sack him. That was never even a remote possibility. And it’s the flimsiest piece of evidence on which to stake such a claim. In reality, the newly published statutes for the three offices – Pell’s, the fifteen-member Council for the Economy headed by German Cardinal Reinhard Marx, and that of auditor general (still to be named) – actually put significant checks on the former Archbishop of Sydney. It is clear, beyond any shadow of a doubt, that these statutes are not what Cardinal Pell had hoped for. The proof of that is in the simple fact that the new texts were published in Italian with no sight of an English version or translation. This is most peculiar, especially since – according to Francis’s “motu proprio” of February 2014 that established the three offices, Fidelis Dispensatur et Prudens – Pell was the person “responsible for the preparation of the definitive statutes” for all three. He certainly would have prepared them in English, since he’s fought to make that his office’s main working language in the year since he took up his job here in Rome. Obviously, the texts he submitted were modified. By the secretariat of state? By Cardinal Marx and his council? Be assured, these statutes do not confirm George Pell as a so-called Vatican finance “czar” with the broad-sweeping powers that perhaps he and others had envisioned. At best, they represent a compromise between him and his allies that have been advancing that ambition and other Vatican chieftains that demanded it be reined in.

So how do these new statutes – which were promulgated ad experimentum and could be revised in the future – implement checks and balances that, ultimately, curtail some of Cardinal Pell’s duties and powers? First of all, they make it clear that he is answerable to the Council for the Economy (coordinated by Cardinal Marx) and is not “directly responsible to the Holy Father,” as Fidelis Dispensatur et Prudens stated and the Australian loved to repeat. In short, Pell and his secretariat get their marching orders from the Marx’s council and must submit their work, proposals for any major initiatives, budget and so forth to the council. That body (Marx) then deals directly with the pope. Cardinal Pell’s secretariat has also been stripped of its the authority and control – which it was given last year – over all Vatican rental properties and real estate that had been managed by the Administration for the Patrimony of the Apostolic See. And neither is it to oversee management of the Pension Fund for Vatican employees, which it was clearly poised to do just a year ago. The February 2014 “motu proprio” reserved no apparently prominent role for the cardinal secretary of state (Pietro Parolin) in the Vatican’s financial and economic affairs, except to say that the secretary for the economy (Pell) “acts in collaboration” with him. But the new statutes say Cardinal Marx and his council are to consult equally with the secretary of the economy and the secretary of state when they make deliberations. Some Vatican officials, not convinced that the council would be able to sufficiently keep Cardinal Pell from amassing too much control, had urged Pope Francis to create yet another body of cardinals to oversee his work. That did not happen. But in an evident compromise, the new statutes stipulate that three people (not one, as originally foreseen, but now with an additional two adjuncts) would head the office of auditor general. Not only is this office also directly responsible to the council of the economy, but its three leaders are selected from names Cardinal Marx (and not Cardinal Pell) submits to the pope. Now, none of this is to say that the new statutes have turned George Pell into a toothless tiger. He still has an unprecedentedly wide authority to implement greater financial transparency and modern accounting practices throughout the Vatican. He can also hold Roman Curia officials’ feet to the fire. But with these new statutes the pope just made it a little more difficult for him to burn them.

Hopefully, the cardinals and lay experts working in this three-headed “coordinating agency for the economic and administrative affairs” of the Vatican will be swifter in bringing about transparency and accountability than those dealing with clergy sex abuse. An Italian news agency reported this week that the Congregation for the Doctrine of the Faith, the office in charge of abuse cases, has refused to cooperate with civil authorities in Italy concerning a well-known priest that Benedict XVI dismissed from the clerical state in 2012. “The procedures of the Congregation for the Doctrine of the Faith are of a canonical nature and, as such, are not an object for the exchange of information with civil magistrates,” a Vatican source told the Agenzia Giornalistica Italiana (AGI). Benedict “defrocked” Fr. Mauro Inzoli, a popular priest of the Communion and Liberation (CL) movement, for abusing dozens of children over a ten-year period. But Pope Francis re-instated him last summer after he appealed the decision and then sentenced the priest to a “life of prayer” and penance. The “Pope of Tenderness and Mercy” put a number of restrictions on Inzoli, such as forbidding him from publicly functioning as a priest and ordering him to live in “humble privacy” (umile riservatezza) – in other words, to keep a very low profile. Failure to observe these restrictions, said the sentence issued by the CDF in 2014, “would lead to dismissal from the clerical state” once more. AGI reported that an Italian politician has cried foul, saying the doctrinal congregation should have informed civil authorities of the disciplined priest’s status. And it also seems the easily recognizable Fr. Inzoli may have broken the terms of his newer, more merciful sentence. He was seen among his CL friends last January at the movement’s famous “meeting” in Rimini. He was attending a conference on the defense of the family.