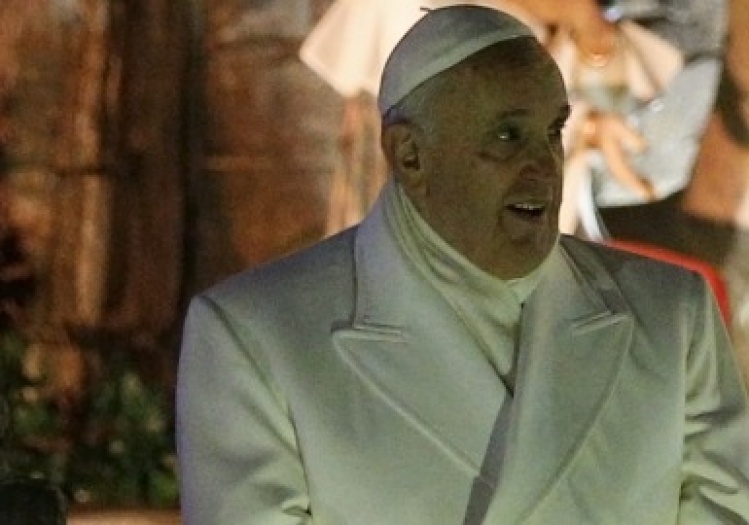 We’re already a week into 2015, but even several days before consigning the old year to the annals of Vatican history Pope Francis indicated that the new year was likely to be full of surprises. Yes, by his now-famous denunciation of some fifteen spiritual, moral, and organizational illnesses that he said threatened the health and holiness of the Roman Curia. It caused a storm among some commentators, especially those already critical of him for authorizing Cardinal Walter Kasper to explore the possibility of allowing divorced and remarried Catholics to receive the Eucharist. They warned that, if he continued to act like this, he would end up alienating the very people (bishops) he needs on his side if his reforms are to succeed. One critic accused him of being unpredictable to the point of confusing the “average Catholic.” But for those who were listening closing on New Year’s Day, this “people’s Pope” answered that unsubstantiated assumption. At the end of his homily at Mass in St. Peter’s Basilica he told a story about the early Christians at Ephesus who pressured the bishops to support their belief in the divine motherhood of Mary. “I do not know if it is true (but it’s said) that some among those people had clubs in their hands, perhaps to make the bishops understand what would happen if they did not have the courage to proclaim Mary ‘Mother of God’!” he said. What are the people demanding from the church and their bishops today? Francis seemed to identify it earlier when he said it was “in the church that Jesus continues to accomplish his acts of grace which are the sacraments.” But he added, almost cryptically, that the church must be “like a mother who tenderly holds Jesus and gives him to everyone with joy and generosity” (my emphasis). Sounds a lot like what Eucharistic ministers do.

Naturally, “Bergoglio’s List” has also caused a bit of a stir with the pope’s critics. Not the book bearing that title, which chronicles how he supposedly helped save many lives during the dirty war in Argentina. No, the list he read out last Sunday, announcing the new cardinals he will create at next month’s consistory. Most of the names and places were unpredictable and unexpected. Four countries will have a cardinal for the first time ever. They include Panama, Cape Verde, and Tonga, where the cardinals-designate are only “bishops” of small dioceses. The other is Myanmar (Burma). A couple of them have miniscule Catholic populations and they are all – in the minds of certain Roman centralizers – practically non-entities from the ecclesiastical boondocks. Even the Italians, who get two more cardinals to go with the four they got last time, were surprised that the Patriarch of Venice and Archbishop of Turin were passed over for archbishops in the much smaller and “less important” sees of Agrigento (Sicily) and Ancona. And if you think Pope Francis irked a few Vatican prelates last month with his Prophet Jeremiah routine (see above), you can’t imagine how some are feeling after he announced that only one Curia official will be made a cardinal this time. Once again the Argentine pope passed over Archbishop Jean-Louis Bruguès, the seventy-one-year-old French Dominican whom Benedict XVI appointed head of the Apostolic Library just before he resigned the papacy. A cardinal has always held this post. One has always headed the Pontifical Council for the Family, too, and with such a focus on the family this year one might have wagered at least a hot cappuccino that the council’s current president, Archbishop Vincenzo Paglia, might get the red hat after three years at the post. The heads of three other pontifical councils were also left off the list – Archbishops Claudio Celli (eight years at Social Communications), Zygmunt Zimowski (nearly six years at Health Care) and Rino Fisichella (nearly five years at New Evangelization). Then again, it’s likely that none of these offices will exist much longer in their current form if Papa Francesco succeeds in reforming the Curia.

Someone sent me a curious note a week or so ago, trying to confirm a “rumor” that experts at some of the pontifical universities in Rome have been “asked to quietly prepare preliminary documents for an ecumenical council to be called during or after the 2015 Synod.” If a jeremiad against the Roman Curia or the unconventional selection of new cardinals could cause such consternation, just imagine what this would do! At first, I dismissed this as pure fantasy. Then I thought such a rumor could have its origins with the “clericalists,” both lay and ordained, who see Francis as “Enemy No. 1” of the backward-looking church they’ve been earnestly trying to recreate the past decade or so. Seriously, with the current crop of bishops appointed over the past twenty years or so, a council might seem a winning strategy for reinserting “retrodoxy.” But the question is whether Pope Francis would really call a council at this time. There are a number of reasons why it seems unlikely. First, he has shown he embraces the ecclesiology of Vatican II, which has still not been implemented adequately in the church’s structures. So calling another council would seem premature at this time, although many thought the same thing when John XXII called Vatican Council II. Second, to be a truly ecumenical council the other parts of the one (divided) church would have to be involved, and that does not appear at all likely. On the other hand, the absence of the Orthodox and the separated communities of the Western church would not exclude a general council for those in communion with Rome. But the third reason why it’s not likely to happen is most compelling. Pope Francis is trying to develop the Synod of Bishops so that the principle of synodality becomes a permanent part of the structure for governing the universal church. My hunch is that, rather than call a council, the Pope will continue to revamp and expand the synod. More plausible is that next October’s session, for example, will likely have to be extended.