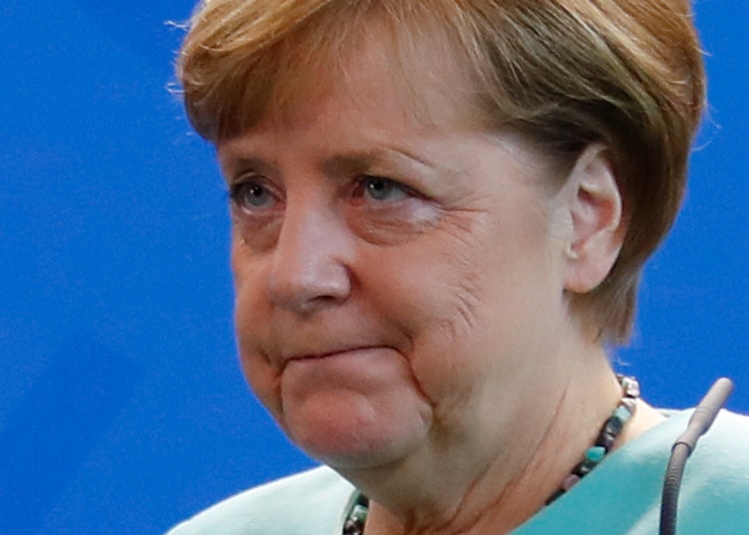 Berlin. Last week an old friend from Stuttgart wrote to reassure me: “Don’t worry. We’ll stick together, no matter what our politicians say and do!” That was the week that German Chancellor Angela Merkel, after a set of meetings in which Donald Trump berated Germany for its trade surplus, proclaimed that the Unites States is no longer the reliable ally it once was. For Americans, this might seem like just one more farcical moment in the Trump presidency. It is after all easy to become inured to his antics. For Germans, however, this was momentous. Never, since 1949, has a German chancellor distanced herself and her country so decisively from the United States. If acted on, it will be the most substantive political realignment since World War II. More than unification itself, it will mark the end of the “postwar period.”

We might be tempted to overlook this point. Most Americans in fact regularly do so: As we know, “foreign affairs” play an embarrassingly small role in U.S. politics—to the chagrin of many Germans, by the way, who feel cheated in a lopsided relationship where they care more about the United States than we do about them. Others will downplay Merkel’s remarks as political posturing: there is an important election here in Germany this fall, and her tough stance vis-a-vis the United States may have helped a bit. (She is, however, far ahead in the polls; and the Social Democrats—her chief opponents—seem almost bent on self-destruction.)

But we cannot ignore the truth. As a new and astounding poll from the “Polit-Barometer” of the ZDF (Zweites deutsches Fernsehen, a branch of German Public Television) shows, Germans across the political spectrum now believe that the United States is much less likely to stand with them in a time of crisis. In similarly alarming numbers between 60 and 70 percent of respondents find it improbable that America will work with them on key global concerns such as terrorism and climate change. This poll was in the making before Trump announced that the United States would withdraw from the Paris accord. The numbers can’t be any better now.

Never, since 1949, has a German chancellor distanced herself and her country so decisively from the United States.
sharetweet

I’m in Berlin this summer with over fifty students from the University of Notre Dame studying subjects as diverse as theater, international economics, and environmental studies. And of course German. The fundamental premise of these programs is that Germany—both in its rich cultural traditions and as a contemporary European powerhouse—has a great deal to teach us. In the two decades I have been directing such programs never have I felt more at odds with a U.S. administration. We take great pains to inculcate cultural humility and curiosity; Trump and his supporters are bent upon asserting a shameless American chauvinism. We should understand that the “America first” line—quoted frequently in the German press as Amerika zuerst—is not treated here as some forgivable rhetorical excess of the campaign, but seen rather as a policy statement meant to marginalize and devalue key relationships with Germany, Europe, and other long-time allies.

While we normally steer clear of party politics in the classroom, it has now become necessary to explain to students why Germans—conservative and liberal, across the board—are so angry and frustrated with the United States. It is not an easy task, as not a few of my students have told me that their parents are themselves Trump supporters. Suddenly learning about Germany seems very personal. Goethe’s Faust, torn between deeply competing impulses, famously said: “Zwei Seelen wohnen ach in meiner Brust” (“Two souls, alas, indwell my breast!”). Looking at the faces of my students, I think the same must be true of them. This is not a lesson foreseen in any of the syllabi we had prepared for the summer.

None of this, of course, is to deny difficult periods in the German-American relationship since World War II. The 1968 student movement, whose fiftieth birthday we celebrate this year, brought to the surface serious ruptures. But that anger, often directed against the American prosecution of the war in Vietnam (to this day viewed as a genocide by many mainstream Germans, by the way), was in equal measure directed against the Federal Republic (FRG) itself; it was an expression of a profound crisis of faith in the then still new German democracy. Fifteen years later, Ronald Reagan’s placement of Pershing missiles in West Germany led to another serious rift between the only real postwar superpower (the United States) and its “client state” (as leftist critics put it), the FRG. The hostility was real, as I personally experienced. As a student in Berlin, I rode the overnight bus to Munich to participate in the 1982 Easter march against the missiles. The displeasure was unmistakable, and one cannot deny a strain of anti-Americanism among certain demographic groups.

But I was welcomed—as an American—to join the march. And though my comrades frequently had to catch themselves, and quickly revise some of their sweeping condemnations, they acknowledged the common good to which we all aspired. And no matter what one makes of these events, they never managed to place in doubt the fundamental alliance. The bulk of West Germans, and later the majority of citizens in united Germany, has always supported the Western alliance.

In Berlin, this was especially true, because this is where Germans most personally encountered the American men and women who risked their lives (along with the British) to mount the truly heroic Berlin Air Lift, providing Berliners with all the essentials denied them by the Soviet Blockade of 1948-49. This event—commemorated here as the “Air Bridge” (Luftbruecke) lives deeply in the cultural memory of Berlin, and in that of Germany more generally. Will this “bridge” bear the strain of the president’s recent pronouncements? There are still many Berliners around who can personally tell this story to my students, and sometimes do. And it is because of them that I nurture the hope that my friend’s words of consolation—“we’ll stick together no matter what”—may in the end prove true.

Trump seemed to grasp the basic facts of the European Union as little as he does those of American civics.
sharetweet

But we should not underestimate the damage Trump has done—and continues to do—to the relationship with our most trustworthy ally since WW II. Merkel reported in the press that she had to repeat over and over to the president that he cannot make a separate trade “deal” with Germany. But Trump seemed to grasp the basic facts of the European Union as little as he does those of American civics.

Still, I don’t want to be an alarmist. The German-American relationship is in many ways simply inevitable; fundamental economic and cultural ties will surely persist despite the policy fissures of recent weeks. But when even dyed-in-the-wool conservatives here, the equivalent, if you will, of George Bush Republicans, affirm in great numbers that the United States is no longer reliable on key matters regarding Germany’s future, we do hhave reason for concern. Trump’s disrespect of Germany, in tandem with his brash ignorance of European institutions, also sets a bad example for my students. We ask them to become respectful, open-minded cultural ambassadors. The president is telling them that none of that—indeed none of what we do here—matters much. Mr. President: The Germans are listening. And so too are young, still impressionable people across the world.