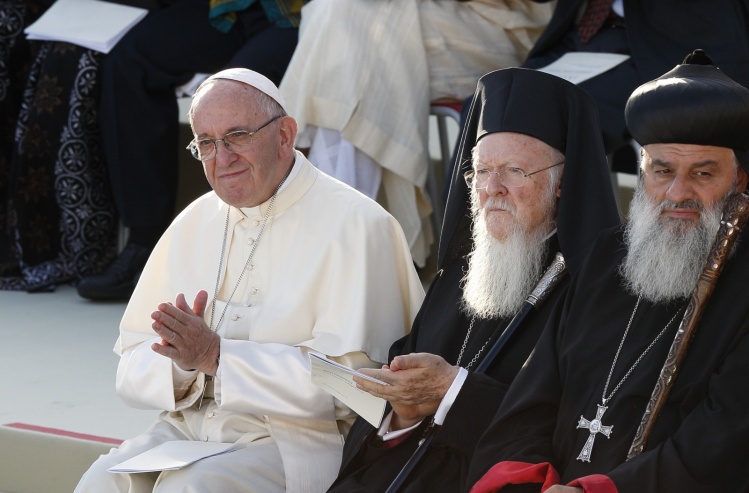 Pope Francis is extremely skeptical and unsparingly critical of Catholics who are obsessed with the minutia of doctrine and the fine points of church law. He has often called them—especially those who are theologians or clerics—rigid and even hypocritical.

They, in turn, have complained that the Jesuit pope is woefully weak and insufficiently trained in explaining and defending Roman Catholic theology.

One of the most recent to do so was Cardinal Antonio Rouco Varela, the eighty-year-old Archbishop-emeritus of Madrid. He blasted Francis in front of some seventy future Spanish priests at a May 17 dinner in the southeast city of Murcia.

It was done behind closed doors and the cardinal, aware that most of today’s seminarians share his more traditional views on the Church, took the liberty to criticize the current pope.

But, fortunately, a few of those in attendance were actually scandalized by the cardinal’s remarks.

“There was an evident disregard for the pope, for not being a good theologian and for his lack of evangelizing skill,” said one of the seminarians, according to José Manuel Vidal, a leading religion writer in Spain and editor of the on-line publication, Religión Digital.

Theology in a laboratory

The now-retired cardinal was ordained to the priesthood in 1959 after earning a licentiate in theology at the Pontifical University of Salamanca. His bishop sent him immediately after ordination to the University of Munich where, in 1964, he got a doctorate in canon law.

Rouco returned to Spain where he spent the next two years in a seminary teaching theology and ecclesial law. He then went back to Munich where he was university professor from 1966-1969, a period when he was also a chaplain to Spanish immigrants living in Bavaria.

He was then professor and eventually vice-rector at the University of Salamanca until 1976 when Paul VI named him auxiliary bishop of Santiago de Campostela, the same place John Paul II would elevate him to archbishop in 1984. John Paul transferred Rouco to Madrid in 1994 and made him a cardinal a few years later.

During his twenty years in the Spanish capital, Cardinal Rouco Varela was a conservative ecclesiastical and political power player. He rose to this lofty position with virtually no pastoral experience. Never once did this diocesan priest serve in a diocesan parish.

Instead, he was an academic trained as a “laboratory theologian” and it is from such a lab theology that he carried out his episcopal ministry. Anyone who has been following the Vatican closely the past four years knows what Pope Francis thinks about such a theoretical and cerebral way of studying the faith.

“Ours is not a ‘lab faith,’ but a ‘journey faith,’ a historical faith,” he said at the very start of his pontificate.

“God has revealed himself as history, not as a compendium of abstract truths,” he stressed in his very first interview as pope.

“I am afraid of laboratories because in the laboratory you take the problems and then you bring them home to tame them, to paint them artificially, out of their context,” Francis said.

His bottom line: “You cannot bring home the frontier, but you have to live on the border and be audacious.” 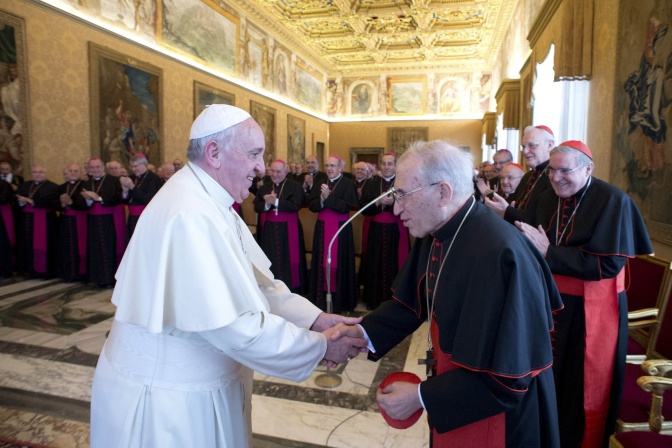 Ecumenism and banishing theologians to a desert island

The pope believes this is especially true when it comes to ecumenical theology, which is aimed at reconstituting the full, visible unity of the Church – that is, the unity of all who believe in Jesus Christ.

“What are we waiting for? For theologians to reach an agreement?” Francis asked in 2014 during an in-flight press conference as he returned to Rome from Istanbul where he visited the Ecumenical Patriarch of Constantinople and “first among equals” in the Orthodox hierarchy, Bartholomew I.

“That day will never come, I assure you. I’m skeptical,” the pope said.

“Theologians work well, but remember what Athenagoras (Bartholomew’s predecessor) said to Paul VI: ‘Let’s put the theologians on an island to discuss among themselves and we’ll just get on with things!’” Francis added.

But there are theologians and there are theologians. Not all of them are tied to a “lab faith,” obstinately stuck in the realm of confessional ideals made up of neatly composed propositions that are rooted in airtight philosophical systems divorced from the concrete and messy realities of human lives and history.

“We mustn’t wait. Unity is a journey we have to take, but we need to do it together,” the pope said during the in-flight presser.

“This is spiritual ecumenism: praying together, working together. There are so many works of charity, so much work.... Then there is an ecumenism of blood: when they kill Christians (they don’t say): ‘You’re Catholic.... you’re Anglican....’ No: ‘You are Christian’…  We already have unity, in spirit, and in blood,” the pope insisted.

What are we waiting for? For theologians to reach an agreement?
sharetweet

And for Francis this unity does not mean uniformity. Rather, it is “reconciled diversity”, a term first coined by Lutheran theologian Oscar Cullmann (1902-1999) and even endorsed in 1993 by the once-legendary “grand inquisitor,” Cardinal Joseph Ratzinger—though it seems in a much more restricted and cautious manner.

Embracing and promoting a reconciled diversity among the various Christian denominations, according to Pope Francis, is the only way Christianity will be able to be a credible witness in the world, especially as a model for peace.

“In the name of Jesus we can demonstrate with our witness that peace is possible! But it is possible only if there is peace among us,” the pope said on the vigil of Pentecost while celebrating the fiftieth anniversary of the Charismatic Renewal, a movement of the Holy Spirit that arose spontaneously in 1967 in various denominations.

“If we accentuate our differences, we are at war amongst ourselves and we cannot proclaim peace,” he said. The key is to reconcile these differences.

“This is a word we must not forget, but must tell everyone: reconciled diversity,” he said.

“Today it is more urgent than ever before that Christians be united—united through the work of the Holy Spirit, in prayer and work for the weak,” the pope said.

But he added that this, and the reconciliation of differences, could happen only if the various denominations are journeying together.

“If we just stand still, without journeying, there we will never ever find agreement. And that is why the Spirit calls us to be on the move,” he said.

The pope elucidated on this the next day at an outdoor Mass with the Charismatics in St. Peter’s Square. The homily, which the Vatican translated in English, is worth studying carefully.

But the pope failed to mention that there are also some who, while using the language of reconciled diversity, actually believe that this means other denominations must reconcile their practices and formulations of Christian doctrine to the Roman Catholic position, and never not vice-versa.

These are the “lab theologians” whose ideologies guide such churchman like Cardinal Rouco Varela. These are the ones who believe that Catholics have a monopoly on truth. For them ecumenism is boiled down to “you-come-in-ism,” a lock-stock-and-barrel return to Rome.

The bad news is that this school of thought has had enormous influence on too many men in the Catholic hierarchy the past few decades, including some key leaders in Rome. The good news is that their numbers are waning.

A recent international conference I attended in Jena (East Germany) was a hopeful sign that more and more Catholic theologians are committed to seeking ways to realize the true meaning of reconciled diversity in the pursuit of Christian unity.

“Reformation and Global Reconciliation” was the theme of the May 29-June 1 gathering. It was the eleventh conference sponsored by the Ecclesiological Investigations Network, an interdenominational group of scholars that promotes a collaborative ecclesiology (study of the nature of the Church) in an inclusive environment.

Academics and pastors of various Christian churches and communities presented papers, based in concrete realities and lived experience, which examined the lasting impact of the Reformation. There were women and men, ordained ministers and lay faithful. All were distinguished by the fact that they are journeying together, engaged in respectful dialogue and bound through friendship.

To me, at least, it was proof that the late and great Patriarch Athenagoras I, a true pioneer of the ecumenical movement, may have used too much of a broad brush when he described the contribution of theologians. Not all should be banished to a desert island.

There are many good ones who have effectively been isolated from various Christian leaders for far too long, especially in the Catholic Church. These should be brought in from the cold.

In fact, Pope Francis seems to be doing just that. And in this way he is already implementing a reconciled diversity right in his own portion of God’s vineyard.

Some would say this is yet another sign that the Holy Spirit is back at work—in the Church and in the world.