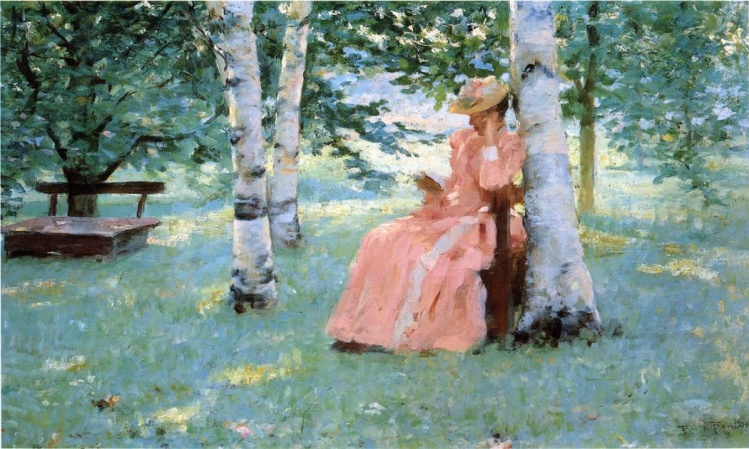 It’s a long way from the Oracle at Delphi to the modern communicative agent that is the iPhone. Yet Patricia Hampl covers much of the distance between the two in her affecting and ingenious new book The Art of the Wasted Day. Part essay, part travelogue, part interrogative memoir, part mourning love letter, The Art of the Wasted Day touches on a head-spinning range of historical and literary phenomena, including masterpieces by F. Scott Fitzgerald, Walt Whitman, Emily Dickinson, and Marcel Proust; the Baltimore Catechism; the 1968 Soviet invasion of Czechoslovakia; the limitations of Skype; and the significance of the modern memoir craze. Yet Hampl dexterously turns all these topics into lenses bent on a central concern: the value of a certain kind of psychic space, which she refers to as “leisure.”

Reverie-friendly leisure is, of course, at odds with the multi-tasking, no-off-switch ethos of the current moment. Hampl also vividly remembers the chagrin she felt, as a Catholic schoolgirl, on finding “daydreaming” listed as a sin in her catechism. Such anti-woolgathering prejudice notwithstanding, The Art of the Wasted Day argues that leisure is a boon to the mind and soul. When we take time off from our ego-driven rush, the book suggests, we can observe and imagine, engage in activities that build up our empathy. The kind of careful noticing that leisure makes possible may even help us reconcile with the motley, transitory, and jarring aspects of existence. “The integrity of the eye, moving over chaos” is “repudiating chaos by the fact of its attention,” she writes. At one point, she goes so far as to posit that “the lost life of daydream” is the arena where “all the rest—wisdom, decency, generosity, compassion, joy, and plain honesty—are sequestered.”

An acclaimed author of poetry and prose (and a sometime contributor to Commonweal), Hampl sets out to explore the meaning of creative leisure by visiting the haunts of four historical figures. Michel de Montaigne wrote his groundbreaking, genre-launching Essais—Hampl has the audiobook on her iPhone—during years of relative seclusion at his family’s French chateau. Gregor Mendel made his pioneering discoveries in the field of genetics while living as a monk in what is now the Czech Republic; Hampl’s pilgrimage to his old stomping grounds allows to her visit Czech friends and revives her memory of learning about the 1968 invasion as a young journalist in Minnesota. 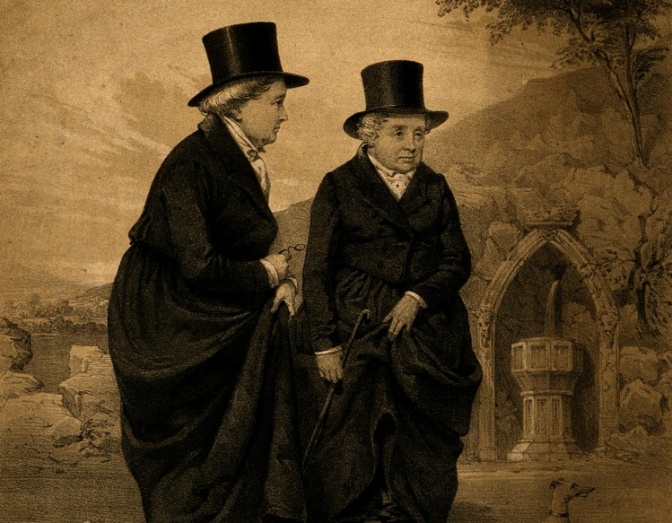 Less well-known than Montaigne and Mendel are Sarah Ponsonby and Lady Eleanor Butler, aristocrats who fled their Irish homes in 1778 in order to settle together in an isolated Welsh cottage, where they spent fifty years reading, walking, writing letters, keeping journals, and—their rejection of societal norms having earned them a degree of fame—entertaining the likes of Wordsworth, Byron, and the Duke of Wellington. Two-plus centuries later, tromping around the Welsh village of Llangollen in the rain, chatting with sundry locals, reading Colette over a lonely dinner, Hampl envies Ponsonby and Butler their quiet, busy, writerly routine. They opted for “life lived, life described, the bits and pieces of the day collected, vignette by vignette. And thus, life affirmed,” she muses.

She also envies Ponsonby and Butler’s companionship. We come to understand that Hampl is writing The Art of the Wasted Day, and doing much of the research, after the death of her husband, who had been her intellectual companion and challenger as well as her soulmate. On some pages, Hampl addresses her spouse in the second person. Allusions to her loss add poignancy to the book’s ruminations about ephemerality and the subjective experience of time.

Montaigne, too, suffered a devastating bereavement: he might never have pursued writing had he not been reeling from the death of his close friend Étienne de la Boétie in 1563. The Essais became a substitute for the deeply satisfying conversations the two had shared. The parallel between Montaigne’s loss and Hampl’s own is one of the luminous, poignant connections she traces during the course of the book. While The Art of the Wasted Day is a work of prose, it has a poem’s dynamics, with images, ideas, and memories refracting and reflecting, the way images and sounds do in a piece of verse.

The language is also poetic on a sentence-by-sentence level. Arresting turns of phrase leap out from strands of story and argument. Henry James is a “flaneur of the sentence, lounge lizard of the paragraph.” Hampl’s culinarily gifted Czech hostess is “an Ariel of the dumpling, sprite of a melting pork roast.” The psalms, which come up in a section on Mendel’s religious vocation, are poems that “form the genetic code of Western lyricism.”

While The Art of the Wasted Day is a work of prose, it has a poem’s dynamics
sharetweet

Hampl’s virtuosic writing often waxes meta: she is interested in keen-eyed nonfiction, including the memoir genre that, at one point, she traces back to the Delphic oracle’s axiom “know thyself.” Visiting the homes of people who observed and wrote—Montaigne, the Llangollen ladies—Hampl muses on the significance of observing and writing. In one marvelous passage, she offers a daringly anthropomorphic vision of the importance of vivid detail: “Next to grand conceptions like plot, which is the legitimate government of most stories, or character, which is the crowned sovereign, the detail looks like a ragged peasant with a half-baked idea of revolution and a crazy, sure glint in its eye. But here resides divinity.”

With its underlying focus on leisure and daydreaming, The Art of the Wasted Day is part of a broader reaction against our distracted, frenzied, always-connected culture. Mindfulness meditation has been gaining disciples. Last fall saw the publication of Manoush Zomorodi’s Bored and Brilliant: How Spacing Out Can Unlock Your Most Productive and Creative Self. NPR’s TED Radio Hour recently celebrated the art of “Slowing Down.” Such avenues may well benefit harried, self-centered, quick-fix-oriented inhabitants of the twenty-first century; but for a zeitgeist corrective that’s also a moving, lyrical, intellectually bracing read, your best bet is Hampl’s book.

Published in the May 18, 2018 issue:
View Contents
Tags
Secularism and Modernity
Art
Books