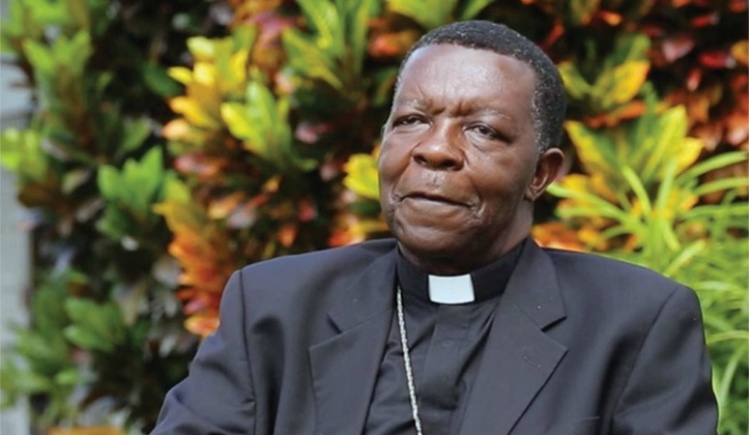 One of the less celebrated ambitions of Vatican II was the renewal of the office of bishop and the recovery of its dignity. Those who pay attention to these things have usually looked to trends in Latin America or to the occasional rogue hierarch in Europe or the United States. But one can also find evidence of this renewal in other parts of the world. We found it in a remote rural diocese in the Democratic Republic of the Congo, where we spent a week with Msgr. Nicholas Djomo, Bishop of Tshumbe and president of the Congolese Bishops’ Conference. For us, Djomo embodies the council’s hope for bishops to serve as sources of unity and good shepherds—with a particular concern for the most vulnerable in their flock.

Tellingly, Djomo adopted as his episcopal motto the words of Jesus in John 17: ut unum sint (“that they may all be one”). He works on many levels to achieve this goal, from heading the Congolese Bishops’ Conference to lobbying the international community over the ongoing conflicts in Eastern Congo. What impressed us most about Djomo, however, was his commitment to building unity among his own local people. When we visited him, he had just returned from a twelve-hour journey into the rainforest to mediate a dispute between two rival families about rights to fishing waters. His public celebration of the Eucharist marked the ritual reconciliation of the two families.

Vatican II urged each bishop to be a “witness of Christ to all men,” charged with proclaiming the gospel to all. This witness includes protecting the value of the “human person, of his liberty and bodily life” and addressing the “possession, increase, and just distribution of material goods, concerning peace and war, and the fraternal coexistence of all peoples” (Christus dominus 12). When Djomo was appointed as bishop in late 1997, Congo was in the middle of one of the most brutal wars in recent memory: between 1996 and 2003, more than 6 million died in what was dubbed “Africa’s World War.” When many other local leaders fled as the war worsened in ’98 and ’99, Djomo stayed in Tshumbe, a town situated over six hundred miles from Congo’s capital, Kinshasa. Tshumbe is accessible only by river or air. Despite this isolation, Djomo worked with several international NGOs to help deliver twelve tons of medicine and seven hundred tons of food and supplies. He also worked to bring back more than a thousand internally displaced people, including hundreds of women who had become ensnared in Kinshasa’s sex-trafficking industry.

As the head of the Congolese Bishops’ Conference, Djomo has also continued the Congolese church’s impressive commitment to Catholic social teaching. The bishops have been extensively involved in electoral education, election monitoring, anti-corruption, human-rights education, and efforts to stop the plague of war-related rape. CST training occurs in all Congolese parishes and in each of the country’s thousands of “living ecclesial base communities.” Not surprisingly, the Vatican recently chose Kinshasa as the home for a new Pan-African Center on Catholic Social Teaching.

For Djomo, being a shepherd means, among other things, being a builder of institutions in a country where the state cannot or will not meet all the material and social needs of its people. He has recently initiated the Université de Notre Dame du Tshumbe, a new Catholic university designed to train local students and prevent the “brain drain” that afflicts so many rural Congolese communities. Led by Sr. Rebecca Walo, the first woman in Congo to earn a PhD in mathematics, the university has a particular focus on educating young women. Working with Catholic Relief Services among others, Djomo has overseen the reconstruction of hundreds of diocesan schools, the building of ten new bridges, and the completion of the only serviceable road between Tshumbe and the regional capital of Lodja.

We are both trained in church history, so we couldn’t help seeing parallels between Bishop Djomo and another famous “pontifex” (“bridge-builder”) from the early church: St. Gregory the Great. Like Gregory the Great, Djomo lives in a world lacking effective public services, a world in which the state is either predatory or absent. When we arrived in Tshumbe, we inquired into the reputation of the local governor. Our driver laughed. “The regional governor never comes here. The Bishop is governor here!”