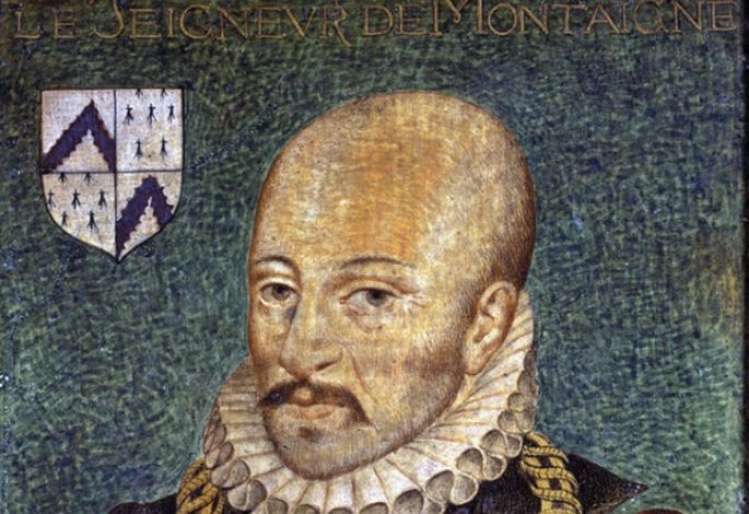 Montaigne was a skeptical writer who lived in a deeply religious time. For contemporary essayists, he is also the closest thing we have to a literary father. For Catholic essayists, that also means our literary father is a doubter, a seeker, a joker, a man whose favorite word was “perhaps” and whose favorite phrase was “Que sais-je?” (“What do I know?”). Writing in the first person, Montaigne tried to describe his own spiritual experience in his own language, French, at a time when almost everything was written in Latin. Montaigne remained Catholic even while three of his siblings converted to Protestantism and the land around him was torn apart by religious conflict. But questions of divinity and the validity of religion, so compelling to contemporary religious writers living in our mostly skeptical culture, were of little interest to Montaigne. He preferred the search for what later writers would call the “authentic self”—the person God made each of us to be.

In her book How to Live: A Life of Montaigne, Sarah Bakewell notes that “Montaigne shows no interest in Jesus Christ.... The sacred mystery of redemption leaves him cold. He cares much more about secular morality—about questions of mercy and cruelty.” Nonetheless, being a man of his time, Montaigne also understood that the Catholic Church had supreme authority, and, as Bakewell notes, he “made it clear that he recognized the church’s right to govern him in religious matters, even to the extent of policing his thoughts.” When Montaigne writes about the Catholic Church in his “Apology for Raymond Sebond,” he sounds like a man grateful that he hasn’t been found guilty of heresy:

Thus I have, by the grace of God, kept myself intact, without agitation or disturbance of my conscience, in the ancient beliefs of our religion, in the midst of so many sects and divisions that our century has produced.

He abhorred the violence religion had brought into his world and was wary of excessive zeal. Patricia Hampl, in her essay on Montaigne in Catherine Wolff’s anthology Not Less Than Everything, writes that what Montaigne “seeks—and comes to embody—is freedom from the blinders of orthodoxy while sustaining fealty to the tender beauty of a home tradition.”

So if he was a skeptic and a critic of religion, does Montaigne resemble the contemporary essayist who writes about faith? The short answer is that he does not—at least not in easily recognizable ways. There is not much mention of the transcendent experience of God in his work. And yet, in his embrace of the first-person voice, in his choice of the self and the world as subject, and in choosing French instead of Latin—a decision that, as Hampl reminds us, would have been heretical just a few years earlier—Montaigne embodies the very contemporary kind of restlessness that we associate with the spiritual seeker.

Montaigne once came very close to death when he was knocked off his horse. In his recovery, his earlier fear of death began to be replaced by something else—an acceptance, as Bakewell puts it, that “nature takes care of everything. Human nature, that is.” Hampl describes this as Montaigne’s spiritual transformation—his Road to Damascus moment. The essentially spiritual experience of being knocked out by a new awareness of yourself, she says, is “impossible to corral in language. But once felt, there is nothing—not even love—to compare.” In his essay “Of Experience,” Montaigne writes:

It is an absolute perfection and virtually divine to know how to enjoy our being rightfully. We seek other conditions because we do not understand the use of our own…. Yet there is no use our mounting on stilts, for on stilts we must still walk on our own legs. And on the loftiest throne in the world we are still sitting only on our own rump.

Montaigne drew important spiritual lessons from unexpected sources. Upon seeing a “monstrous child”—a conjoined twin displayed for money—he reminds us, “Those that we call monsters are not so to God, who sees in the immensity of His work the infinite forms that He has comprehended therein.” His essays are often based on personal, sometimes very private experiences, but Montaigne, in his utter lack of embarrassment and shame, is happy to share these with us.

Writers today live in a culture where religion is suspect. Skepticism has lost Montaigne’s cheerfulness and become rote. When we address the spiritual experience, we risk being targets of ridicule. Perhaps those are risks Montaigne asks us to take. Over the distance of 423 years, he reminds us to listen to others. To observe. To ask questions. To make jokes. To be open about our doubts. To say “What do I know?” To question orthodoxy. To revel in a joyful indifference to authority, and at the same time, to feel a deep and abiding faith.

This essay was adapted from a talk given at the Future of the Catholic Literary Imagination conference.