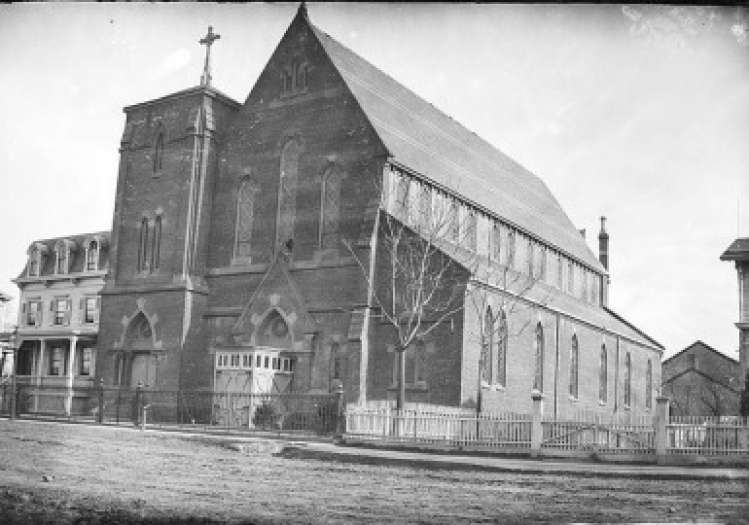 “Detachment gives us the understanding that we are born into a world that is larger and more important than we; that we are drops in an infinite sea…and that we cannot have both intensity of experience and permanency of duration.”

So wrote Rabbi Joshua Liebman in his 1946 self-help book Peace of Mind, a striking and very American celebration of the value of detachment. It perfectly describes the impulse I felt in my youth when I went to the Colorado Rockies in search of the transcendence promised by America’s prophets of transcedence—Whitman, Thoreau, Emerson.

For Liebman, postwar America presented the ideal site for cultivating detachment, and Americans were especially equipped to usher in the new “mature” understanding of God that this virtue makes possible. Peace of Mind became a bestselling religious book, the first by a non-Christian. Today it’s out of print, having been eclipsed in 1952 by an even more optimistic self-help manual, The Power of Positive Thinking by Reformed minister Norman Vincent Peale. Liebman didn’t share Peale’s famous anti-Catholicism, but his ode to detachment offered a similar rejection of religious sensibilities rooted in place and memory.

Of course, the Catholic tradition has also regarded a certain kind of detachment as a virtue. When Catholic spiritual writers talk about poverty of spirit or abandonment to the will of God, they, too, are recommending detachment. More concretely, architectural and liturgical reformers in the wake of Vatican II (1962–65) often saw it as their job to undo Catholics’ excessive attachments. The thousands of saint statues gathering dust in storage rooms today speak powerfully to the force of these concerns to create a more detached Catholic sensibility.

But Catholic tradition also assigns deep religious meaning to places, objects, and the memories they carry. Devotion to one’s parish continues to be a prime marker of Catholic identity. Fidelity to the universal church is understood to manifest itself in fidelity to a church—a particular group of people in a particular place. Attachments make this fidelity possible.

Recent efforts to consolidate dioceses by shuttering churches and merging parishes have brought this part of our tradition to the surface. As bishops cite financial difficulties, changing demographics, and priest shortages to justify parish shutdowns, some Catholics have worried that the language of detachment that inevitably accompanies these efforts threatens not only a building or a neighborhood, but also the very heart of the church’s self-understanding.

I was there in Boston in 2004 when the new archbishop instituted a plan to close more than eighty parishes in a span of six months. Hundreds of Catholics from nine parishes took over their churches and began to appeal the closures. Some of these churches are still being occupied by protesters eight years later. Their example is at odds with Liebman and Peale’s way of imagining Americanness and spiritual maturity.

But the struggles are not only against an American ideal of flexibility. The battles are fought against archdiocesan officials who encouraged parishioners to detach for the good of the church as “the people of God.” They are also fought against fellow-parishioners who have—at least physically—“moved on” and who see their friends’ lingering as a wound in the body of Christ. And the battles are also internal: the protesters struggle within themselves, as they, too, acknowledge the widsom of keeping one’s soul untethered.

In exposing these tensions, Boston’s Catholics invite exploration of the power and the limits of the optimistic post–World War II celebration of detachment. The stakes are very high. Resisters took social, personal, and religious risks in opting for attachment. Most profoundly, they risked being labeled as backward, immature, superstitious—terms of tremendous historical sensitivity for American Catholics.

They accepted these risks because, for them, faith and faithfulness are inseparable from memory. For them, keeping the faith means, among other things, keeping faith with a local community where that faith has been practiced. The occupations also affirm the significance of sacred places—places where their friends and family have been baptized, married, and mourned, places they did not want to see turned into new condos or a mall. This kind of attachment expresses continuity between the past and the future, between ancestors and descendents, all joined together as the body of Christ. It manifests a hope for some small measure of control over what happens in life.

We are ill served by thinking of such attachment as a kind of idolatry in disguise or nostalgia run amok. The alternative to attachment isn’t always freedom; sometimes it’s isolation. This is why I now read Rabbi Liebman’s words with a divided heart. My study of the parish shutdowns forced me to reconsider what we—as individuals and as communities—should be willing to let go of, and what we should hold on to, whatever the cost.

John C. Seitz is an assistant professor and an associate director of the Curran Center for American Catholic Studies at Fordham University. His book No Closure: Catholic Practice and Boston's Parish Shutdowns was published by Harvard University Press in 2011.