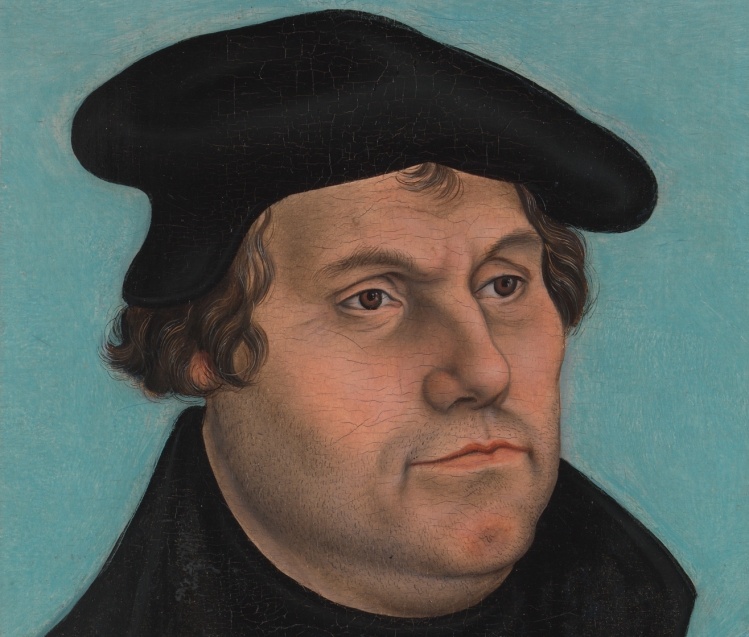 My experience of organized religion and an active spiritual life has often meant accepting ambiguity. I have never doubted the presence and the work of the Creator. Instead, I have doubted my own ability to understand that presence and to live with it, especially when the full meaning of that presence remains evasive. Yet this inherent discord, which seems natural and necessary, is, in my view, a pretty good claim for faith.

Faith is the realm that asks us to think, to work, to be active, to be patient, and to accept our entry into the unknown. We blindly agree something will come of it, even if what comes is wholly inscrutable. What a strange task to grab hold of! And yet, if I look around where I live and reflect on my upbringing, there seems no greater task. We should, after all, be seeking fulfilling lives—understanding the purpose of our lives and making something useful of them. But how many people in our troubled world really enjoy the privilege of leisurely entertaining such thoughts? That cuts me down a notch or two. I could ponder such matters for a long time. At some point, though, you have to get going and see what happens, a predicament not unlike that faced by a poet staring at an empty page.

When I was growing up, going to church was simply part of life. I took it seriously and I valued it. As an adult, however, I have strived to maintain an active faith, rather than a specific affiliation. That means I’ve spent a lot of time searching. I have attended churches of many stripes: various evangelical churches (including Holiness churches), Southern Baptist, Episcopal, Methodist, and Catholic. In my early twenties, I was a graduate student and lived in a one-room schoolhouse that had been converted to a humble residence. Living there, I attended what I like to call a country Catholic church, a church in rural Kentucky absent of all formality, one that included congregants who were local farmers and Hispanic immigrants. I truly felt at home at that church. No fanfare, no adornment to be seen.

Since then I’ve preferred a plain approach in the churches I’ve attended. Our family currently attends a small Catholic church that was originally founded as an African-American parish. Although my wife and I have not officially converted to Catholicism, our somewhat renegade priest happily baptized our young daughter. It’s all a rough fit, I’m afraid, and some of that probably has to do with my temperament; some of it is also connected to my inclinations as a poet.

I have spent much of my adult life believing I am not worthy of grace, yet time after time it has managed to find me despite my perverse doubt.
sharetweet

It shouldn’t be surprising, then, that one of my favorite hymns was composed by the great Protestant, Martin Luther. “A Mighty Fortress Is Our God” is a hymn that immediately drew me into it when I was a child. I liked the words, translated into a version of English that was more or less Victorian, and must have seemed elevated to my young ears. But I liked much more the strange rhythm of the hymn. There is such a brief pause between the phrases that they nearly fall on top of each other. While the melody moves forward it also jumps or bumps—it isn’t a sweet or smooth movement. I can think this way as an adult, of course; as a youngster I merely noted that there was something strange in the music of this hymn, and I liked it for that. The song’s melody is one I’ve hummed to myself often through the years. I’ve found that in doing a chore—working in the garden, for instance—or walking in the woods, my body falls into a rhythm, and that puts my thoughts in rhythm, and pretty soon I’m humming a tune in my mind. Often—inexplicably to me other than because of its strange rhythm—the tune I hum is Luther’s old Reformation hit.

My experience with this hymn also has a more haunting dimension. In the early summer of 2011, my wife and I were bicycling on the country roads around us. A couple of weeks before we’d had a miscarriage. It was just one of those things. We were newly married, but we were in our forties and we’d agreed that having children was an unlikely prospect. Then, to our great surprise, we learned Amanda was pregnant, and far enough along that we could hear a heartbeat on a visit to the doctor. A couple of weeks later we went back for another visit and an ultrasound. This time the technician ran the wand over Amanda’s belly a few times and quietly looked up at us. “I’m sorry,” she said, “but there isn’t a heartbeat.” We were stunned, and walked out into the bright day, not sure what to say or how to feel.

I have spent much of my adult life believing I am not worthy of grace, yet time after time it has managed to find me despite my perverse doubt. And so, a couple of weeks after the miscarriage, we set out on our bikes. We were climbing a steep hill, about to enter the small village of Mackville, Kentucky. As I was pumping my way up the hill, I began humming “A Mighty Fortress Is Our God”—I expect simply so the rhythm of the song would drive me on. As we entered Mackville, a church bell began ringing, signaling that it was noon. I looked over in a field and saw a black horse making his way to a spring for a drink. Just as the horse reached the spring, the church bell stopped.  The timing of the two events struck me, and I felt a measure of grief pass out of my being, and knew it was the grief from our miscarriage. While the grief was not wholly removed in that moment, I realized I would at least come to understand it in time, or I would learn how to live with it. There was a comfort in that moment—a mysterious, foggy sense of comfort and transformation, which is often the character of my spiritual encounters.

Later that evening, I found myself drafting a poem to reflect on the events of the day. Once I got to a resting place for the poem I wondered what sort of title suited it, and consulted an old hymnal to revisit the English translation of Martin Luther’s words. “Amid the flood of mortal ills prevailing” immediately stood out, and that is the title of the poem in its final version. The poem appears in my most recent book, One Man’s Dark.

Grace found us again, however, in 2015, when our daughter Lillian was born—certainly a miracle. By this time we were even older, yet had the wisdom of loss behind us; though even as I write the word, wisdom doesn’t seem quite right. We are simply still learning, both from grief and joy. I am prepared to believe we are called to such a task, and certainly believe music helps to get us there.

Maurice Manning’s most recent book of poetry is One Man’s Dark. This essay is adapted from his contribution to Stars Shall Bend Their Voices, a volume of reflections by contemporary poets on hymns and religious song, to be published in the fall.