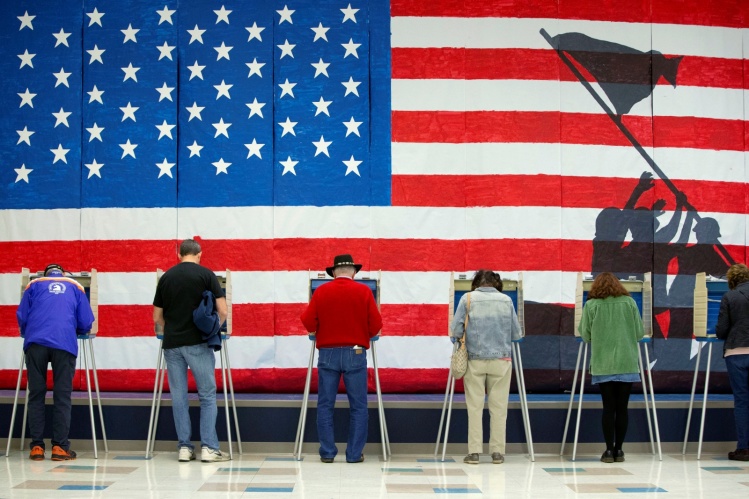 Voting is an act of faith,” Georgia Democrat Stacey Abrams wrote in June. Because of GOP efforts at voter suppression, it has recently become an act that many eligible voters are discouraged or prevented from making. And for too many of those who do manage to vote, it is less an act of faith than a leap of faith—a hope against hope that the electoral system will function as it should, allowing the majority to prevail. Abrams got a reminder of this as a candidate for governor of Georgia in 2018. Her Republican opponent, then Georgia Secretary of State Brian Kemp, refused to cede legal oversight of the election even though he was running in it—an obvious conflict of interest. Then, as polling day approached, his office purged more than 85,000 names from the rolls, mostly people of color. NAACP president Derrick Johnson called it “a textbook case of voter suppression.”

Today, millions of American voters are at risk of being disenfranchised. This is largely due to the 2013 Supreme Court decision invalidating key provisions of the 1965 Voting Rights Act. Within twenty-four hours of that misguided ruling, Alabama Republicans rolled out voter-ID laws that previously would have required preclearance by the Justice Department. A host of other states quickly followed suit. What these laws have in common is that they’re crafted precisely to make voting more difficult. They impose confusing and seemingly arbitrary rules on accepted forms of ID, and throw up needless bureaucratic obstacles against everything from student ballots to registration forms. They disproportionately burden voters of color, the poor, people who live in urban areas, and people who tend to vote Democratic. A 2017 Journal of Politics study found that “strict identification laws have a differentially negative impact on the turnout of racial and ethnic minorities...and skew democracy toward those on the political right.” But there’s more than one way to suppress the vote. This year in Florida, Republicans effectively gutted a popular amendment to the state constitution that allows people with felony convictions to vote by appending onerous paperwork requirements. Numerous states are now eliminating polling locations and same-day registration, often in urban areas, measures that also disproportionately affect voters of color and the poor. The list goes on.

So long as Trump remains in the White House and Republicans remain in charge of the Senate, the basic democratic norms of our electoral system will remain in jeopardy.
sharetweet

Proponents of these policies insist that they’re meant to prevent fraud. This is a familiar claim and, it bears repeating, a specious one. Documented cases of wide-scale voter fraud are nearly nonexistent. (Donald Trump’s own Presidential Advisory Commission on Election Integrity, launched with bombast in 2017, turned up nothing and was unceremoniously disbanded.) The decentralized structure that can make our voting system seem disorganized and chaotic actually protects it against the kind of fraud Republicans claim to be worried about; it’s all but impossible to influence an election this way. Yet in late July, there was Texas Republican Sen. Ted Cruz declaring voter fraud a problem “we need to stop and fight,” even as the president was threatening to delay the 2020 election—something the Constitution does not permit him to do.

Indeed, the bigger threat to our electoral system is the blatant effort by the president and his allies to undermine the nation’s faith in voting itself. False claims about fraud are meant to create the impression that the system is rigged, and thus to discourage participation and discredit the results. Though Trump and other Republicans have been playing this tune for years, they’ve cranked up the volume in advance of the coming election, while exploiting the pandemic to stoke fears both about the danger of voting in person and the integrity of voting by mail. Dozens of states have long allowed citizens to mail in their ballots, and though many more Americans are expected to vote by mail this year, there is no evidence that it helps one party over another, or that it’s especially vulnerable to abuse. What it might do is increase turnout and slow the counting of votes. Trump is using this to cast doubt preemptively on the legitimacy of mail-in ballots, and to lay the groundwork for a possible legal challenge to the results, which would subject the country to yet another crisis.

In light of all this, the time has come for new legislation protecting the rights of all American voters. Late last year, House Democrats approved a bill (renamed to honor the late John Lewis) that would restore the preclearance provisions of the Voting Rights Act. It has gone nowhere thanks to GOP opposition in the Senate, but there is hope it could be passed in the next term. And if Election Day were a national holiday, as it is in many other countries, more Americans would be able to vote. A Constitutionally guaranteed right to vote would be even better; the United States is one of the only democracies in the world without one. All of these possibilities lie somewhere off in the future, or at least beyond this election. But that makes it all the more important to vote in November. So long as Trump remains in the White House and Republicans remain in charge of the Senate, the basic democratic norms of our electoral system will remain in jeopardy.

An Interview with Jacques Maritain