Is the "Jesus's wife" papyrus a forgery? And other queries. 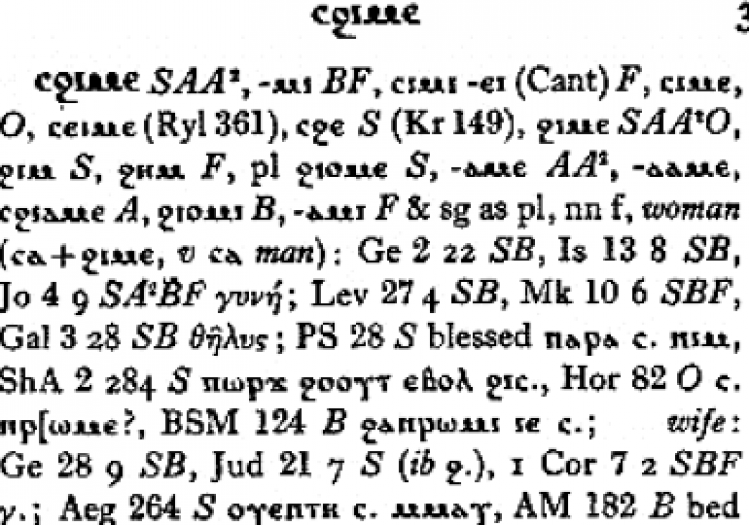 Thanks to all for the great comments and questions in the multiple threads below. I’ll take up a few of those and some I received in response to my Washington Post piece. But before that, I want to respond to something else.

Esteemed New Testament scholar Francis Watson appears to have built a coalition of naysayers: he argues that the new papyrus is a forgery. The Guardian picked up this story, and other esteemed commentators, such as Mark Goodacre and Andrew Sullivan have propagated this opinion through their wide-reaching blog platforms. I am fully aware of modern forgeries, and I am skeptical of new, sensational finds, as are all of you. It is of course possible that this fragment is a forgery of a modern pen on ancient papyrus. It’s possible that some portion of the ink will be analyzed to try to date it. Until that happens, though, here is a response to the naysayers.

1. All Francis Watson demonstrates is that this fragment shares some verbal similarity with sayings in the Gospel of Thomas—that’s it! There is no logical step that makes the text a modern forgery. All the words except one (shafe—”to swell”) are extremely common. Furthermore, we know that other collections of Jesus sayings were in circulation in antiquity. The Greek fragments in P.Oxy. 1, 654, and 655, which have significant overlap with the Nag Hammadi Gospel of Thomas (but also differ in many details), are ancient examples of the genre. Are the naysayers prepared to call those Greek fragments modern forgeries? If not, why not? What’s the difference?

1b. Watson’s argument about the “line break” cannot bear the weight he places on it. Manuscripts written in scriptio continua break words up all the time, and the word in question is among the most common words there is: na-ei (“to me, for me”). Moreover, the preposition na is not even present but a proposed reconstruction of the previous line (albeit a reasonable one).

2. It’s hard to overstate how common the vocabulary of this fragment is (again except for shafe, to swell) in Coptic and in early Christian texts. Showing direct textual dependence of common words and phrases is almost impossible—in any language, at any time.

3. And yet there is one word that does not match its use in the Gospel of Thomas or its first entry in Coptic dictionaries, and it’s the crucial word under discussion: wife (hime). The most common version of this word is s-hime (with an aspirated h). Why would our alleged forger choose a less common version of the headline-grabbing word, and also diverge from the Gospel of Thomas at precisely this instance?

4. If a modern forgery, how does one produce the back (verso) of the papyrus? Perhaps this is easily done; I’m not an expert at forgery. But it can’t be avoided that the verso has ink traces that look quite authentically faded through abrasion over time.

5. And now for an argument from ethos (“character”), as was done in ancient rhetoric: Do the naysayers personally know Roger Bagnall? It seems unlikely, the way in which they dismiss this veritable Dean of Papyrology’s autoptic evaluation of the fragment. Roger Bagnall is in a group of two or three people on earth whose papyrological opinions are universally respected. Roger Bagnall could not be less of a sensationalist. He is as serious, sober, and critical of a scholar as there is. He is one of a few papyrologists that other top papyrologists contact for help. And he reads papyri every day. Every day. (Thus endeth the encomium.)

For those reasons, I am skeptical of the naysayers. Personally, I don’t have much at stake in whether the papyrus is authentic or not. But nothing I’ve seen even suggests, much less demonstrates, that this is a modern forgery.

Now on to other varia that came up during the threads:

On the topic of all Jewish men were married: Of course, the vast majority of men were married. But that proves nothing about Jesus. First, he was a charismatic, itinerant, miracle-worker. Like John the Baptist, he wasn’t normal. Second, he wasn’t exactly known for his support of traditional family ties. In all the Synoptic Gospels, even the domesticated Luke, Jesus questions or straightforwardly denigrates family ties, all the while emphasizing the new spiritual family under his heavenly Father.

On papyri as just rubbish: One of the unique features of papyrology is that it allows us to see a cross-section of ancient society (even if it’s mostly of the societies of Ptolemaic, Roman, Byzantine, and early Arab Egypt). Almost all other historical sources only preserve the history of upper classes and only of public life. Papyri, because most of them have been discovered in trash heaps, afford unique opportunities to see lower classes and also snippets of private life (shopping lists, classroom handwriting exercises, etc.). To denigrate a find just because it’s a scrap of papyrus is ignorant: the Oxyrhynchus papyri contain Homer, the Bible, letters of bishops and monks, alongside tax receipts, domestic lists, quotidian letters, and so on.

On the appearance of the fragment: The materials and hand are not very remarkable. It’s not a practiced hand, but so what? Neither was Paul’s (Gal 6:11). Handwriting was and is a techne. You might think today of typing. Some people are finger-poking typists. That doesn’t make them dumb or deviant, just as elegant, effortless, and rapid typing do not make one smart or mainstream.

On the rectangular shape: It appears to me, as I said already, that if authentically ancient, this fragment has been cut by a middle man in order to sell multiple parts for a higher price. As to the charge of why did he or she cut off after “my wife...” when certainly the rest could have garnered a higher price: The answer is that almost certainly the middle man didn’t know what the text said. Hardly anyone in the world, even antiquities dealers in the Middle East, knows Coptic. That being said, this whole event does make one wonder, if authentic, whether the rest of this papyrus will turn up and be sold for a very handsome sum.

On which Mary is mentioned: Unfortunately for historians, there are lots of Marys in general in antiquity and late antiquity. Tal Ilan did a prosopographic study that showed about half of all Jewish women in Palestine in the Second Temple period had some form of either the name Mariam or Salome. More recently, Stephen Shoemaker has argued that the Mary in question in the noncanonical literature does not necessarily refer to the Magdalene. The Gnostic “Mary,” he argues, was a composite figure that drew on the identities of both Mary Magdalene and the Virgin Mary. And we know from the canonical Gospels that Jesus was also close with the family from Bethany, which included a Mary of its own. So yes, lots of Marys, but the Magdalene has remained central due to her unique combination of claims on apostolic authority (perseverance in discipleship at the cross, witness to the empty tomb, and especially her private resurrection appearance and role as apostola apostolorum).

On the charge of sensationalism: In my first post, I defended Karen King’s roll-out of the scholarship. I still think the landing page on the Harvard Divinity School website was very well done, and her making available her article manuscript in advance of publication deserves special praise. I’m not sure I would have done that -- it was very gracious. That being said, I have two reasons for beginning to be critical: first, the title of the fragment seems to invite sensationalism. The “Gospel of Jesus’s Wife” doesn’t describe the text accurately. I think back to the first papyrus of this kind, P.Oxy. 1, which was published in 1897 and titled simply Logia Iesou. That’s accurate: “Sayings of Jesus,” about which we don’t know much else. For this new fragment, how about “Sayings of Jesus about Family Relations.” Not as sensational, to be sure, but more accurate.

Second, I hadn’t known at first about the plan for a television special. It’s hard to maintain a scholarly sensibility about the discovery with a cable TV special. Again, on the whole, I am still very positively disposed toward how Karen King presented the discovery, with two minor quibbles, only one of which may have been in her control.