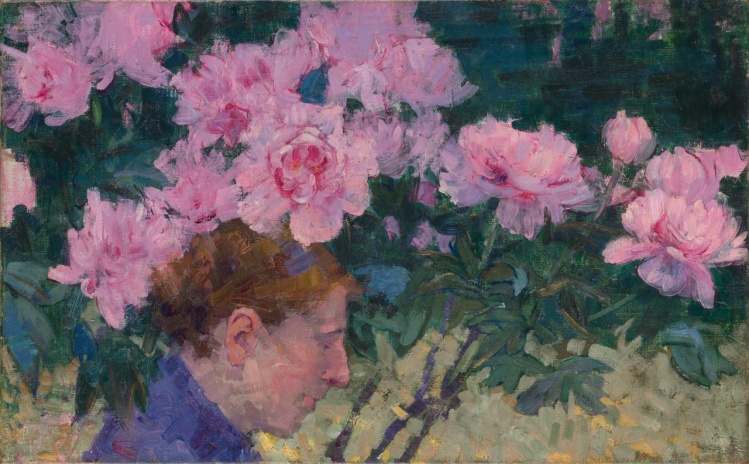 In 1975, Jane Kenyon encouraged her husband Donald Hall to leave his professorship at the University of Michigan and move to Eagle Pond, his grandparents’ New Hampshire farm where he had spent childhood summers haying, gathering eggs, and tromping through the woods. Hall had helped make Ann Arbor a literary hub, but in his poems he often returned to Eagle Pond. Consider “Mount Kearsarge,” a poem of intense, elegiac longing. Hall recalls the “blue mountain” he watched “from the porch of the farmhouse” in his youth. He is now haunted by this “Ghost” whose visage shifts with the seasons, the weather, the play of light. The poem ends with Hall’s prediction that he would “not walk on this porch” when he was old. In urging Hall to return home, Kenyon gave him a great gift: she proved his prediction wrong.

Kenyon grew up on the outskirts of Ann Arbor, so returning to her husband’s home meant leaving hers. A former student of Hall’s, she too was a poet, and she would achieve international prominence at Eagle Pond. It is clear from poems, interviews, and memoirs that Kenyon and Hall were happy together at the old farm. But Kenyon’s arrival in the New Hampshire countryside, into a house filled with Hall’s ancestral relics, was not without its challenges. This is a central concern of her first collection, From Room to Room, which was published in 1978. In “Here” she writes:

You always belonged here.
You were theirs, certain as a rock.
I’m the one who worries
if I fit in with the furniture
and the landscape.

In the title poem, she writes: “I move from room to room, / a little dazed, like the fly. / I watch it / bump against each window.” “Two Days Alone” concludes, “Maybe / I don’t belong here. / Nothing tells me that I don’t.” But over the course of the collection, Eagle Pond starts to become her home too. She begins to find her place among the generations, especially the generations of women, who had lived there. She finds a thimble in the woodshed, “a long gray hair” while scrubbing floors, and begins to feel her life “added to theirs.”

Kenyon also made Eagle Pond her home by planting peonies. She moved some of the hostas from around the porch where Hall watched Mount Kearsarge as a boy. In their place she planted “Festiva Maxima,” a variety of white peony with crimson accents. In a 1991 essay for Yankee Magazine, Kenyon extols the beauty of the peony, a flower so top-heavy when in bloom that it can topple over: “These are not Protestant-work-ethic flowers. They loll about in gorgeousness; they live for art; they believe in excess. They are not quite decent, to tell the truth. Neighbors and strangers slow their cars to gawk.” Kenyon’s poem “Peonies at Dusk” serves as a companion to this essay. In it, “White peonies blooming along the porch / send out light / while the rest of the yard grows dim.” Like many of her poems, this one is subtle, spare, concentrated. Wendell Berry, Kenyon and Hall’s close friend, once wrote that in her poems “the stuff of life in this world…become[s] somehow numinous and resonant—extraordinary.” Here Kenyon uses the peony to remind us of the resplendence of the world, its aesthetic excess, the way that certain forms seem to radiate light.

We are in fact like the grass that flourishes and withers, just as the psalmist says. Gardening teaches this lesson over and over, but some of us are slow to learn.
sharetweet

Kenyon struggled with depression. She knew the rebirth of wonder and beauty after malaise. In a newspaper column for the Concord Monitor, Kenyon describes the melancholy task of preparing her flower beds for winter. She trims away dead foliage, then spreads a mulch of leaves and top-dressing of manure around the stubble. “Now we all come in,” she concludes, “having put the garden to bed, and we wait for winter to pull a chilly sheet over its head.” In her poem “February: Thinking of Flowers,” she writes, “A single green sprouting thing / would restore me.” In winter, to trust in the living roots buried beneath the snow, to trust in the “oven warm” at the heart of the frozen compost pile, is an act of “faith.”

Kenyon’s writings on flowers reflect on beauty and hope, but they also reflect on ephemerality. This is a major theme of her Yankee Magazine piece:

Yesterday violent thunderstorms battered Hillsborough county, to the south, and I heard on the car radio that three-quarter-inch hailstones were falling there. All I could think about was getting home to my peonies. I floored it and imagined myself saying to the man in the broad-rimmed tan felt hat, “But officer, this is an emergency!” We in Merrimack county had no hail, as it turned out, but rain bent the heavy-headed flowers over the wire supports and shattered many blossoms.

The beauty of peonies is a momentary beauty—a “marvelous moment of flowers,” but one all too brief. Her poem “Peonies at Dusk” also suggests the flowers’ momentary beauty. This is familiar poetic territory, of course. One thinks of Shakespeare: “Rough winds do shake the darling buds of May / And summer’s lease hath all too short a date.” Or Shelley: “The flower that smiles to-day / To-morrow dies.” Or Frost, to whom both Hall and Kenyon were inevitably compared: “Nature’s first green is gold, / Her hardest hue to hold. / Her early leaf’s a flower; / But only so an hour.” Or the great Russian poet Anna Akhmatova, who was Kenyon’s most important influence: “Flowers, cold from the dew, / And autumn’s approaching breath, / I pluck for the warm, luxuriant braids, / Which haven’t faded yet.”

In “Peonies at Dusk,” Kenyon navigates this well-trod territory to reach the archetype and avoid the cliché. She does so through intimately known particulars. It is a poem born of her close knowledge of peonies, of her peonies, of her love for them. She does not take the direct approach of Shakespeare, Shelley, Frost, or Akhmatova in the poems quoted above. She skirts around her flowers’ ephemerality. It is suggested by the setting sun, which will eventually snuff out even the resplendent peonies. The narrator’s efforts “to prop them up with stakes and twine” more directly attest to their fragility. These efforts also invite us to consider the poem itself as an attempt to secure the flowers’ beauty in more lasting lines. The theme is just beneath the surface in the poem’s closing image: “I draw a blossom near, and bending close / search it as a woman searches / a loved one’s face.”

Kenyon emphasizes her love for her peonies here, but the imagery also intensifies their poignant brevity. Their loss becomes the loss of a loved one. As night descends in the poem, we are reminded of the brevity of all of this world’s beauties and loves. As Kenyon put it in another of her newspaper columns, “We are in fact like the grass that flourishes and withers, just as the psalmist says. Gardening teaches this lesson over and over, but some of us are slow to learn. We can only acknowledge the mystery, and go on planting burgundy lilies.”

Jane Kenyon herself died far too young in 1995, from cancer, at age forty-seven. Hall would tell the story of their marriage and her disease in his 2005 book The Best Day the Worst Day: Life with Jane Kenyon. And Hall would write his own heartbreaking poem about her peonies, which continued to bloom each spring. It ends with these lines: “Your peonies lean their vast heads westward / as if they might topple. Some topple.”