The Irony of Celebrity Populism 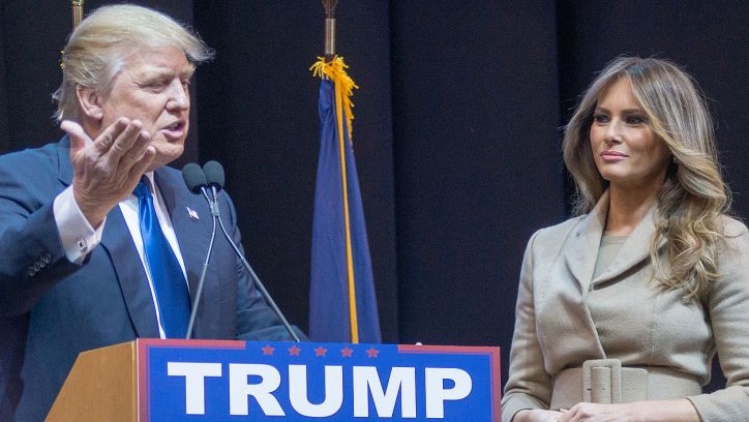 “When you become famous,” the famous political consultant James Carville once said, “being famous becomes your profession.”

It’s a sign of the stunning success of Donald Trump’s crossover act that we no longer even think about this campaign’s most revolutionary effect on our politics: the demolition of the line between celebrity and political achievement.

Of course, success in politics can itself breed celebrity. Carville earned his by combining his eccentric sense of humor with actual skill in helping Bill Clinton become president in 1992.

But celebrity has never before been a sufficient qualification for the nation’s highest office. Consider John McCain’s signature attack on Barack Obama in 2008 in a commercial that began with the words: “He’s the biggest celebrity in the world.” The ad’s next line captured the old war hero’s disdain for his opponent and his fame: “But is he ready to lead?”

In light of this year’s campaign, there is something touching about McCain’s protest. He reasoned that sober voters would reject the idea of electing someone merely because of his celebrity.

If the ad misunderstood the sources of Obama’s political strength, it did speak to a nation that still respected actual experience in government. Trump has now far surpassed Obama in converting fame directly into electoral currency, moving from celebrity to front-runner status without going through the messy, time-consuming work of being a state legislator and U.S. senator. Ronald Reagan, given his Hollywood standing, may be the closest historical analogue to Trump. But Trump did not spend eight years as governor of a large state. There is a perverse purity to Trump’s great leap.

He also uses celebrity allies he accumulated in the course of his career as a fame-monger to validate his quest. Facing a decisive challenge in Tuesday’s Indiana primary, Trump hauled out an endorsement from Bobby Knight, a state icon from his successful if controversial run as Indiana University’s basketball coach. Trump may dominate CNN, MSNBC and Fox News, but Knight has ESPN, generally a much bigger draw—except, of course, when Trump has been on a debate stage.

Trump represents the triumph in politics of what the scholars of postmodernism call “transgressive” art, which violates boundaries, including moral strictures, and commands attention through its shock value. Trump is now the transgressor-in-chief.

We need to think hard about the multiple weaknesses Trump is exposing in our politics. How has he been able to convert fame and outrage into votes without even a moment of apprenticeship in public service?

One reason is the anger in a large segment of the Republican Party that has been stoked by its leaders. You might say they have now lost control of the beast they were feeding. There is also the utter contempt toward government that their ideology encouraged. Trump has played on the fragility of our media system, which, in its search for ratings, can’t get enough of him, and on a pervasive pain among the many who have been cast aside by our economy. They had been ignored by elites of all kinds.

Trump is what passes for “populism” now, but celebrity populism is a strange creature. Consider the case of Tom Brady, the masterly quarterback of my beloved New England Patriots and another sports celebrity who has spoken kindly of Trump.

In a court ruling against him in the Deflategate case, Brady learned that neither wealth nor celebrity nor talent protects him in a National Football League system that, in the view of two of three Court of Appeals judges, confers almost unlimited power to management over labor.

I don’t know if this controversy will alter Brady’s politics. But it was a reminder of how structural realities that rarely get much television time—collective bargaining agreements, judicial decisions, ownership rights, and the raw distribution of power—will not be swept away simply because a man who has mastered old and new media alike has succeeded so brilliantly in casting himself as the avenger for the dispossessed.

Still, a phony celebrity populism plays well on television at a time when politics and governing are regularly trashed by those who claim both as their calling. Politicians who don’t want to play their assigned roles make it easy for a role-player to look like the real thing, and for a billionaire who flies around on his own plane to look like a populist.