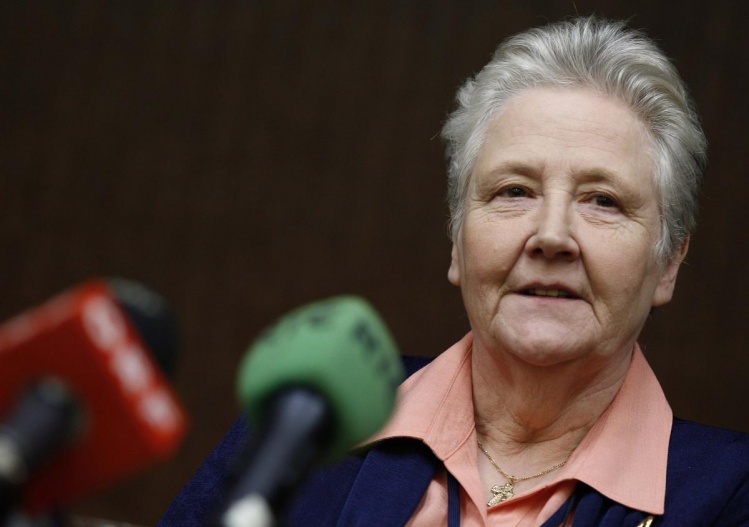 For an Irish Catholic Church desperate for good news, the bad keeps coming. Most recent are the revelations about a mother-and-child home run by the Bons Secours sisters in the town of Tuam, County Galway, which operated from 1925 to 1961. While some early, highly sensationalized media reports about hundreds of dead babies dumped into a septic tank have turned out to be false, details about the treatment of children—their living conditions, mortality rates, and burial after death—unleashed a fresh round of shock and outrage in a nation that has seen plenty of both during two decades of reports detailing a history of physical and sexual abuse in Catholic settings.

This string of revelations has obviously sparked blistering criticism of the church in Ireland. Much of it is deserved, but it is also important to understand the multiple dimensions of the calamity that Irish Catholicism finds itself in.

The abuse crisis in Ireland is really two crises. The first is the sexual abuse of minors by priests. This crisis has followed a now-familiar pattern. For decades, a small number of priests used their position to abuse vulnerable children. Some continued undetected for years; others were discovered at the time. When this happened, church leaders, especially bishops, consistently hushed up the crimes, transferring offenders to new and unsuspecting communities while pressuring victims and their families into silence. The need to “avoid scandal” produced scandalous behavior, allowing abuse to continue and the abused to suffer in shame and silence.

This dimension of the crisis, then, is not unique to Irish Catholicism; we continue to see similar revelations from around the world. If given access to minors, a small percentage of men will sexually abuse them. While this percentage is not higher among Catholic priests than ministers in other denominations or those in secular positions such as coaches, teachers, or counselors, it is the historical response by Catholic leaders (as well as the church’s size, longevity, and practice of keeping detailed personnel records) that has produced an abuse crisis in country after country. From the United States to Germany to Australia to Ireland, it is the cover-up as much as the crime that has sparked outrage.

That being said, the wound likely runs deeper in Ireland. A striking feature of Irish history in the nineteenth and twentieth centuries is the fusion of national and Catholic identity. Catholicism deeply influenced nationalist resistance to British domination, the founding of the independent Irish state in 1922, and ordinary social and cultural life for generations. As late as the 1970s, weekly mass attendance was well over 90 percent across the nation, and even today, programing on Ireland’s national television and radio stations pauses daily to broadcast the tolling of the Angelus bells. So while in most countries a crisis of Catholicism is just that, in Ireland it has taken on the character of a national identity crisis as well.

Indeed, if any two elements best defined Ireland’s historically intense Catholic devotionalism, they were its clericalism—faith in the status, integrity, and benevolent power of priests and bishops—and its sexual puritanism—the special seriousness and shame reserved for sins involving sex. Of course, the sexual abuse of children by priests and its cover-up by bishops simultaneously betrayed both, something that helps explain the depth of pain, confusion, and anger in the country.

THE SECOND ABUSE CRISIS is more uniquely Irish. After independence, the new Irish state entered into an exceptionally close relationship with the Catholic Church. Ireland’s constitution, adopted in 1937, was written with input from John Charles McQuaid, the soon-to-be the named Archbishop of Dublin; began by invoking “the Most Holy Trinity”; and endorsed the “special position” of the Catholic Church in Irish life. The church’s role included drawing on public funds to operate a vast network of hospitals, schools, and other social welfare institutions on behalf of the state. Even today, the majority of public primary schools in Ireland are essentially Catholic-run.

Among these institutions were homes and industrial schools, primarily run by religious orders, for orphans, destitute or delinquent children, and unwed mothers. There were also “Magdalene asylums” that housed women suspected of engaging in prostitution, sex outside of marriage, or immodest behavior of some kind. In some cases these institutions helped those in need, but many were run more like prisons, and revelations of harsh physical punishment, sexual abuse, malnourishment, disease, forced labor, and the seizing of children from their mothers has rocked the country over the last few decades. The news about the home in Tuam is only the latest.

The Irish public’s anger at the Catholic orders that ran these places is warranted, but the revelations indict more than just the church. In fact, some of the anger is a way to deflect more widespread guilt. It is not so easy to separate mid-twentieth century Irish society from Catholicism. Almost every extended Irish family had someone in a religious order connected to these institutions, just as they likely had a member somewhere on the family tree confined in one. The government sponsored and in many cases inspected these places. It was Irish society more generally that pushed its most troublesome and marginalized members out of sight behind these walls, dumping them on nuns and brothers often too overwhelmed to deal with them. And during the heyday of these institutions, Irish life outside their walls had its own share of poverty, illness, high infant mortality, harsh physical discipline, and sexual abuse and exploitation. The history of mistreatment in these institutions is a scandal for the Catholic Church, but the church was not so much a force imposed from outside the country as one woven into Irish society and made up of Irish people themselves.

A World Without War