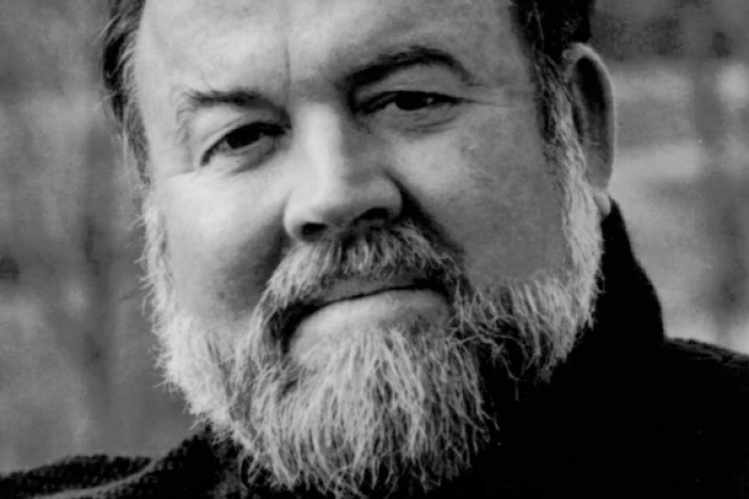 Ernest Hemingway once said he “never wanted to be known as a Catholic writer,” that he was content being a “very dumb Catholic” with “so much faith that I hate to examine into it.” Certainly his literary representations of Catholicism do little to shed light on his personal faith, leading critics like Jeffrey Meyers and some others to question the authenticity of his conversion and, in light of his own mythology and his pared-down stories, view his Catholicism as mere novelty.

Like so many writers, Andre Dubus cited Hemingway’s influence, admitting that Hemingway “inspired my romantic side.” No matter that he ultimately felt more formed by Anton Chekhov, he’s drawn criticism for sometimes sounding “like an entry in a bad Hemingway contest” (Brian Stonehill, in the Los Angeles Times) and for writing of a world Hemingway “would have understood and approved of, but that many people today find alarming, if not downright silly,” in the words of Vivian Gornick, writing in the New York Times Book Review in 1990. But these are typical misreadings of both writers: What Gornick and other critics might call dated, I call a pre-Second Vatican Council sexual ethos that Dubus authentically captures in his short stories while critiquing in his essays. Dubus was his own man on the page and anything but a dumb Catholic—comfortable using his faith to articulate an aesthetic architecture for his fiction. If Dubus were a dogmatist, he would lay judgment on the adulterers in his fiction. Rather, writing from a Catholic worldview, he reveals how faith helps and hurts them in equal amounts.

Born in 1936 in Lake Charles, Louisiana, Dubus was educated at a Christian Brothers school from third through twelfth grade and attended McNeese State for college, later enrolling in the Iowa Writers’ Workshop. He eventually moved to Massachusetts to teach at Bradford College, where at the first class meeting he wrote a statement on the blackboard: “Art is always affirmative, because it shows we can endure being mortal.” Struggle, suffer, endure: Dubus’s stories might be sorted into devolutions of love, violent tales of pain and revenge or meditations on the relationships between fathers and daughters.

A story like “The Pretty Girl” is an example of the former. Polly, its protagonist, cheats on her abusive husband toward the end of their marriage, a transgression over which she feels guilt, but it’s a sin diminished, she tells herself, by his abuse. Still, because “she had not been in a state of grace for a long time,” she does not take the Eucharist—though she is a devout Mass-goer, albeit one who finds peace in the ritual of celebration and experiences God as a comforting yet distant presence, longing for those “forty minutes” when “her mind was suspended.” In rising to sing with the others, to listen “to her voice among theirs, read the Confiteor aloud with them” she feels forgiven for her sins. Yet this provides only a temporary peace. This is a refrain in Dubus’s fiction: There are no clean finishes. Violence never heals.

The scars of such violence are present in “Leslie in California,” a brief and underappreciated story in which the Hemingway tradition is seen through Dubus’s blue-collared present. The title character’s plain-spoken first-person suggests acceptance of her situation: She wakes to the smell of beer; her eye hurts. She counts the discarded bottles and cans, “knowing how many it takes” to be at risk for another a black eye from Kevin, her boyfriend. “Hon” is the word he speaks most often in the story, and he promises to never hit her again, but all Leslie sees are weapons: the knife on his belt, the “cooking forks, ice picks, hammers, skillets, cleavers, wine bottles, and I wonder if I’ll be one of those women. I think of this without fear, like I’m reading in the paper about somebody else dead in her kitchen.”

In some ways the story recalls Hemingway’s “Hills Like White Elephants.” Besides their lean styles, with dialogue and beats instead of explicit emotion, there is the longing of women to escape. Leslie looks out the window at the surrounding hills, and when Kevin leaves for work, she ruminates about them and the flight she is not ready to attempt.

There is a father in the story, too, whose simultaneous hopes for and distance from Leslie anticipate themes more thoroughly explored in the stories specifically about fathers and daughters, those that are generally counted among Dubus’s finest fiction. One such story is “Bless Me, Father,” in which a young woman learns her father is having an affair. The woman, Jackie, is nineteen and surrounded by “sin” herself, but besides being “pinned” to her boyfriend and some recreational drinking and smoking, she has done nothing to “interfere with her staying in the state of grace.” This is the “downright silly” preconciliar sexual ethos Gornick refers to. Dubus, though, winks his way through the story; of course his Catholics are having sex, but they are also experiencing guilt and second thoughts and worry. This Catholic worldview is what’s continuously fumbled by critics: They find Dubus’s characters innocent or hokey in their worries about sex and confession and whether they should take the Eucharist, but they also want Dubus, as writer, to criticize the Church more.

And at any rate, sex is not really the issue in “Bless Me, Father.” The issue is the distance between men and women, between love and lust. Even Jackie’s supportive boyfriend, Gary, is taken aback by how “purposeful, competent” she is in her anger over her father’s adultery: “This shift caught Gary off guard, nearly spoiling his evening. He had liked it much better when she had so obviously needed his comfort.” Not only is she not in need of his comfort, she sends her father a strongly worded letter that leads to them meeting for lunch. She is equally hurt and disgusted by what her father has done; when he orders a salad and winks, patting his belly, “she thought of him naked with that blonde.” All these years, and now “it struck her that perhaps he was a corrupt, remorseless man.” She wonders about the last time he received Communion, and thinks back to the previous summer, when “apparently he still had the faith, but he sat calmly, enclosing a mortal heart, one year away from fifty: the decade of sudden death when a man had to be careful not only about his body but his soul as well.”

Her father’s defenses are empty. He claims to respect his wife, who understands the arrangement. After all, “I don’t know one man who’s faithful. Not in here, anyway,” he says, while tapping his forehead. He says adultery is a “sweet lie, sometimes a happy lie, but a lie,” but later in the story says he is having trouble saying goodbye to this woman. Dubus is one of the best Catholic writers at documenting this shift between pre- and postconciliar ethos: His characters do not entirely shed their worry sexual damnation, but they are not afraid of that judgment so much as resigned to it.

Of course, it is “A Father’s Story” in which Dubus’s exploration of the relationship between father and daughter gets its fullest treatment. The story is narrated by Luke Ripley, a divorced Catholic in his mid-50s who never contributes to the Sunday collection because he doesn’t “feel right about giving money for buildings, places.” He would rather a pared-down church with “no padding on the kneelers.” He wants the Vatican to give its money to the poor, but admits that he would not do the same because “being a real Catholic is too hard.”

The movements of “A Father’s Story” are well known. The story begins with a long confessional monologue that documents Luke’s normal routine, including his daily receipt of the Eucharist. Luke is awakened one windy night by Jennifer, his adult daughter. Driving home after a day spent drinking with friends, Jennifer hits a man with her car. Luke drives to the scene and discovers the man’s body. Here Dubus slows the narrative as Luke catalogs his sins: He did not stop for Father Paul, a priest friend, who might have given the man his last rites; he did not call an ambulance. He came only to protect his daughter. The following morning, Luke receives the Eucharist as usual, but says nothing to Father Paul about the incident. “It is a world of secrets,” he thinks, and “that is the nature of fatherhood.” And, he tells the reader, he would “do it again” because his daughter “woke what had flowed dormant in my blood since her birth, so that what rose from the bed was not a stable owner or a Catholic or any other Luke Ripley I had lived with for a long time, but the father of a girl.”

Luke would not have protected his sons this way; he would have called the police. Not because he loves them less, but because “I could bear the pain of watching and knowing my son’s pain.” God could not understand the loss of a daughter, he says; God “could not have borne her passion.” Dubus does not replace God with man, but he does reveal how the sharp edges of life can derail even the soundest ethical sensibility. He makes no pretensions toward theology, as Luke’s first-person experiences apply only to his own moments, and no others. The sacramental love of Dubus’s fiction may be broken and uneven, but that love is dogged.

Sounding like Hemingway, Dubus once said: “I can’t write about a character I can’t love.” But what separates him from Hemingway—and from the contemporaries like Richard Ford and Raymond Carver he tends to be grouped with—was his willingness, as well as the ability, to lay bare the Catholic worldview that shaped the sufferings and sorrows of his characters. His men and women might behave badly, but they are Catholic to the bone, and the soul. Being a real Catholic might be too hard for Luke Ripley, as it was for Hemingway, but Dubus knew something important about that struggle: It makes for great stories.