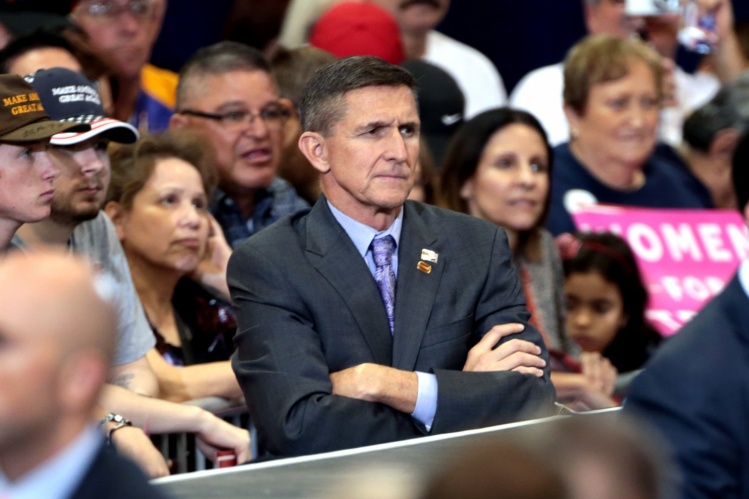 If FBI agents violated then national security advisor Michael Flynn’s rights when they interviewed him about his meetings with a Russian diplomat and Turkish businessmen, it’s time to review all of Lt. Columbo’s cases. And perhaps Father Brown’s too.

As law enforcement techniques go, the method of letting an interviewee talk himself into a hole is relatively benign. Under Supreme Court rulings, it can be legal for investigators to lie. For example: we found your fingerprints at the scene. Or: your accomplice is ratting you out.

The FBI simply “decided the agents would not warn Flynn that it was a crime to lie during an FBI interview because they wanted Flynn to be relaxed, and they were concerned that giving the warnings might adversely affect the rapport,” according to an FBI memo. FBI official Andrew McCabe had suggested beforehand to Flynn that if he involved the White House counsel in the interview, then McCabe would also need to bring in attorneys from the Justice Department. Having already lied to Vice President Mike Pence, to the White House press secretary, and through him to the public, Flynn saw no need to alert the Justice Department to his interview.

Flynn’s lawyer said that the FBI did not violate Flynn’s rights even if it had dissuaded him from having a lawyer at the interview.
sharetweet

The disclosure of these commonplace tactics—to discourage a potential witness from “lawyering up”—was treated as a “bombshell,” especially at Fox News. “These are pros who don’t care about justice and the truth,” the network’s legal analyst, Gregg Jarrett, declared. “Mueller’s team only cares about getting Trump and winning their cases.” He and Jeanine Pirro, a former prosecutor and judge in Westchester County, N.Y., implied on her Fox show that the judge in Flynn’s case, Emmet Sullivan, might well toss the charge Flynn pleaded guilty to. The tactics used against Flynn “ought to scare the daylights out of every American,” Pirro said.

It was “a cut and dry case of entrapment,” former National Security Council Chief of Staff Fred Fleitz said in yet another Fox interview that showcased President Donald Trump’s brief against special counsel Robert Mueller. Joseph diGenova, former U.S. attorney for Washington, D.C., used his Fox News platform to charge that there was “an effort to cover up unethical, unprofessional and illegal conduct by the office of special counsel.” Like Pirro, he expressed his high regard for Judge Sullivan, whom he called “a fine jurist who will do the right thing.” Another Fox expert, George Washington University law professor Jonathan Turley, blasted the case against Flynn. It was as if federal investigators “put him in a cage and shot him,” he said.

These claims, aired with such indignation, quickly fell apart when Judge Sullivan questioned Flynn and his lawyer, Robert Kelner, in a hearing at federal court in Washington on December 18. Flynn’s lawyer said that the FBI did not violate Flynn’s rights even if it had dissuaded him from having a lawyer at the interview. Nor were his rights violated when the agents decided not to warn him it was a crime to lie to them. Nor was he entrapped. And yes, Flynn was guilty of the charge against him.

Since Kelner’s pre-sentencing memo raised these points about how the FBI conducted its interview, Sullivan’s concern was to make sure the original guilty plea, taken by another judge, was a valid one. That’s why he asked so many questions: “I cannot recall any incident in which the Court has ever accepted a plea of guilty from someone who maintained that he was not guilty, and I don't intend to start today,” he said.

Kelner quickly responded that Flynn “fully accepts responsibility” and “stands by his guilty plea.” The reason he raised these issues, Kelner indicated, was not to imply that Flynn didn’t really lie. His aim, rather, was to distinguish his client’s case from those of two other defendants who pleaded guilty in Mueller’s probe, George Papadopoulos and Alex Van der Zwaan. They received short jail sentences—fourteen and thirty days—for lying to federal investigators. Kelner is making the case that Flynn should not be incarcerated. To do that, it would help to highlight differences between Flynn’s case and theirs.

This would raise a warning flag for any judge, since it’s the judge’s duty to make sure a defendant who pleads guilty is really guilty. And yet, the judge’s conscientious questioning of Flynn was misinterpreted in a Wall Street Journal opinion column as an attempt to get Flynn to withdraw from his plea.

Once Kelner informed Sullivan of his real reason for delving into the circumstances of Flynn’s interview, the judge was unimpressed. “I mean, neither one of those individuals was a high-ranking government official who committed a crime while on the premises of and in the West Wing of the White House,” he said.

The judge demolished the idea that Flynn’s offense was minor. Responding to Sullivan’s questions, Assistant U.S. Attorney Brandon Lang Van Grack said that Flynn could have been indicted in the federal case against two of his business associates charged with conspiring to violate lobbying laws. That case centers around Turkey’s secret lobbying to get the United States to extradite the moderate Muslim preacher Fethullah Gülen. The most serious charge in that case is punishable by ten years in prison, the prosecutor said.

If anything, Mueller had treated Flynn gently in return for what the special prosecutor said was his full cooperation. He allowed him to plead guilty to a lesser charge (albeit a felony rather than a misdemeanor).

It might be said that the greatest mitigating factor in Flynn’s favor went unexplored at the hearing: that when Flynn lied by denying he had spoken with Russian Ambassador Sergey Kislyak while the Obama administration was still in office, he was concealing a conversation undertaken at the request of a “very senior” member of the Trump transition team.

If Trump or a close relative was the “quote, very senior, end quote” official, it would cast a sinister light on the president’s alleged effort to stop FBI Director James Comey from investigating Flynn.

But we don’t know that because Mueller, despite much provocation, has conducted his probe with quiet dignity. It may be that he has uncovered “NO COLLUSION” with Russia to influence the 2016 presidential election, as Trump likes to tweet, or it may be that he is still gathering and evaluating some very disturbing evidence. Meanwhile, the fog machine called Fox News has surrounded the Mueller investigation with a dense cloud of misinformation.

In any case, the judge alarmed Flynn and his lawyer to the point that they accepted Sullivan’s offer to delay sentencing until Flynn completes his cooperation with Mueller. As the lawyers said and Flynn confirmed, Flynn’s cooperation may still be needed—possibly beyond the Turkish lobbying case, which is being handled by federal prosecutors in Virginia. The judge should be able to consider his full cooperation.

Judge Sullivan, having read unexpurgated versions of court documents that were heavily redacted before being released to the public, is taking a wait-and-see stance. Everyone else should do the same.

Crossing the bridge to Islam