An Introduction to ‘Commonweal’ and Liberation Theology 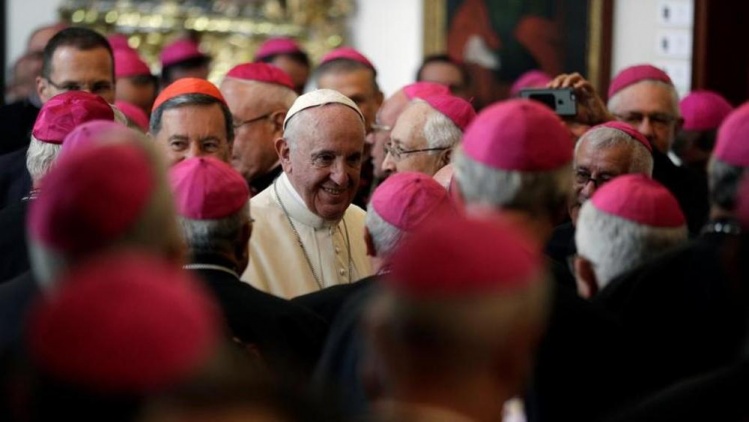 On August 24, 1968, Pope Paul VI opened the second conference of the Latin American Episcopal Council (CELAM) in Medellín. The first time Latin America had ever been visited by a reigning pope, CELAM II is famous for its indictment of structural injustice throughout Latin America and for igniting a debate about how the church should address growing inequality and corruption in the region. The phrase found in the conference’s final document—“ver, juzgar, y actuar” or “see, judge, and act”—urged members of the clergy to address this inequality through both their actions and words.

At the time of CELAM II, many felt the church in Latin America had become stagnant and institutionalized, and found a strong need for a new evangelization predicated on combating poverty and political injustice. Some priests had already adopted this approach, witnessing their congregations’ oppression. But in legitimizing their concerns, CELAM II came to be called a sort of “coming out party” for liberation theology: the idea that a preferential option for the poor must counter structural injustice, and is a necessary part of salvation. Theologian and Dominican priest Fr. Gustavo Gutierrez, often considered to be the father of liberation theology, defined the movement in three priorities: social and political liberation from institutions upholding poverty and injustice; emancipation from the things that prohibit oppressed people from living dignified lives; and rebuilding a relationship with God through liberation from sin.

While liberation theology became popular among many progressive priests and theologians during the late 1960s and ’70s, not everyone agreed that the church should support it. Many dissenters charged liberation theology, often falsely, with encouraging violence and revolution. Other critics argued that the theology adopted too temporal an outlook on salvation. Ultimately, support for liberation theology led some left-wing clergy to be ostracized from the institutional church in the post-Medellín years.

The following three conferences of CELAM at Puebla, Mexico (1979); Santo Domingo, Dominican Republic (1992); and Aparecida, Brazil (2007) returned to themes from the Medellín conference’s document. In 2007, CELAM V was filled with a sense of renewed commitment to addressing structural injustice and providing hope for the poor. In light of globalization and deepening inequalities in Latin America, CELAM V’s document addressed the necessity of caring for those who are marginalized in society, breathing new life into the same words published thirty-nine years earlier at Medellín: “ver, juzgar, y actuar.”

Commonweal has highlighted voices from both sides of the liberation theology debate, often tending towards defending its merits in light of Catholic social teaching. Fifty years after CELAM’s final meeting at Medellín, we’ve turned to the archives to revisit our coverage. Here you’ll find some of the strongest voices in the progressive Latin American church that have shaped a continent’s Catholic life and faith for a generation.