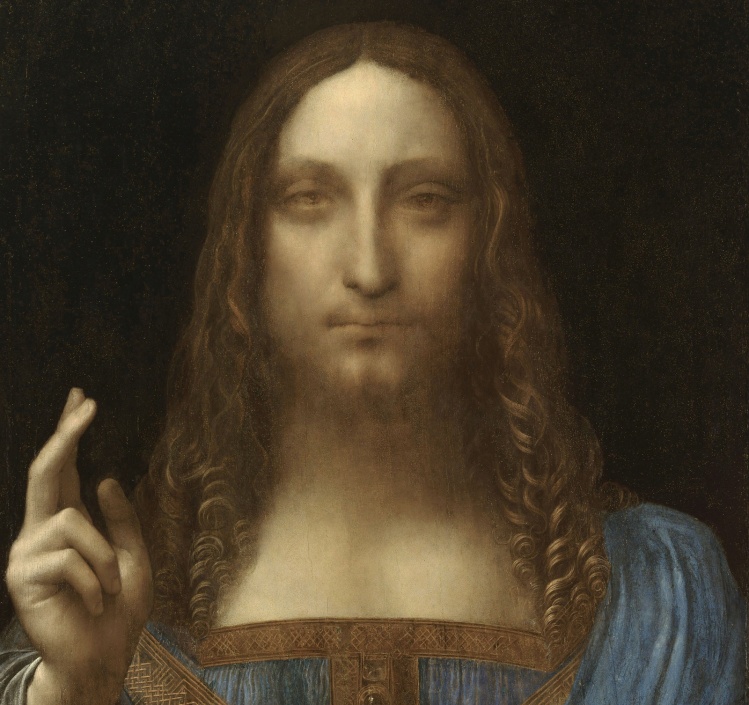 “It is the incomplete revolutions which are remembered; the fate of those who triumph is to be taken for granted,” writes Tom Holland in his new book, Dominion. Illustrations of this pithy observation aren’t hard to find. Just a couple of years ago we celebrated the centenary of the October Revolution, which turned out to be not only incomplete but, in the long run, a spectacular failure. One might even venture to say that the noisier the remembrance, the more dubious the event being remembered. Yet who doesn’t love a good failure once in a while? Be that as it may, Holland’s book is not about failed or incomplete revolutions, but about one that has succeeded, reshaping the world in a decisive, if sometimes unassuming, manner.

Indeed, the “Christian revolution” has proved so successful in remaking the West that, two millennia on, it has become virtually impossible to separate Christianity from Western civilization. Whether we like it or not, we in the West inhabit a world that remains structured by Christian assumptions and informed by Christian ideas. Political and civic institutions, legal systems, codes of behavior, artistic tastes, practices of everyday life—they all, in one way or another, visibly or invisibly, bear the mark of Christ. The Christian revolution has been so complete, observes Holland, that two thousand years after his birth, it is no longer necessary to believe “that he rose from the dead to be stamped by the formidable—indeed the inescapable—influence of Christianity.” However secular one’s lifestyle might be, to live in today’s West is “to live in a society still utterly saturated by Christian concepts and assumptions.” And that’s the case not only with the Christians living there; it is “no less true for Jews and Muslims than it is for Catholics and Protestants,” writes Holland.

Ironically, the Christian revolution has been so successful that even to criticize or oppose Christianity has required borrowing some of its tools. One of the accomplishments of Holland’s book is to show not just that some of the most anti-Christian, or even overtly atheist figures, from Voltaire to Marx to Nietzsche, were philosophically dependent on the position they attacked, but also that some of their objections and criticisms had already been formulated in Christian circles at one point or another. Fierce freethinkers though they were, they were not completely free from using concepts, ideas, and arguments that originated in the Christian camp. The charges that Voltaire brought against Christianity, for example—that it produced bigots and spread superstitions, or that the Bible was full of contradictions—were not exactly his invention. As Holland observes, such accusations “had been honed, over the course of two centuries and more, by pious Christians.” You could tell Voltaire learned something from the Jesuits with whom he studied in his youth.

But it wasn’t only in their negative approaches that the West’s progressive figures borrowed from Christianity even as they eviscerated it. When they formulated programs and put together various proposals for the betterment of their fellow humans, they helped themselves just as liberally from the religion they rejected. Holland skillfully demonstrates how some of the more emblematic moments in the modern West were informed, though not always obviously, by Christian ideas. For all its anticlerical notes, such was the case with the Enlightenment, for instance. Voltaire’s “dream of a brotherhood of man” often felt like a reheating of similar visions we find in St. Paul. Just as Paul had proclaimed that “there was neither Jew nor Greek in Jesus Christ, so—in a future blessed with full enlightenment—was there destined to be neither Jew nor Christian nor Muslim.” The deliverance of humanity from darkness, on which the philosophes would gleefully swear, was something that generations of Christian educators and reformers knew a thing or two about. These visionaries had been “counting down the hours to an upheaval in the affairs of the earth” that would deliver it from darkness. “The night is nearly over; the day is almost here.”

The influence of Christianity can be found in the most unexpected of places sometimes. Take human rights.
sharetweet

“That’s fine,” I seem to hear a skeptical reader saying. “This may work in the case of the Enlightenment, but you are not going to say that Marxism or Communism, for example, also had Christian roots, are you?” That’s precisely one of the subtler points Holland is making in Dominion. In the foundational texts of Christianity there are places where a fundamental solidarity with the poor and the hungry, the powerless and downtrodden, is formulated. Jesus himself called these people “brothers,” and identified with them unreservedly (“Whatever you did for one of the least of these brothers of mine, you did for me”), whereas for those at the other end of the power spectrum, he had a different message (“Woe to you who are rich!”). And the first generations of Christians understood quite well what Christ had meant: “We have become the scum of the earth, the refuse of the world,” writes Paul (1 Corinthians 4:13). Importantly, such a social vision is not just a peripheral feature of Christianity, or something added later by charitable souls, but stems from the central doctrine of Christianity: the Incarnation. As Holland puts it, “by making himself nothing, by taking on the very nature of a slave,” Christ had “plumbed the depths to which only the lowest, the poorest, the most persecuted and abused of mortals were confined.” In early Christian communities, all were “brothers” and “sisters,” everything was held in common, and power was deliberately shunned—a radical response to the radicalism of Christ’s own message. Various forms of what would later be called “socialism” or “communism,” recurrent throughout Christian history (from the Taborites to the Münster Anabaptists to countless other fringe groups) took those early communities as a good model to follow.

By the time Karl Marx entered the scene, then, Christianity already had a long and colorful history of toying with the communist idea. Coming from a solid rabbinical environment as he did, Marx didn’t fail to recognize a great Jewish teacher when he saw one, even when that teacher had ended up inspiring another religion altogether. Even the terminology used by Marx “to construct his model of class struggle—‘exploitation,’ ‘enslavement,’ ‘avarice’—owed less to the chill formulations of economists than to something far older: the claims to divine inspiration of the biblical prophets.” Marx’s famous formulation “From each according to his ability, to each according to his needs” looks to Holland like a cheeky act of plagiarism from the Acts of the Apostles: “Selling their possessions and goods, they gave to everyone as he had needed.”

The influence of Christianity can be found in the most unexpected of places sometimes. Take human rights. One would think that they belong firmly in the secular sphere: What are they, the common assumption goes, if not the invention of modern secular jurists, the daily bread of our godless lawyers? Nothing very Christian about it. And yet it was a Catholic figure, Bartolomé de las Casas, who—horrified by the devastation that the first European colonists brought about in the New World, of which he had firsthand knowledge—came up with the notion of derechos humanos, at the time as bold an idea as it was farseeing. He argued for the rights and dignity of the natives on the basis of the humanity they shared with the colonists: “All the peoples of the world are humans, and there is only one definition of all humans and of each one, and that is that they are rational.”

Holland is too self-aware and sophisticated an author to imagine that, if the whole world around him is suffused with Christian assumptions, he alone—in writing about Christianity—is somehow exempt from this influence. He gladly acknowledges the sign under which he labors. And that, far from undermining his approach, makes it even stronger because more honest:

Even to write about it in a Western language is to use words shot through with Christian connotations. “Religion,” “secular,” “atheist”: none of these are neutral. All, though they derive from the classical past, come freighted with the legacy of Christendom. Fail to appreciate this, and the risk is always anachronism.

The influence of Christianity on Western life—social, political, economic, intellectual, and linguistic—is, then, as pervasive as it is inescapable. No matter what we do, regardless of our personal faith (or faithlessness), we are—in our dealings with the world, with others, and with ourselves—bound to reenact some Christian truth, reheat an old Christian idea and serve it as new, or “invent” what may have been a commonplace in the life of the traditional Christian. We can certainly protest and rebel, but we will most likely end up with Christian assumptions even in our protestations. For all our sophisticated secularism, Christianity is here to stay, even if it takes increasingly disguised forms. The West, concludes Holland, “increasingly empty as the pews may be, remains firmly moored in its Christian past.”

Of course, what is true of Christianity in the West is elsewhere true of Islam, Buddhism, and Confucianism—to give only the most obvious examples. This is touching testimony to the power of ideas to change the world. Compared with the glittering importance that, say, empires and armies enjoy, ideas seem utterly insignificant—next to nothing, really. Caught under the heavy weight of material conditions, they appear fragile and ephemeral. Cut off the head of the philosopher, stone the prophet to death, and their ideas will die with them—that’s the materialist’s assumption. In practice, however, things are more complicated. Sometimes it’s precisely the death of their originator that gives ideas a new life. Provided they are sown in the right soil, at the right time, and by the right person, ideas can end up much harder than stone. The Buddhist idea is alive and thriving even though there are almost no physical traces left of the material world from which Siddhārtha Gautama came. That goes for the founder of Islam too. And who would have guessed that the crucifixion of a seemingly insignificant Jew by the world’s greatest empire would give birth to a world-changing movement? But it did, and Tom Holland does a fine job of showing just how profound and pervasive the change was. If you needed a book to give to someone who doesn’t know much about Christianity, Dominion would be an excellent choice. But you could also offer it to those who seem to know a bit too much, or all the wrong things, about Christianity.

Costică Brădăţan is the author, most recently, of In Praise of Failure: Four Lessons in Humility (Harvard University Press, 2023).