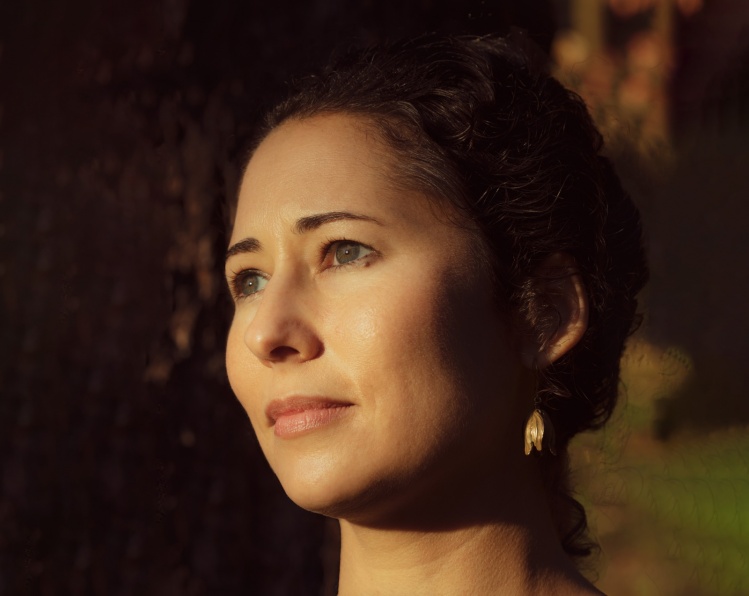 We Catholics have been bellyaching about the death of the Catholic novel since we invented the category. Before we had fully ingested the required doses of Graham Greene, François Mauriac, and Georges Bernanos, we heard the funeral bells tolling. In the last days of Flannery O’Connor, Walker Percy, and Muriel Spark, we wrung our hands over the end of an era. Never mind that many contemporary readers came of literary age in the company of Alice McDermott, Toni Morrison, and Chimamanda Ngozi Adichie. Still we hear that the Catholic novel is dead.

Well, long live the Catholic novel. Here, I submit, is a worthy successor to a distinguished line of idiosyncratic predecessors: Kirstin Valdez Quade’s The Five Wounds, a Catholic telenovela of a book. Quade explores the lives of a contemporary New Mexican family who must confront teenage pregnancy, death by brain tumor, and a serious intergenerational case of the blues. In the face of the family’s suffering, she creates an exuberant, big-hearted, realistic group portrait of one Mexican-American family trying to stay afloat in a twenty-first century flood of anxiety, violence, and soul pollutants.

Because Quade’s novel is interested in the common struggles of our sociological present—economic inequity, addiction, unemployment––the most striking element of her narration is its dramatic foregrounding of the Crucifixion. The Five Wounds opens during the Lenten days leading up to a Good Friday ritual. Amadeo Padilla (who is, conveniently enough, thirty-three years old) has been chosen to play Christ in a Good Friday procession organized by his great-uncle’s hermandad. This spiritual fraternity—no females allowed––was founded in little Las Penas, New Mexico, for mutual support in an era of clerical scarcity. Tío Tíve is old and intimidating, as are many of the brothers, but Amadeo swells with pride at the honor they have bestowed upon him.

Because Quade’s novel is interested in the common struggles of our sociological present, the most striking element of her narration is its dramatic foregrounding of the Crucifixion.
sharetweet

Unbeknownst to him, it is his mother, Yolanda, who has arranged this intervention, meant to shake him out of his unemployment, alcoholism, and self-centered despair. It does shake him up, at least for a little while––when Amadeo hears about a legendary performance by a Jesus past, one who allowed actual nails to be driven into the palms of his hands, he decides that he too will go the macho distance with his suffering. Meanwhile, his fifteen-year-old daughter, Angel, has shown up pregnant at his mother’s house, where he’s been mooching for years. What Amadeo and Angel don’t know is that Yolanda—guilty over all the ways her own failed marriage to a gay man wounded Amadeo––will shortly be diagnosed with terminal brain cancer and will hold that secret as close as she can for as long as she can, the same way she has held other crucial secrets.

When Quade originally published a free-standing short story called “The Five Wounds” in the New Yorker in 2009, it garnered a great deal of attention. Though the Good Friday procession is a spectacle particularly relished by Mexicans and Mexican Americans, who traditionally enact some of the torture inflicted on Christ with serious attention to detail, less demonstrative believers and nonbelievers alike still regard the ritual with bemusement. But Quade is especially well equipped to explore such a performative demonstration of belief. Once a student of John L’Heureux at Stanford, she had a good mentor for considering the ways that even the most extreme Catholic ritual, iconography, and vocabulary might become natural, even inevitable, elements in fiction. Now Quade’s twelve-year-old story, lightly altered, anchors a plot that begins in one Easter season and ends a year later, with another crucifixion and resurrection.

Once Amadeo allows his uncle to literally nail his hands to the cross, Quade has announced the theme of suffering so clearly that now she must surprise us with its variations, and surprise us she does. Like many a Catholic writer before her, she decenters the sacred spaces of the institutional Church in favor of the profane life outside the walls of the morada where the men of the hermandad pray. No kindly, rummy priest offers advice; no saintly pepperpot of a nun sees the depths of the Padillas’ suffering or their dogged faithfulness. No, aside from the hermandad, the Padillas are on their own, spiritually speaking. Earthy in their speech, they are comic and pathetic in their failings and in all the ways they inflict pain on each other. They are also noble in the fleeting moments they bear each other up.

The Padillas are quintessentially American in their working-class scrambles. Amadeo has dreams of a thriving windshield-repair operation, to be achieved, he hopes, with a thousand-dollar plastic toolbox of materials he saw advertised on TV: “Amadeo imagines windshield repair is a trade Jesus might get behind. It is, essentially, carpentry for the twenty-first century.” His mother has a clearer grasp of economic reality and a long-time job as an administrative assistant in Santa Fe, an hour’s drive from their little town—a drive that will become harrowing by the time Yolanda’s glioblastoma extends its tendrils into her brain. Before the novel opens, Amadeo’s daughter Angel has been living with her mother, Marissa, in another little town, Española, the “low, brown” Rio Grande running through it. The Padillas abide in one of the most starkly beautiful parts of our country, “the mountains blue and golden,” and “sometimes Angel can see what the Anglo artists see in the landscape.” Mostly, though, the natural world floats by the windows of cars that travel long distances to get to work or to “shitty public schools.” Coyotes appear as if out of nowhere, motifs and plot points, reminders of all the ways we have polluted the sacred earth.

This is the world as the Padillas see it: the real world, the gritty world, with all its worries and sorrows and temptations, all its melodrama and genuine tragedy.
sharetweet

Marissa and Amadeo were teenage parents to Angel, too. They never married: Marissa has done all the work of childrearing while Amadeo’s mother has cooked his meals and loaned him money he never repays. Now, after Marissa’s boyfriend threatens Angel, she runs to her grandmother’s house, meaning she also runs to her father. Though he makes some halting gestures in her direction, he relies on his mother in this realm as in all others. Yolanda is the rock and the keeper of family traditions and gatherings. She doesn’t exactly speak Spanish—like all the Padillas, she knows phrases here and there—but she, at least, can follow the nightly telenovelas that appear to have inspired this novel’s form. Told from the shifting perspectives of Amadeo, Angela, Yolanda, and Angel’s teacher Brianna, the plot is constructed in brief, intense dramatic scenes, some of them comic, some of them fraught, all enacted in direct, precise language. This is the world as the Padillas see it: the real world, the gritty world, with all its worries and sorrows and temptations, all its melodrama and genuine tragedy.

Yolanda recognizes why the young people of rural New Mexico have taken to heroin, “passing the syringe in a kind of communion.” She pictures “that first man, a conquistador, here in this dry new land for the purpose of domination and annihilation, yanking on the arm of his newly christened Indian wife, and from that union a son was born. Generations of injury chewed like blight into the leaves of the family tree: shaken skulls, knocking teeth, snapped wrists, collisions and brawls and fatal intoxication.” Amadeo’s mother sees the hermandads as “pure spots of hope, now that the communities are dwindling and drug-blighted.” What she doesn’t see is how her own enabling of her son’s addiction has sapped them both.

Her granddaughter Angel, however, is learning how to raise herself and a baby too. She attends Smart Starts!, a privately funded program for pregnant high-schoolers, where she studies for the GED and finds herself attracted to—and ultimately falls deeply in love with—the most abused and troubled of the teenage mothers, Lizette. Their couplings are depicted frankly, as are all the sex scenes throughout the book. (Even Yolanda, on her deathbed, will summon a vision of a man’s kiss, “the electric rush that will pass through her like absolution.”) Amadeo, too, craves human touch, and when he takes up with the teacher Angel idolizes, the two set in motion a betrayal that will devastate Angel and culminate in near-disaster.

Before the heart-thumping climax, however, two delightful characters will enter the Padillas’ lives: Angel’s baby, Connor, who is forever laughing at their carryings-on, and the baby’s father, Ryan, one of the most endearing nerds in recent literature. A fifteen-year-old father who skipped a grade, he calls Angel “Obtuse Angle”—they met in geometry class—and is enthralled by the son Angel never told him she was bearing. She is not remotely in love with him, but he is, as Yolanda repeats, a “nice boy,” undeterred by Angel’s cruelty.

Indeed, one of the most admirable risks Quade takes throughout this novel is how badly she allows Amadeo, Angel, and Brianna to behave. The characters are drawn in all their complexity, which allows for all kinds of moral possibility. Ryan persists in his visits to the family as if to say that it doesn’t matter how unlovable some of us make ourselves—we’re all still worthy of attention. By the time that second Good Friday procession rolls around, Amadeo will be able to reflect that “the procession isn’t about punishment or shame. It is about needing to take on the pain of loved ones. To take on that pain, first you have to see it. And see how you inflict it.” If that insight wraps the matter up too neatly, too baldly, for my taste, most readers will have almost certainly seen it coming. That doesn’t spoil the ending: we know how the Crucifixion turns out, too.

Quade is hardly the first novelist to delve into Mexican-American religious traditions—Sandra Cisneros and Ana Castillo, for example, have explored Catholic practices and symbols to strong effect. What sets The Five Wounds apart is its insistence on the centrality of the Crucifixion. If this is a novel uninterested in literary experimentation, it is also, despite its realistic appearance, a novel of ideas, or at least one big idea: the astounding notion that the son of God willingly endured torture and crucifixion for the sake of the most ordinary sinners. The Five Wounds suggests that suffering souls might find possibility and hope in that sacrifice.