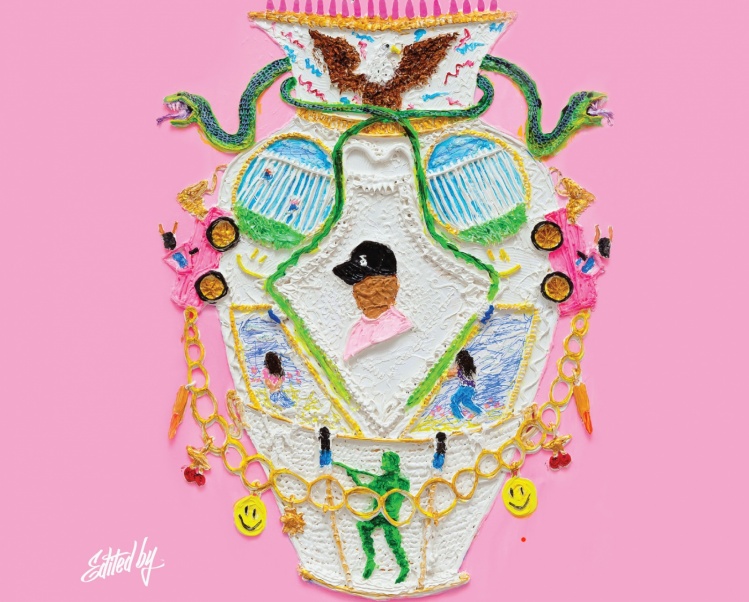 I can count on my fingers the number of texts I read by Latinx authors in college, where I studied literature: a few poems by Federico García Lorca, a short story by Junot Díaz. I didn’t read any Latinx writers in my twentieth-century American literature class. Before college, there was one novel in one high school course, and Sandra Cisneros’s The House on Mango Street in middle school, an attempt to “understand the Latino experience in the United States.” The problem, of course, is that there is no one American Latinx experience. The rare authors who made it into my education bore the impossible responsibility of representing an incredibly diverse community.

The latest anthology from The BreakBeat Poets responds to such reductionism with expansiveness. LatiNext features the work of more than 100 poets in a nearly 300-page collection that aims to counter “definitions, monolithic stereotypes, and outmoded ways of looking at the Latinx experience.” It delivers a cacophony of new voices, a party thumping with hip-hop bass lines and salsa rhythms, suffused with joy and energy, frustration and courage. Every kind of Latinx poet is invited: the black boy in Harlem, the gay girl who feels watched over by la virgen de Guadalupe (“she supported all my crushes / even if she doesn’t remember them,” writes Victoria Chávez Peralta), the poet whose slang mimics rap lyrics, the poet who quotes Dante, the heartbroken child of a deported father, the distant intellectual, the sardonic millenial, one poet interested in delicate imagery and another fixated on Trump’s infamous “shithole countries” remark. If the anthology’s length and diversity of form and style guarantees that not every poem will resonate, it’s just as true that there is something here for every reader.

LatiNext sings: sometimes figuratively in rap-like rhymes and musical language, sometimes literally through transcribed lyrics, like those in Jasminne Mendez’s “Learning the Dance: The Rebellion,” which quotes Colombian and Caribbean singer-songwriter Joe Arroyo’s “La Rebelión.” Spread across two pages, its inconsistent spacing imitates syncopation. No fewer than four poems are dedicated to Cardi B, the wildly popular Latina rapper, “Queen of the Bronx”—Elisabet Velasquez writes, “Everybody Loves Cardi B But...only if we can intellectualize the hood / only if we can point fingers at her and not patriarchy / ...only if she doesn’t remind us of what we were told not to be.” Other poems reference other artists, old and new: Tego Calderón, Terror Squad, Kendrick Lamar.

These poems aren’t supposed to be easily “accessible” to a white reader, fitting neatly into something I can understand. Nor are they written to reassure or coddle.
sharetweet

Trying to follow each musical lead, listening to the songs referenced in each poem, is an education in itself, and a reminder of how vast and varied the culture reflected in these pages is. There is no index of the artists and other figures referenced; no translation of the many bilingual poems (except in the two instances where the poets produced full English and Spanish versions and presented them side by side). Sometimes, this can feel a little overwhelming, but it also enriched my reading. I found myself watching a video compilation of professional wrestler Eddie Guerrero, searching for his catchphrase “I lie, I cheat, I steal,” after reading it in Reyes Ramirez’s poem about violence and justice: “What respect can we have for the word ‘legal’ since / ‘illegal’ can describe our skin, our joy, our life?” I kept a tab open on my phone for translating Puerto Rican slang. I read the Spanish words quickly and then slowly and then quickly again, for the aural experience (the “moon which says / mi’ijo, mi’ija, mi vida, petunia,” writes Monica Rico); for the meaning (what, exactly, is “chivo liniero”?); and then for both together.

These poems aren’t supposed to be easily “accessible” to a white reader, fitting neatly into something I can understand. Nor are they written to reassure or coddle. Sources of trauma are detailed again and again: oppressive systems, police brutality, cruel border policies, barbed microaggressions. Christopher Soto, visited at home by the parole officer checking on his sister, is “hacking the heads // From broccoli stems // & Pretending / His body’s spread across the cutting board,” dreaming of a heaven with “no obligation / To open ourselves // For those who do us harm.” Vincent Toro reminds the reader of the bombs dropped by the United States on Puerto Rico (and Kosovo, and Iraq, and Yemen, and Beirut, and Cambodia, and North Korea, and Japan, and Syria). There is very little of the “grateful immigrant” narrative; instead, these poets make demands of their country. They describe how it continues to fail working people and people of color, calling out specific politicians and broad policies. One poem is dedicated to the 2,300 immigrant children separated from their parents, another to Trayvon Martin. Even the poems that speak longingly of American pop culture figures like Brad Pitt or Captain America mix wistfulness with sadness, bitterness, or pain. “Pretty white boy,” writes Yesenia Montilla, “with pretty teeth, if I punch you / I am the only one that bleeds.”

The Latinx community itself is not spared criticism. Queer poet Julian Randall agonizes over the decision of whether or not to come out to his parents, even as “somewhere, my mother is gripping a rosary to pray for men who look like me.” Grecia Huesca Dominguez’s tías provide Mexican remedies for every conceivable ailment but have none for depression or anxiety, save telling her “to just move on / with my life and not think about it.” Harm is inflicted, intentionally or not. There is pain, and fierce and varied responses to it. There is death: physical, cultural, the death of family homes, of particular dreams.

The section named for death (“La Muerte”) is first in the anthology, and ends with several separate poems that each return to images of birds. These birds are a community holding each other aloft, their “death” actually a migration, leading to new life. Ultimately, this is what LatiNext has documented: the creation of a home. The new community is more than the sum of its parts, not a dim reflection of the places from which its poets are descended, or an incomplete assimilation-in-progress. It’s vibrant, evolving, characterized by its own unique qualities. In “A Letter from the X in Latinx,” by Wren Romero, the “X” tells “U,” “maybe i mean to remind U this is nobody’s country. / maybe I mean to remind U that we haven’t heard the future yet.” In “Coming for the Throne: Ursula’s Love Story,” Amanda Torres writes, “There are no fairy tales written for us, / no love songs except the ones we sing of ourselves.” Here, those love songs are heard.