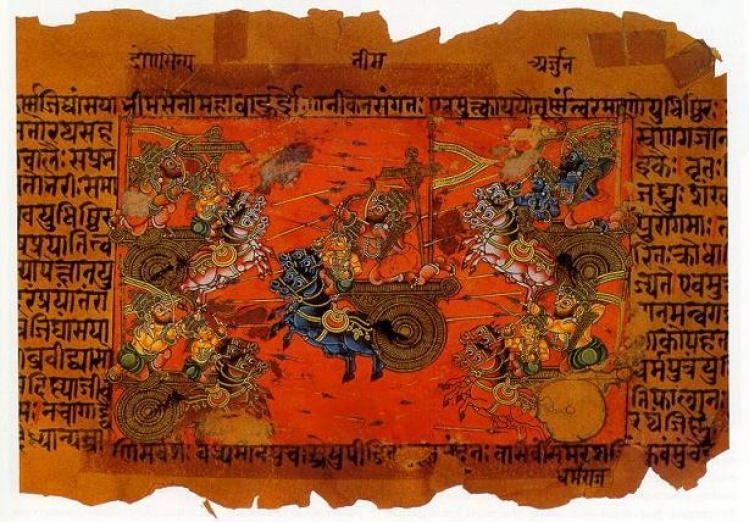 Last week I held a writing workshop for some of my young colleagues here in India. Although fluent in spoken English, they struggle to get their thoughts and ideas on paper. One reason they find it hard is their preference for the passive voice. Sentences written in the passive voice are often clunky and complex (compare: “It was observed by me” to “I noticed”). But no matter how hard I try, I can’t get them to shake this habit.

It’s not their fault. They think in Hindi, and Hindi uses the passive voice much more than English does. In English, we know our friends. Here in India, our friends are people “known to us.” In English, speakers seem to forge their own destinies. In Hindi, things just seem to happen to them.

So does language shape character and culture, or is it the other way around? At one level it seems clear that a language develops to reflect the concerns and preoccupations of the people who speak it. In India, for example, where the family is the primary social framework, you never refer to just a sister-in-law. If you refer to your nanad, you mean your husband’s sister, while your jetani is your husband’s older brother’s wife and your bhabhi is your own brother’s wife.

Sexism is enshrined in the language too. On the mother’s side, all aunts are masis and all uncles are mamas. But on the father’s side, where property is inherited, the uncles’ titles depend on their place in the line. The father’s sisters, meanwhile, are all called bua: because they don’t inherit, their birth order doesn’t matter.

These linguistic biases accurately reflect the beliefs of a large segment of the culture, but I think they also contribute to the preservation of those beliefs. Children who constantly identify relatives according to their specific place in the family hierarchy unconsciously place value on that hierarchy. It matters that you are my tao (father’s elder brother) and not my masur (mother’s sister’s husband); the distinction is more than verbal.

The idea that languages both reflect and reinforce social attitudes has been explored in other contexts. An economist named Keith Chen designed a study to determine whether the language one speaks affects the likelihood that one will save money for the future. Chen found that people whose languages do not have a future tense, such as Chinese, are 30 percent more likely to save than speakers of languages like English, in which past, present, and future are clearly distinguished. Chen’s theory is that people who see the future as distinct from the present (and therefore far away) are less likely to feel the need to prepare for it.

Lera Boroditsky, a professor of psychology at Stanford University, has studied spatial awareness in aboriginal Australians. The people of Pormpuraaw, for example, do not use words for left and right to situate an object in space but instead employ directional terms like “due southwest” or “northeast.” Boroditsky has found that speakers of these aboriginal languages are remarkably good at figuring out exactly where they are with respect to the four cardinal directions, even in unfamiliar terrains.

I recently attended a workshop on keeping children safe, designed especially for people who work with children with disabilities. These kids are statistically more likely than other children to be sexually abused, in part because of the assumption that they don’t have the language to report abuse.

“How do we teach children about their bodies here in India?” Roma Bhagat, a Delhi-based lawyer specializing in children’s rights, asked. “We go into great detail about their faces, their eyes, nose, mouth; we talk about their arms, their legs, their hands. But below their waists, it is a wasteland. We call their genitals ‘shame-shame’ and in the process we not only rob them of the words they need, we tell them these things are not to be spoken of.”

Wendy Doniger’s remarkable book The Hindus: An Alternative History makes it clear that ancient Hindu texts not only were explicit about sexuality; they reveled in it. That doesn’t mean they were liberal (adultery was punished with death, and homosexuality was mostly frowned upon), but there were words available to talk about sex, and these words reflected an underlying assumption that sexuality was a major part of people’s lives. In today’s India, history is being rewritten to reflect a new understanding of what makes a good Hindu. The result is a growing fundamentalism, in which silence on certain issues is mandatory.

As we sat in the workshop, many of us were thinking with trepidation about the long road ahead of us if we did indeed “break the silence.” Where would it end? Acknowledging sexuality and desire in people with disabilities, especially cognitive disabilities, summons all sorts of fears in their parents, caregivers, and the rest of the community (most of whom are uncomfortable about their own sexuality, too). What about pregnancy? What about same-sex attraction? What about the unacknowledged realities of incest and sexual abuse that so many people with disabilities suffer? How many rocks are we prepared to look under?

The challenges are enormous. Finding the right words, so that we can speak about these challenges openly, is the first step toward addressing them.