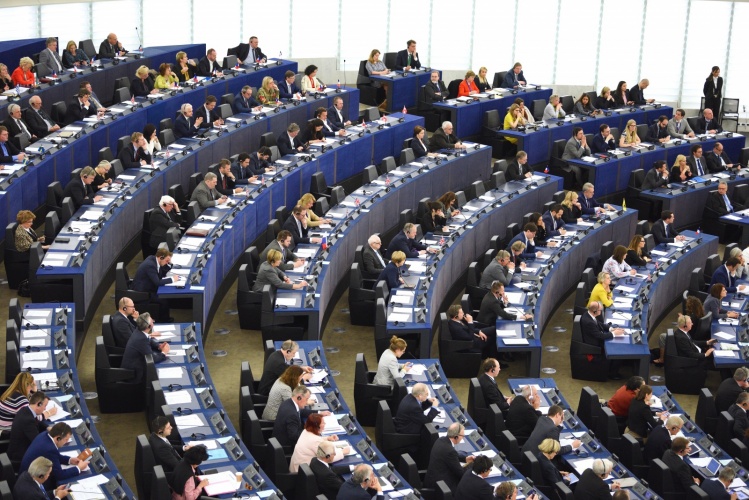 On May 9, 1950, Robert Schuman, the French Foreign Minister, delivered one of the twentieth century’s most significant speeches. Its purpose was to propose that France and Germany, joined by other interested European states, should place their production and distribution of coal and steel under a “Higher Authority.” Schuman’s immediate goal was to integrate and thereby control a revitalized German economy. But Schuman also pointed to the eventual creation of an “organized and living Europe” that would provide the basis for a lasting peace. This Europe, he argued, “will not be made all at once, or according to a single plan. It will be built through concrete achievements which first create a de facto solidarity.” These modest phrases expressed a grand strategy of historical change resting on the conviction that the same gradual accumulation of individual actions that created and sustained market economies could also transform international relations. In a world governed by “de facto solidarity,” individual states might continue to exist but they would lose the incentive—and eventually the ability—to fight one another. Like the economy, the international order would be shaped by productive and necessarily peaceful competition.

No one who listened to Schuman’s brief remarks on that May afternoon could have imagined “the organized and living Europe” that now exists. In April 1951, six states (France, Italy, West Germany, Belgium, Luxembourg, and the Netherlands) signed a treaty establishing the European Coal and Steel Community; in 2022, the European Union has twenty-seven members and extends from Portugal to Poland, the Baltic to the Mediterranean. The ECSC’s original institutions—a commission, parliament, and court—have grown enormously. The European Parliament, for example, has 705 members (directly elected since 1979), who are supported by a staff of seven thousand functionaries. The EU’s compilation of laws, rights, and regulations (the so-called acquis communautaire), which covers everything from the movement of goods and people to the placement of electrical outlets, fills 90,000 pages. As Perry Anderson points out in his book, Ever Closer Union?, the U.S. tax code, which is notorious for its arcane complexity, takes up a mere 6,500 pages.

Only three of the four essays in Anderson’s book are about the European Union. In the first, a long and acute analysis of the work of Adam Tooze, an economic historian who teaches at Columbia, the EU makes no more than a brief appearance. The second essay is a respectful but highly critical account of the career of Luuk van Middelaar, whose 2013 book, The Passage to Europe: How a Continent Became a Union, is one of the most interesting books about European integration to appear in the past two decades. Anderson’s own views on the EU are in “The Rivets of Unity,” which is the essay that most readers will find especially helpful. The concluding chapter, “The Breakaway,” considers Brexit; it is necessarily inconclusive because the course and consequences of Britain’s departure from the EU are by no means settled.

The three chapters on the EU originally appeared in the London Review of Books. Like many of the essays in the LRB, they are erudite, vividly written, and have a tendency to wander away from the matter at hand. One might wonder, for instance, why Anderson concludes his account of van Middelaar with ten pages on Friedrich Gentz, a nineteenth-century conservative publicist. Gentz and van Middelar do have some things in common, but hardly enough to justify this extensive rehearsal of Gentz’s life and thought. Here and elsewhere, both the author and his readers would have benefited from a firmer editorial hand.

The European Parliament is indeed a representative institution, but what it represents is a fragmented political community that is unable to play an active role in decision-making.
sharetweet

Anderson takes a rather dim view of the EU. He dismisses (rather too readily, in my opinion) the European project’s alleged accomplishments—international peace, human rights, social solidarity, and economic growth, all of which, he argues, are either overstated or the result of other developments. In the end, he acknowledges only two benefits from European integration: the free movement of people across borders within the Schengen zone (which overlaps but does not coincide with the EU) and the presence of some attractive goods on the shelves of members’ supermarkets. These modest advantages, combined with the force of habit, may be enough to engender “listless assent” from Europeans, a commitment that falls far short of the exalted aspirations of Europe’s advocates but may be enough for its survival.

Anderson’s principal criticism of the EU is its essentially undemocratic character. As he correctly points out, the institutions that have the greatest impact on people’s lives—the commission, court, and central bank—are set apart from the influence, or even the scrutiny, of a European public. The Council of the European Union (not to be confused with the European Council or the Council of Europe), which has become increasingly powerful in the past few years, is composed of ministers from the member states who meet in secret and make their decisions by consensus. The least significant element in this institutional array is the European Parliament, which is, in Anderson’s acerbic summary, more like a “court musician” than a “tribune of the people.”

Despite this cascade of criticisms, Anderson recognizes that there is every reason to believe the EU is here to stay. After the Brexit catastrophe, it is unlikely that any government will hold a referendum on its country’s membership any time soon. Moreover, as Anderson correctly notes, leaving the EU was an option for Britain only because it did not belong to the European monetary union. For the nineteen countries (including Europe’s most important economies) that use the euro, replacing it with national currencies would be extraordinarily difficult to accomplish and would have incalculable economic consequences.

To understand the EU it is important to recognize that it is unlike any other political organization: more than a confederation of sovereign states (like NATO or the UN), but not quite a federal state (like the United States or Germany). Since the 1950s, the economic cooperation of the EU’s members has led them to accept restrictions on their sovereignty that would have been unimaginable before 1945. But the EU’s member states, contrary to what some Europeans hoped, have not disappeared; indeed there are indications they have become stronger and more assertive. Moreover, it is in the member states that a political public continues to influence decision-making. The EU is not—and shows no signs of becoming—a democracy for the simple-yet-significant reason that there is no European demos. The European Parliament is indeed a representative institution, but what it represents is a fragmented and largely inert political community that is unable to play an active role in decision-making, let alone bear the burden of sovereignty.

As Schuman had predicted seventy years ago, Europe has developed without a plan. Its “de facto solidarity” is still very much a work in progress, responding to historical challenges and opportunities. But like so many of our contemporary political institutions, it is much easier to point out the EU’s shortcomings than it is to show how—or why—it can be replaced.