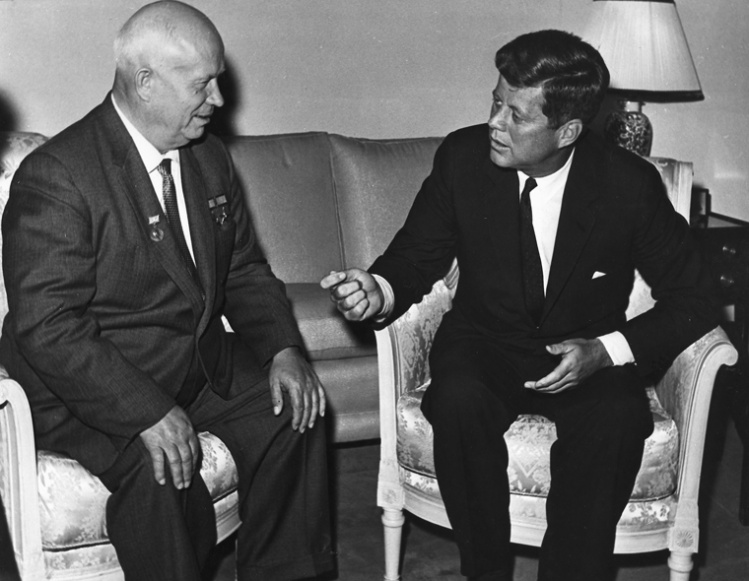 Born and raised in Norway, Odd Arne Westad is a prize-winning historian, who now teaches at Harvard. In The Cold War, he has written a very big book. The result qualifies as a goldmine of sorts. That is, it contains occasional nuggets. Unfortunately, unearthing those nuggets requires patience and persistence.

The episode commonly referred to as the Cold War, lasting from the mid-1940s to the late 1980s, ended more than a quarter-century ago. Readers who are not especially knowledgeable about all that occurred during that interval—and today there are surely many—will find Westad’s account instructive. Global in scope, it is comprehensive and, given the ground it covers, succinct. With rare exceptions, it gets the facts right.

It is also conventional. Those familiar with the principal political, diplomatic, and military events of the period won’t find much here that they don’t already know.  The Cold War will not make them think anew about the past and the relationship of past to present. The nuggets it yields tend to be small. In that regard, it disappoints.

Westad describes the Cold War as a product of ideological competition and geopolitical upheaval. Ideologically, it pitted capitalism against socialism, or “the market, with all its imperfections and injustices” against “the plan, which was rational and integrated.” Geopolitically, according to Westad, the Cold War represents “a stage in the advent of U.S. global hegemony.”

In the decades following its Civil War, the United States had muscled its way onto the global scene as “an international troublemaker.” Indeed, Westad writes, “The history of the world in the late nineteenth and early twentieth centuries is first and foremost a history of the growth of American power.” The new arrival on the world stage was a destabilizing force. It “refused to play by the rules.” America’s “ideas were revolutionary, its mores were upsetting, and its doctrinarism dangerous.”

Possessing a “foreign policy ideology of great force and coherence,” the United States “felt an obligation” to the rest of the world to “re-create it in the U.S. image.” Europe’s collective suicide, which commenced in 1914, presented the United States with an opportunity to do just that. By 1945, only the Soviet Union, representing an alternative future and supported by the Communist faithful around the world, stood in the way.

Westad fingers the United States as principal instigator of the ensuing quarrel. Devastated by their clash with Nazi Germany, the Soviets “did not have a master plan for what to do in Eastern Europe when the war was over.” In a vastly more favorable position, Washington “should have done more to keep open channels” of trade and communication. Instead, it opted for “containment rather than the integration of [the] Soviet Union” into the postwar order. In short, the Americans might have cut the Kremlin some slack, Westad believes, but they chose otherwise.

Having explained the origins of the conflict, Westad then embarks on a Long March across four crisis-punctuated decades, employing the Soviet-American rivalry as an all-purpose interpretive lens. “Over and over,” he writes, “events that were in origin local and specific metamorphosed into manifestations of a global struggle.” Given the expanse of material covered, many of those events receive only cursory attention. So the creation of NATO, the Suez Crisis of 1956, the 1968 Soviet intervention in Czechoslovakia, and the fall of the Berlin Wall each get roughly three pages.

Sprinting from episode to episode, Westad rarely has anything original to say about any of them. At times, the text reads like a very long Wikipedia entry. The narrative drags. When The Cold War finally reaches its conclusion, the reader is likely to feel as exhausted as were participants in the Cold War itself.

The reader is likely to feel as exhausted as were participants in the Cold War itself.
sharetweet

My own view is that the long twilight struggle ended when it did and as it did for two reasons. First, the United States demonstrated a greater capacity to recover from its own egregious errors—e.g., Vietnam—than did the Soviets from their egregious errors—e.g., Afghanistan. Whatever its “imperfections and injustices,” capitalism possessed a resilience that Marxism-Leninism, however “rational and integrated,” lacked.

Second, with Communist regimes failing from one decade to the next to make good on their promises, the peoples of the Soviet empire finally decided that they had had enough. Led by courageous dissidents, they refused to submit further. Efforts by reformers such as Mikhail Gorbachev to shore up a failing system served only to expose its loss of legitimacy. If I read Westad correctly, he largely agrees with that interpretation.

To put it another way, although Westad’s rendering of the Cold War’s origins overstates the case, the United States always had a stronger hand. From the outset, the contest was America’s (and the West’s) to lose. Ultimately, the side scoring fewer goals against itself prevailed.

Crucially, the vast arsenals accumulated by the chief protagonists were incidental to the eventual outcome, even if policy elites in Washington have yet to absorb that fact. Instead, they remain as enamored with armed might as they were back when “the Reds” were supposedly hell-bent on world conquest. Thus does the Cold War continue to cast a very long shadow.

Yet in the present moment, shadows are not helpful. The times call for new sources of illumination, which historians ought to provide. On that score, cramming the myriad events of the postwar era into a box labeled “Cold War” impedes rather than enhances our understanding.

The problem begins with the term itself. With the passage of time, it no longer adequately describes the period to which it is commonly applied. To perpetuate its use constitutes a failure of historical imagination. We need to remember differently.

In that regard, the putative hegemony that the United States “won” by besting the Soviets should provide a point of departure. Its transitory nature suggests that the rivalry between the two so-called superpowers was only one factor among many shaping the present-day global order. Rather than cementing American dominion, as Westad claims, the postwar decades actually served to redistribute and disperse power. It also inaugurated new forms of competition involving a different roster of competitors, not all of them traditional nation-states.

Westad gives us an old story. We deserve a new one. The time is ripe for some enterprising young historian to write a book called Cold War: Not. My earnest hope is that it will be shorter than this one.