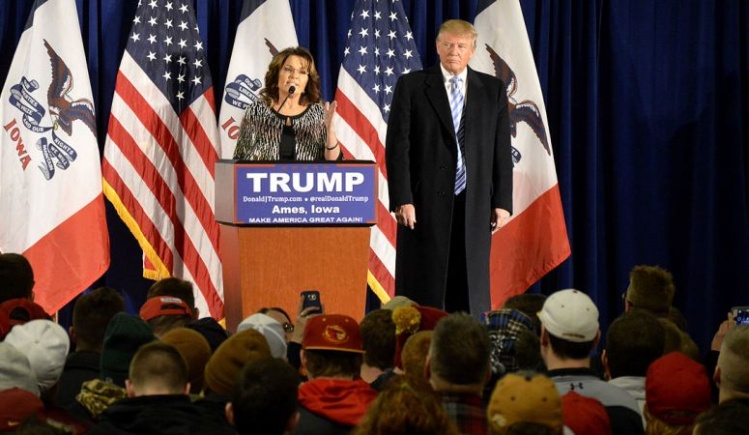 From my office window in Princeton I look out across the street to Morven, the home of Richard Stockton. He signed the Declaration of Independence on behalf of New Jersey. George Washington and James Madison dined with him while the Congress met in Princeton in the summer and fall of 1783. Washington had earlier marched his army past Stockton’s front door, en route to defeating the British at Yorktown. Madison’s student years in Princeton influenced his later thought. Morven is a good view to have when contemplating this year’s presidential primaries. What are the contenders for the presidency making of the founders’ bounty?

Bounty, like beauty, is in the eye of the beholder. I am a Scot, looking out over the American political landscape from the perspective of a small country that made its own contribution to the founding of the United States. New Jersey’s other signatory in 1776 was my fellow Church of Scotland minister, the Reverend John Witherspoon. He left Scotland for Princeton in 1768 to become president of the College of New Jersey. There he taught James Madison and generations of students who would later play key roles in the public life of the new nation. After Lafayette, Witherspoon may well be the most influential non-native-born member of the Revolutionary generation. He introduced his students, including Madison, to the moral philosophy of the Scottish Enlightenment, shaping their young minds and the young republic’s mores.

As I watched the television debates, I wished the rivals from both parties had sat with Madison in Witherspoon’s classes. While presidential elections have always been raucous affairs, a nobler vision of political debate was offered by this Scottish founding father. As William P. Miller has shown, Witherspoon was a civic humanist who drew on Aristotle and Cicero in the promotion of the moral purpose of public eloquence. For these ancient writers, “the good man speaking well was a political and ethical ideal as well as the abiding goal of rhetorical study.” Witherspoon put their public ideal into pedagogical practice: “At Princeton he delivered his lectures on eloquence along with his lectures on moral philosophy to both third- and fourth-year students, and he established a rigorous program of public speaking and composition exercises that frequently addressed contemporary political issues.” As the first theorist of rhetoric in America, Witherspoon knew the potency of public speaking. In his Lectures on Eloquence he observed that “oratory has its chief power in promiscuous assemblies, and there it reigned of old, and reigns still, by its visible effect.” Neither Witherspoon nor his star student could have imagined the visible effect of promiscuous oratory on this year’s primary voters. Despite writing some ribald verse in his student days, the co-author of the Federalist Papers and the Constitution would surely deplore the descent into anatomical comparison by candidates for the republic’s highest office. It is time to prescribe the Doctor’s Elixir for such surly apprentices.

HAPPILY, JUST SUCH a moral medicine for fevered speech has been patented in time for this presidential election. In Prophecy Without Contempt, Cathleen Kaveny offers a study of religious discourse in the public square that is worthy of Witherspoon. She replenishes the bounty of his lectures on eloquence with her own original account of public speech in America’s past, present, and possible future.

Kaveny teaches law and theology at Boston College as well as writing a column for Commonweal. In her book she argues that the present sorry state of public discourse cannot be explained by the fragmentation of moral traditions, the rejection of public reason, or the transgression of civility, as Alasdair MacIntyre, John Rawls, and Stephen Carter would have it. She looks instead to the neglected study of rhetoric in American public life. In particular, Kaveny examines a type of Puritan sermon known as the jeremiad, which judged the faults of God’s elect in New England in the same terms used by the prophet Jeremiah in his condemnation of the sins of ancient Israel. The City upon a Hill did not always live out its confession. It was the duty of the preacher to warn of God’s wrath and hold out the promise of mercy to its penitents. Far from enervating the condemned, the jeremiad spurred the elect to renewed holiness—making godliness great again, we might say.

The timely genius of Prophecy Without Contempt lies in its examination of the rhetoric of contemporary moral and political debates in light of this tradition of the American jeremiad, which she sees running through the American Revolution and Civil War into the present. Although Kaveny deliberately ends her study with the presidential election of 2004, when speeches were pitched to attract the “moral voter,” she offers an essential perspective on the 2016 primaries. An angry God has been replaced by an angry electorate. In response, the jeremiad has found a new lease on life. Those dispossessed of the American Dream flocked to the two unlikely prophets in this surprising primary season, Donald Trump and Bernie Sanders. The most experienced candidate for the presidency in generations, Hillary Clinton, sounded a more cautious note, talking soberly of the hard choices and modest advances that are the lot of every occupant of the White House. This primary season was a contest between anger and administration.

Is it possible to combine these different rhetorical styles of prophetic indictment and practical deliberation in the religious and public discourse of contemporary America? Kaveny certainly thinks so, offering an ethic of prophetic rhetoric with criteria for condemning fundamental flaws in the life of the community without treating some in that community as implacable enemies. She argues that both forms of speech are needed, while issuing a word of warning:

Moral deliberation—as a form of practical reasoning—is our basic and ordinary moral language. It provides the framework for the countless decisions we make every day, which can have a range of implications for our moral life. Prophetic rhetoric is, by its very nature, an extraordinary form of moral discourse; its purpose is not to replace moral deliberation but to return it to health.... The goal of prophetic rhetoric is the reestablishment of a healthy, functioning political context for moral deliberation and decision. Yet the destructive aspects of prophetic discourse on the body politic are not negligible.... Those considering whether or not to invoke prophetic discourse...do well to consider whether the cure will cause more harm than the disease.

The troubling rhetoric of this election year raises such questions. Would the angry cures offered by Trump and Sanders prove worse than the disease? Will another safety-first Clinton administration reestablish a healthy, functioning democracy in America? The electorate will give the definitive answer in November. Cathleen Kaveny has provided her fellow citizens with a profound way of understanding their present choices and future health.

IN THE MEANTIME, this Scot in Princeton must return to his distinguished predecessor for a concluding thought on the upcoming election. Pace the brilliant Boston author of Prophecy Without Contempt, New England Puritans did not have all the best jeremiads! There was also a Scottish tradition in the genre, and John Witherspoon made full use of it in defense of American independence. On May 17, 1776, he preached a sermon on The Dominion of Providence over the Passions of Men. He took as his text Psalm 76:10, “Surely the Wrath of Man shall praise thee: the remainder of Wrath shalt thou restrain.”

The first half of the sermon follows the classic Scottish pattern of the jeremiad with its three principles: the total depravity of humankind; the corrective nature of divine punishment; and the providentially ordained consequences of wicked intentions and actions. Witherspoon then applies these principles to the American case:

I willingly embrace the opportunity of declaring my opinion without any hesitation, that the cause in which America is now in arms, is the cause of justice, of liberty, and of human nature.... I am satisfied that the confederacy of the colonies, has not been the effect of pride, resentment, or sedition, but of a deep and general conviction, that our civil and religious liberties, and consequently in a great measure the temporal and eternal happiness of us and our posterity, depended on the issue.

Significantly, Witherspoon’s sermon on the eve of the Declaration of Independence meets Kaveny’s criteria for prophecy without contempt. As the historian Richard B. Sher points out, Witherspoon made only mild arguments to justify the Revolution and refused to waste words attacking British motives or policies. Similarly, we need to name the anger of voters but only in the restrained rhetoric of the common good. But will the next president? We may need the reassurance of the Scottish jeremiad that mercy trumps wrath. Let Madison’s teacher have the last word: “while the storm continues, his mercy and kindness shall appear in prescribing bounds to their rage and fury.”