Is the Gun Lobby Finally Cornered? 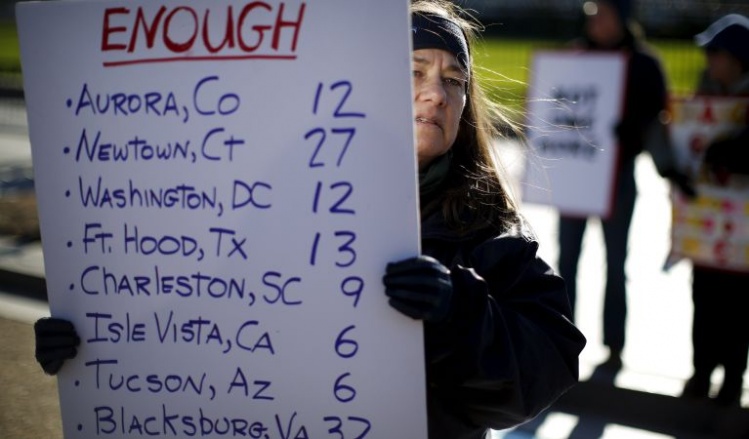 A political crisis is usually preceded by an intellectual and moral crisis. Dominant ideas that once seemed to hang together lose their hold when they are exposed as contradictory and incoherent.

Similarly, moral claims made on behalf of a worldview can, gradually or suddenly, come to be seen as empty. Demoralization comes before defeat.

This is what happened in the Soviet Union. A corrupt and dictatorial system fell for many reasons, but its demise became inevitable when even those with an interest in mouthing the old slogans and defending the old ideology came to realize that almost everyone around them thought they were extolling bunk.

But a crisis can also develop around particular issues in democratic countries. This is what’s happening now to those who maintain an absolutist position in opposing all new measures to limit the use of firearms.

The contradictions of the gun lobby’s worldview are not new, but it has taken a terrorist hate crime at an Orlando nightclub to force even the most slavish congressional followers of the National Rifle Association to rethink whether they can continue to resist every effort, however modest, to prevent violence.

Those of us who have long favored what we typically call “common-sense gun laws”—including background checks, an assault weapons ban and restrictions on the ability of terrorism suspects and the mentally unstable to buy guns—have always seen the absolutists’ position as nonsensical. This is why we consider our ideas “common-sense.” Judging by most of the polls, a majority of the country agrees with us.

The truth is we already accept the need to subject the right to bear arms to reasonable restrictions. Otherwise, we would repeal laws regulating the ownership of machine guns and rocket-propelled grenade launchers. (Imagine the bumper sticker: “If RPGs are outlawed, only outlaws will have RPGs.”)

Those on our side of this debate cannot understand how earlier horrors, particularly the mass murder of children at Sandy Hook, did not change the hearts and minds of our opponents. Surely something is terribly wrong with laws that make such mass killings routine in the United States in a way they are nowhere else in the democratic world. But even very moderate legislation was defeated.

What makes Orlando different is the clash the attack revealed between two powerful impulses of contemporary conservatism: the reflexive hostility to gun restrictions and the incessant assertion that we must do what it takes to protect the United States from terrorism. If you believe the second, you really can’t believe the first. This has always been true, but the murder of forty-nine people by a terrorist made the incongruity so stark that Donald Trump was moved to suggest he would talk to the NRA about ways to keep guns out of the hands of terrorists.

One can be skeptical about whether Trump will go beyond the NRA’s ineffectual solutions to the problem. But Trump’s verbal shift was a telltale sign of an intellectual system that is crumbling.

And the demoralization of one side in a debate is often accompanied by new energy on the other. This is why the Senate filibuster last week to force votes on gun restrictions led by Sen. Chris Murphy, D-Conn., was so important.

There was power to Murphy’s witness itself, coming as it did from a politician whose constituents include the families who suffered grievously at Sandy Hook. And his rejection of business as usual showed that the long accumulation of massacres has broken the patience of those demanding action. It was a signal that advocates of sane gun laws have moved off the defensive.

Since the NRA-inspired backlash against the gun laws passed in the 1990s, Democrats have been paralyzed by the fear that taking a strong stand on guns would be electorally hazardous. The rallying to Murphy and also Hillary Clinton’s aggressive use of the gun issue in her presidential campaign suggest that the toll taken by mass shootings is changing this political calculus.

After Orlando, it’s the gun-sanity rejectionists who are feeling the pressure.

It takes time for new political realities to take hold. The gun lobby still has many obedient followers in Congress. The Republican Party is still dominated by those who will do whatever the NRA tells them to do.

Nonetheless, even the most fervently held dogma is not immune to reality and logic. The collapse of the opposition to reasonable steps toward making us a safer country may not happen all at once. But it is in sight.

Whose Supreme Court Is It?